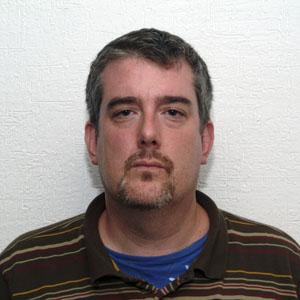 (CBS/AP) PHOENIX - Police have arrested a U.S. man for allegedly smuggling as many as 2,000 grenade parts into Mexico for drug cartels in a U.S. Bureau of Alcohol, Tobacco, Firearms and Explosives operation known as "Fast and Furious."

Mexican police identified the man as Jean Baptiste Kingery. Investigators say the arrest has provided details on a network that allegedly supplied grenades to Mexico's powerful cartel, Sinaloa. Numerous grenades have been blamed in the injuries or deaths of dozens of civilians in Mexico, where grenades have been tossed into public squares, bars and nightclubs.

Operation "Fast and Furious" was designed to track small-time gun buyers at several Phoenix-area gun shops  to make cases against major weapons traffickers. But a congressional investigation says ATF agents lost track of about 1,400 of the more than 2,000 guns whose purchase they had watched.

In Washington D.C., Justice Department spokeswoman Tracy Schmaler said the department's inspector general has now expanded that investigation to include the Kingery case.

"The department is aware of concerns raised" about the Kingery case "and has been looking into it," said Schmaler. "We have notified Congress about this operation and offered to brief them on it."

Schmaler did not say specifically why the grenade-smuggling case was being investigated, but the Wall Street Journal reported that Kingery had been detained in Arizona in June 2010 and then released. Officials reportedly wanted to use him as an informant or in a sting operation.

However, the ATF refused to confirm that report. Spokesman Drew Wade said "we can't confirm or deny the existence of an ongoing criminal investigation."