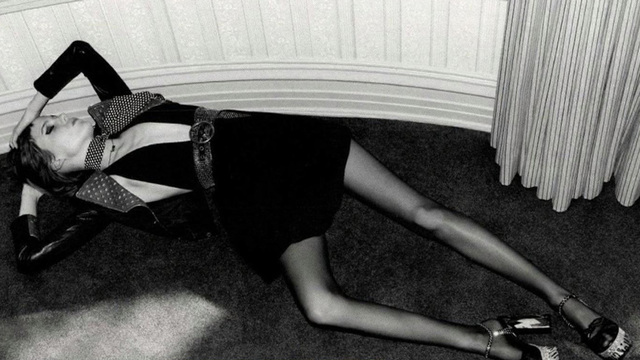 An advertisement for fashion brand Yves Saint Laurent that appeared in Elle UK magazine has been banned after a regulator deemed the model depicted in the ad as "unhealthily underweight."

"A lot of people are looking at these advertisements," Advertising Age deputy managing editor Natalie Zmuda said on "CBS This Morning" Thursday. "But in the fashion world, skinny is still selling a lot."

The U.K.'s Advertising Standards Authority thought that this ad in particular was "irresponsible," citing the model's visible rib cage, thin knees and thighs, and a pose that drew attention to her narrowness.

Unlike the United States, the U.K. gives wide authority to ban ads. One consumer complaint can get an ad banned across the country quickly. In the U.S. the market has all the power.

"In the U.S., it's businesses that make complaints about competitors and it takes a longer period of time," Zmuda said.

In the U.K., this incident definitely sends a message to the industry that these types of images will not be tolerated. The ASA is taking a stand against ads that they find harmful, misleading, or offensive.

President Biden's plans on the line

For example, an ad campaign that was already banned in the U.K. is now on a front and center billboard in Times Square. 'Are You Beach Body Ready?' the ad asks over a woman's body in a bikini. The company, Protein World, says despite all of the complaints in the U.K., the controversy has helped them make enough money to expand the campaign to the U.S.

After all of the harmful effects these types of images have had on body-image and health it's hard to understand how they can continue to appear in the media.