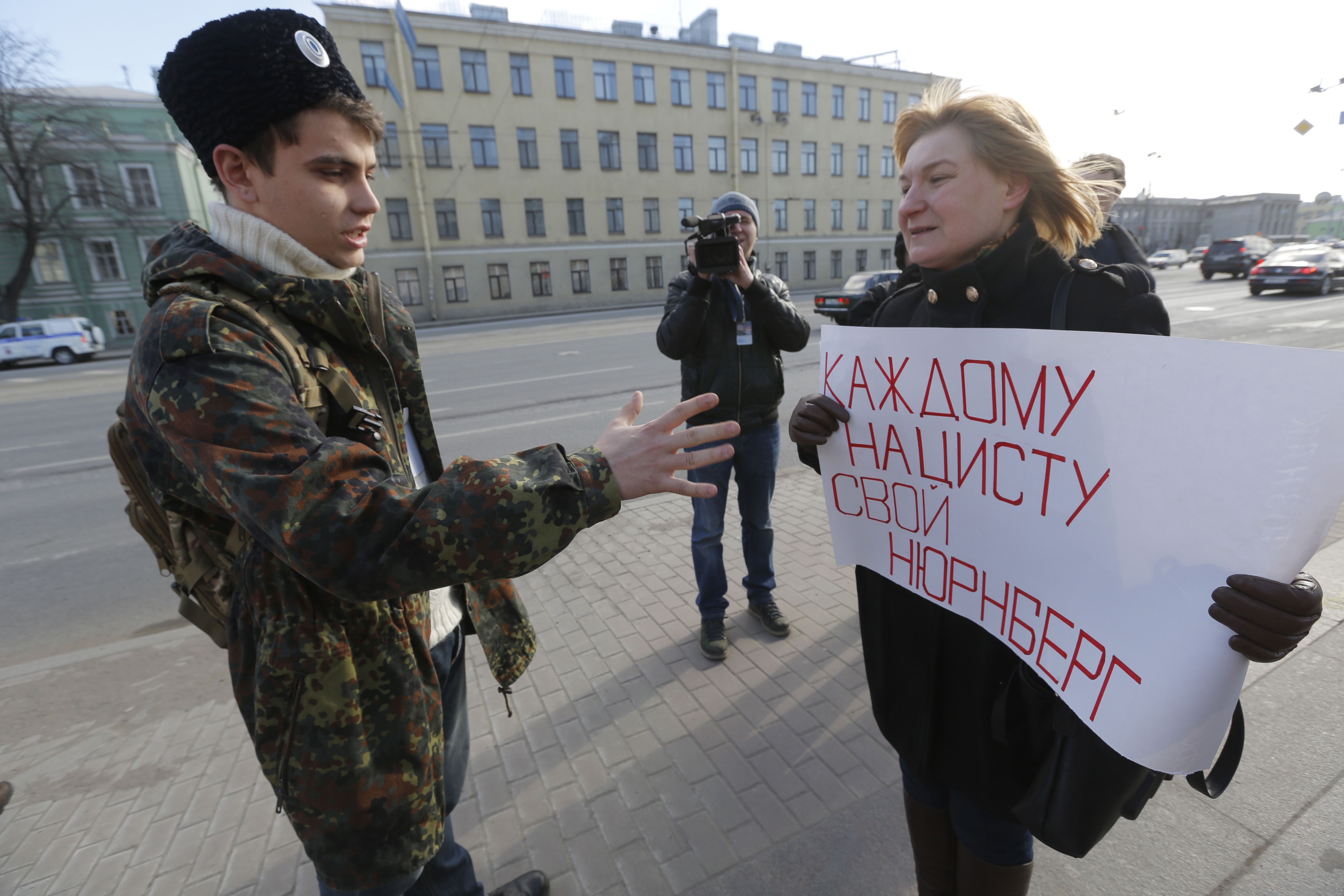 ST. PETERSBURG, Russia - Nationalist supporters of Russian President Vladimir Putin brought together controversial far-right politicians from across Europe on Sunday in an effort to demonstrate international support for Russia and weaken European Union commitment to sanctions imposed on Russia over its role in Ukraine.

Putin's critics pointed to the irony of St. Petersburg, his hometown, welcoming neo-Nazis as Russia prepares to celebrate the 70th anniversary of the Soviet Union's victory over Nazi Germany in World War II.

The meeting drew about 40 protesters, who held signs denouncing fascism, and about eight of them were detained by police.

Among the more prominent Europeans at the gathering was Nick Griffin, the expelled former leader of the anti-immigrant British National Party, who accused the U.S. of aggravating the confrontation in Ukraine, where more than 6,000 people have been killed in fighting between government troops and Russia-backed separatists.

"The people running the U.S. and their puppets in the European Union are doing everything they can, whether deliberately or just by stupidity, to drag us into a terrible war," Griffin said.

He spoke out against the EU sanctions, as did Udo Voigt, a senior figure in Germany's neo-Nazi fringe National Democratic Party, who was among several members of the European Parliament who attended the St. Petersburg gathering. Griffin lost his seat in the EU body last year.

The Russian nationalists who participated included Alexei Zhuravlev, a member of Russia's parliament, and Cossacks. Many Cossacks, descendants of the czarist-era horsemen who defended Russia's borders, have fought alongside the separatists in eastern Ukraine.

The participants had planned to sign a resolution at the conclusion of the forum, but the hotel where they were meeting was evacuated because of a bomb threat and they dispersed.