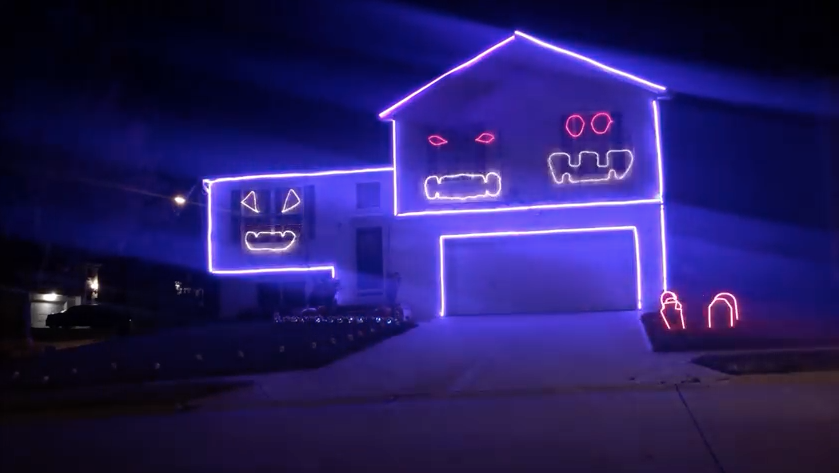 Sabrina Glozeris and her husband, Paul, set up a stunning light show outside of their house in Omaha, Nebraska, that the internet can’t stop talking about.

When the “Go Cubs Go!” song plays, the house lights up in bright red and blue team colors, and characters located on three different parts of the house move their mouths to “sing along” the music.

The couple — Chicago natives and die-hard Cubs fans — started setting up the display weeks ago.

“The hard part is syncing up the lyrics to the mouth movements,” Sabrina Glozeris told CBS News. “It’s like animation in a way, you have to go slow and make sure everything looks right.”

A video of the creative display is now going viral, as Cubs fans cheer on their team during the World Series.

“We get asked a lot how our neighbors feel about it,” Glozeris said. “They all seem pretty cool with it and even were looking forward to it this year.”

Plus, the show only runs on weekends (and Halloween) until about 9 p.m., Glozeris said.

The couple hopes Cubs fans enjoy the display online, even if they can’t witness it in person.

“Our parents were fans and instilled Cubbie love in us early,” Glozeris said.