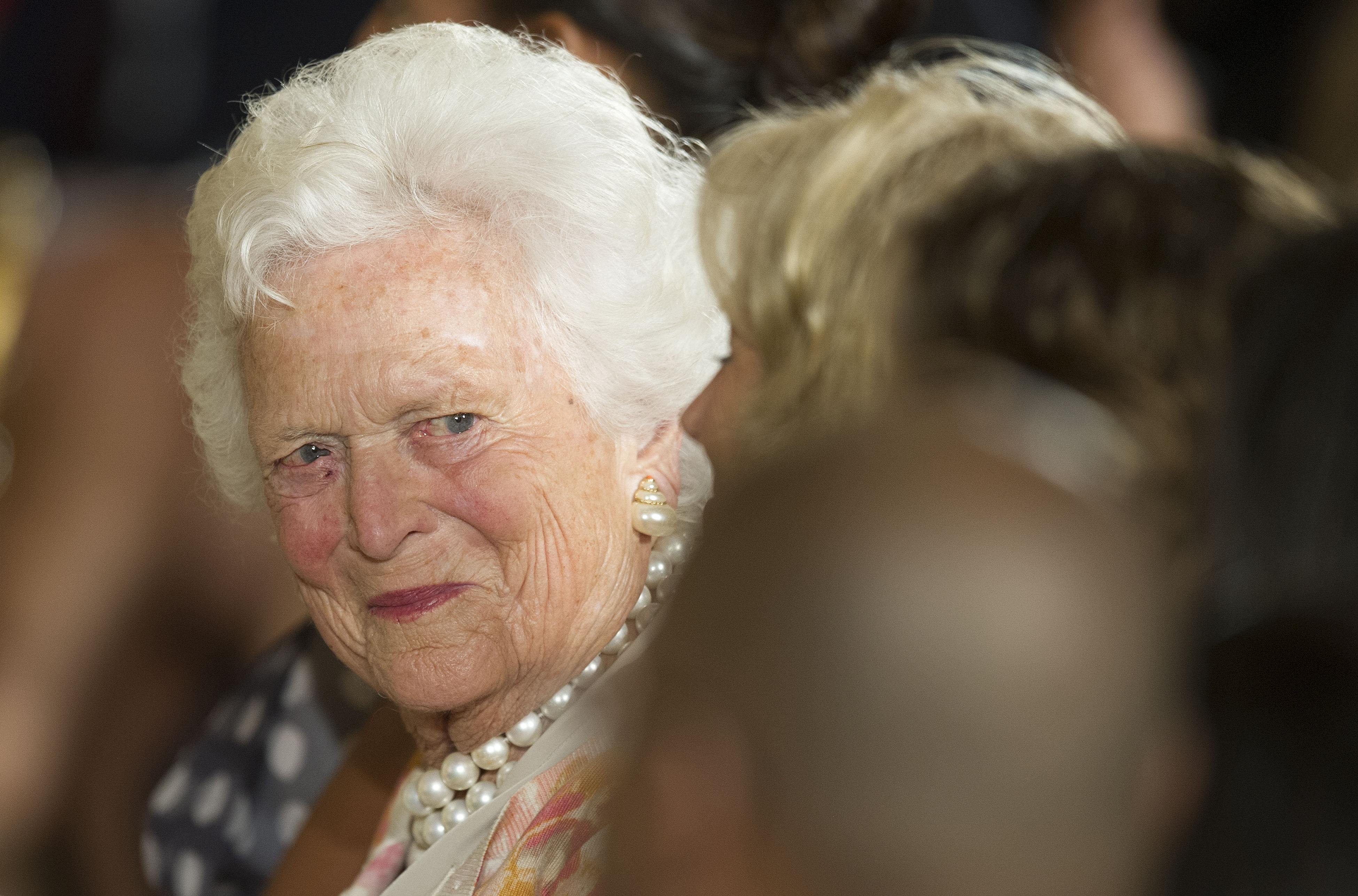 Jenna Bush Hager, an anchor on NBC's "Today" show, told the program Monday morning that her grandmother, former first lady Barbara Bush, is resting comfortably with her family and is in "great spirits." "She's a fighter. She's an enforcer," Hager said, adding, "She reminded me not to believe everything you read."

"We're grateful for her, for everybody's prayers and thoughts, and just know the world is better because she is in it," Hager said.

Hager also commented on her grandparents' relationship, telling viewers, "She's with my grandpa, the man she's loved for over 73 years. They are surrounded by family, but I think the fact that they're together in this, and he still says, 'I love you Barbie' every night is pretty remarkable." Barbara Bush and her husband, the former president, have been holding hands when he is by her bedside, the family spokesman said.

Barbara Bush is in failing health and will not seek additional medical care after a series of recent hospitalizations, a spokesman for the Bush family said Sunday.

McGrath did not elaborate on the nature of the first lady's health problems but on Monday said she's suffered in recent years from congestive heart failure and chronic obstructive pulmonary disease. She also has been treated for decades for Graves' disease, which is a thyroid condition, had heart surgery in 2009 for a severe narrowing of her main heart valve and was hospitalized a year before that for surgery on a perforated ulcer.

McGrath also said that Bush even now, is concerned more for her family than herself.

"It will not surprise those who know her that Barbara Bush has been a rock in the face of her failing health, worrying not for herself — thanks to her abiding faith — but for others," he said.