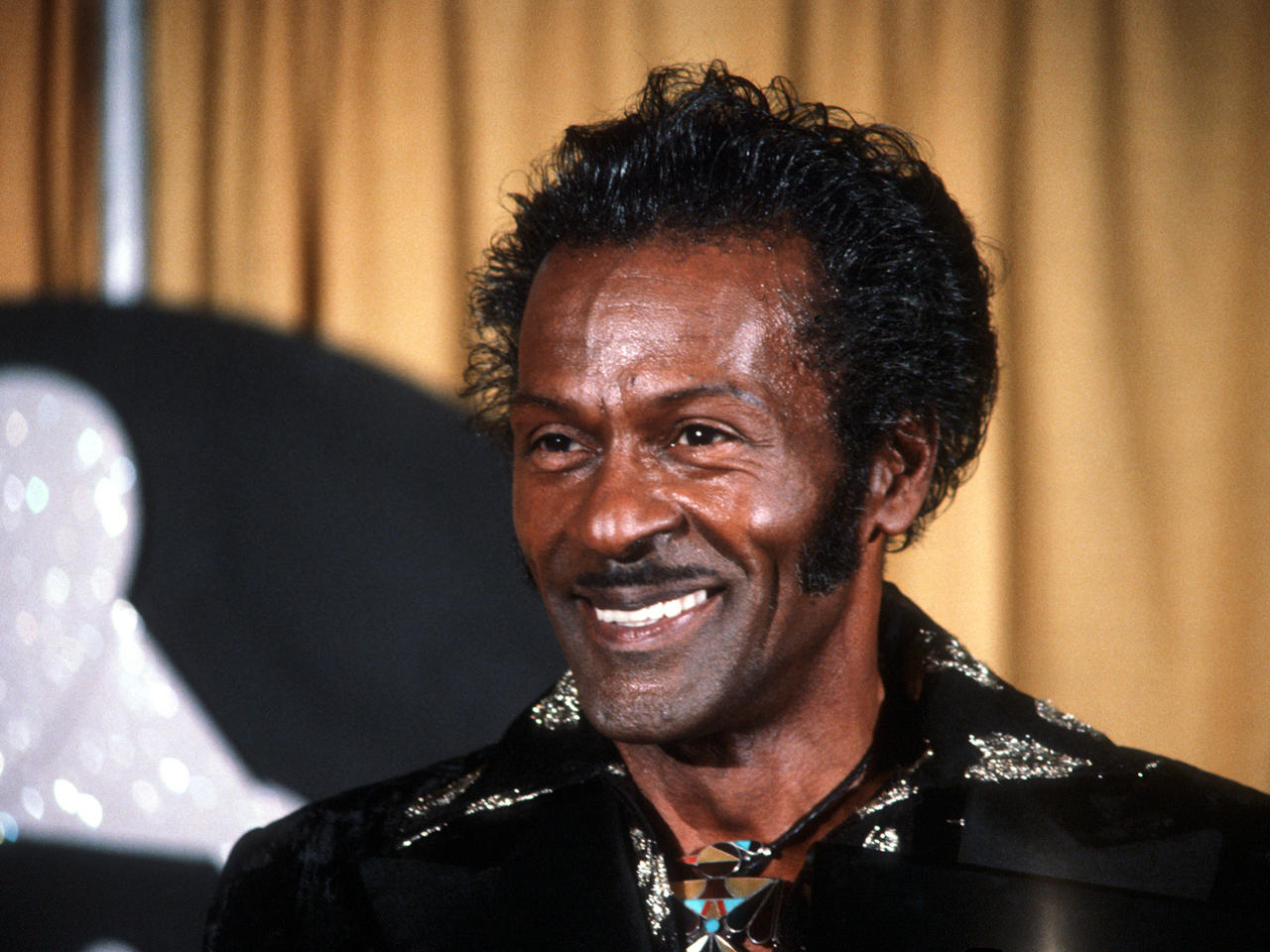 ST. LOUIS — Family, friends and fans paid their final respects to the rock ‘n’ roll legend Chuck Berry on Sunday, celebrating the life and career of a man who inspired countless guitarists and bands.

The celebration began with a public viewing at The Pageant, a music club in Berry’s hometown of St. Louis where he often played. Hundreds of fans filed past Berry, whose beloved cherry-red Gibson guitar was bolted to the inside of his coffin’s lid.

“I am here because Chuck Berry meant a lot to anybody who grew up on rock n’ roll,” said Wendy Mason, who drove in from Kansas City, Kansas, for the visitation. “The music will live on forever.”

Another fan, Nick Hair, brought his guitar with him from Nashville, Tennessee, so he could play Berry’s “Johnny B. Goode” while waiting in line outside.

After the public viewing, family and friends packed the club for a private funeral service and celebration of Berry, who inspired generations of musicians, from humble garage bands up to The Beatles and The Rolling Stones. The service was expected to include live music, and the Rev. Alex I. Peterson told the gathering they would be celebrating Berry’s life in rock ‘n roll style.

Former President Bill Clinton sent a letter that was read at the funeral by U.S. Rep. Lacy Clay because Berry played at both of Clinton’s presidential inaugurations. The St. Louis Post-Dispatch reports that Clinton called Berry “one of America’s greatest rock and roll pioneers.”

“He captivated audiences around the world,” Bill Clinton wrote. “His music spoke to the hopes and dreams we all had in common. Me and Hillary grew up listening to him.”

Gene Simmons of the rock band Kiss wasn’t scheduled to speak but someone urged him to take the podium. Simmons said Berry had a tremendous influence on him as a musician, and he worked to break down racial barriers through his music.

Paul McCartney and Little Richard both sent notes of condolences. At the end of the funeral, a brass band played “St. Louis Blues” while Berry’s casket was carried out.

When Rolling Stones guitarist Keith Richards spoke about Berry at the Rock & Roll Hall of Fame’s 1986 induction ceremony — Berry was the first person inducted from that inaugural class — he said Berry was the one who started it all.

That sentiment was echoed Sunday by David Letterman’s former band leader, Paul Shaffer, who spoke to the St. Louis Post-Dispatch outside the club.

“Anyone who plays rock ‘n’ roll was inspired by him,” Shaffer said.

Berry’s standard repertoire included about three-dozen songs, including “Johnny B. Goode,” ‘’Sweet Little Sixteen” and “Roll Over Beethoven.” His songs have been covered by country, pop and rock artists such as AC/DC and Buck Owens, and his riffs live on in countless songs.

The head of the Rock & Roll Hall of Fame, Greg Harris, said “anybody who’s picked up a guitar has been influenced by him.”

Well before the rise of Bob Dylan, Berry wedded social commentary to the beat and rush of popular music.

“He was singing good lyrics, and intelligent lyrics, in the ‘50s when people were singing, “Oh, baby, I love you so,’” John Lennon once observed.

“Everything I wrote about wasn’t about me, but about the people listening,” Berry once said.