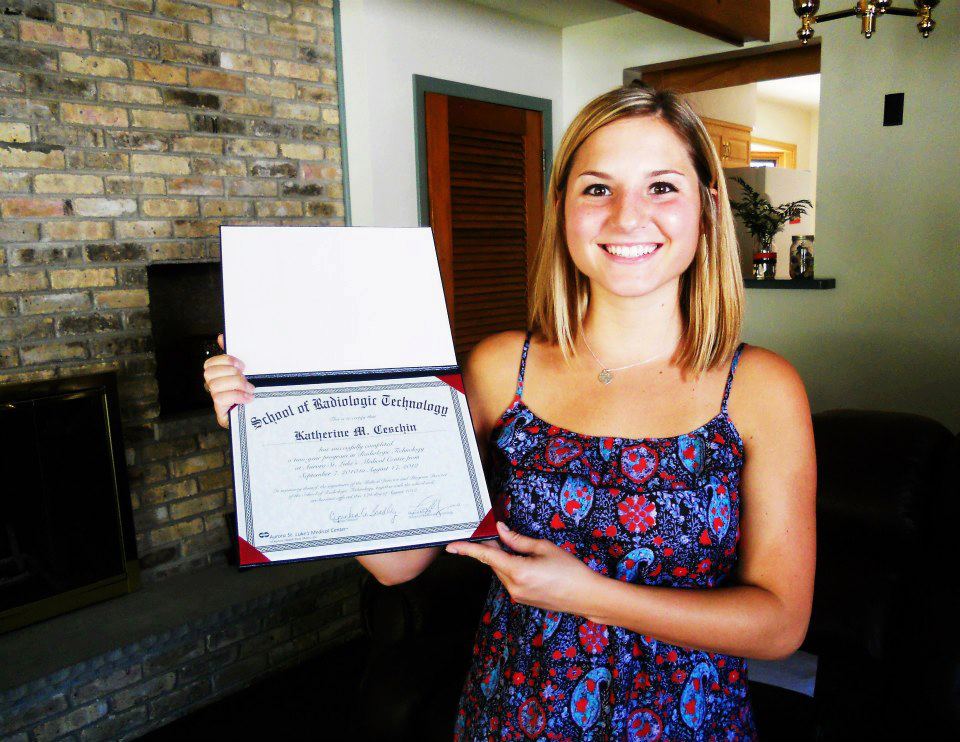 Last December, 26-year-old Katie McQuestion of Kenosha, Wisconsin, went to the hospital with a suspected case of the flu. Four days later, she died.

Doctors told her mother, Ann Ceschin, that her daughter, a radiology technician and newlywed of three months, had contracted sepsis and died of it, though they did not know how she became septic.

Sepsis is the body's overwhelming and life-threatening response to an infection which can lead to tissue damage, organ failure and death. It can happen to anyone with any type of infection. Though most cases occur while patients are in the hospital, people can also acquire it in the community.

Dr. Fredrick Moore, chief of acute care surgery at University of Florida Health and Director of the UF Sepsis and Critical Illness Research Center, likens sepsis to the body's reaction to a very small, but relatable intruder: a splinter.

"If you have a splinter in your hand, you get a local inflammatory response," he said. "You get inflammation and pus, but you don't get sick. Now, say you get a big infection, you have that same local response, but then you also have a whole body response."

According to the Centers for Disease Control and Prevention, there are over 1 million cases of sepsis each year in the United States. Sepsis -- also known as septicemia, blood infection or blood poisoning -- kills more than 258,000 Americans every year, making it the ninth leading cause of disease-related deaths.

Chris Aiello of Chestnut Hill, Pennsylvania, also lost his daughter to sepsis earlier this year. He described Emily as a vibrant 14-year-old, in spite of her cerebral palsy. She developed an infection as the result of spinal fusion surgery in May of 2015. She died of sepsis days later.

Symptoms of sepsis include the presence of an infection, as well of as at least two of the following symptoms: an elevated or lowered body temperature, a fast heart rate, a fast breathing rate and low blood pressure.

If caught early, sepsis is treatable with fluids and antibiotics. But it progresses quickly and if not treated, a patient's condition can deteriorate into severe sepsis, with an abrupt change in mental status, significantly decreased urine output, abdominal pain and difficulty breathing. Septic shock occurs when someone has all of these symptoms plus extremely low blood pressure that doesn't respond to fluid replacement.

Several barriers may get in the way of septic patients obtaining the care they need, including untrained hospital staff who don't recognize the symptoms, delayed communication between doctors, and the lack of appropriate antibiotics readily available at hospitals, Moore explained.

Once a patient has been identified as septic, "the gold standard to get the appropriate antibiotics to patients is one hour," Moore told CBS News. But in most hospitals, "processes of care are just not in place to rapidly give needed treatment. We know that once you become septic, every hour delay that the appropriate antibiotics aren't given, the risk of mortality increases."

Aiello said his daughter Emily had a 103-degree fever and rapid heart and breathing rates. "These are classic symptoms of sepsis, but they [the doctors] waited over 14 hours to take blood to test if she had an infection. After that, it took another eight hours for the results to come back and another two hours to administer the antibiotics. A few hours later, she had coded. It was the most tragic day of my and my wife's life."

Like many Americans, Aiello knew little to nothing about sepsis at the time of his daughter's death. "I had heard of the word before, but not being a medical professional, I wasn't educated on the subject," he said.

According to a 2013 poll by the Sepsis Alliance, fewer than half of adults in the U.S. have heard of sepsis.

Aiello, along with Ceschin and other families who have lost loved ones to the condition, are working to change that. They are members of the recently-launched National Family Council on Sepsis, an initiative of the Rory Staunton Foundation, founded by Ciaran and Orlaith Staunton of Queens, New York, in honor of their son Rory who died at age 12 from sepsis in 2012.

The goal of the Council is to function as a support network for those who have lost loved ones and those who have survived the illness, as well as to educate the public about the signs of sepsis.

"We want everyone to know the signs of sepsis. We want them to be as well-known as the signs of heart attack or stroke," Ceschin said. "Looking back, knowing everything I know now, Katie had every sign of sepsis, but the doctors never thought about it. They never thought that could be it. And because of that, it progressed and she ended up passing from it. I just never want another family to go through this."

The Council is also working to pass a set of regulations in all 50 states requiring every hospital to adopt aggressive procedures for identifying sepsis in patients. The mandate, known as Rory's Regulations, was instituted in New York State -- the only state to adopt the regulations so far -- in 2013.

Setting up protocols to identify and treat sepsis in a timely manner has already proven successful in some hospitals.

Since 2009, North Shore-LIJ Health System in the New York metropolitan area has been working to reduce deaths due to sepsis within each of the approximately 20 hospitals in their network. Overall, the system has reduced its sepsis mortality by 50 percent.

"The initial focus was to assure emergency departments were trained and educated to rapidly identify sepsis," Dr. Steven Walerstein, Senior Vice President of Medical Affairs and Associate Chief Medical Officer for North Shore-LIJ Health System, told CBS News. "Once sepsis is identified, the next step is to get those patients highlighted and targeted to make sure they don't get lost in the craziness of the day-to-day of the emergency department and to make sure the appropriate tests are done and the appropriate treatments given as quickly as possible."

The hospitals took performance measurements of the lengths of time it took to test patients and treat them in order to establish and share best practices, Walerstein said. Once improvements were made in the emergency departments, those protocols were instituted in the general hospital populations.

The University of Florida Health has also set up procedures for training hospital staff to recognize signs of sepsis and get patients the needed care as quickly as possible, including a system that allows paramedics to alert the hospital that they may have a septic patient before they even arrive at the ER. As a result of those efforts, the sepsis mortality rate at the hospital has dropped from 30 percent to 10 to 15 percent, Moore said.

Additionally, the UF Sepsis and Critical Illness Research Center received a grant from the National Institutes of Health last year and is currently working on ways to prevent surviving patients from having repeat sepsis infections.

"Time, energy and commitment are required," Walerstein said, "but it's certainly feasible for any institution to put together a sepsis initiative to improve their management of this patient population."