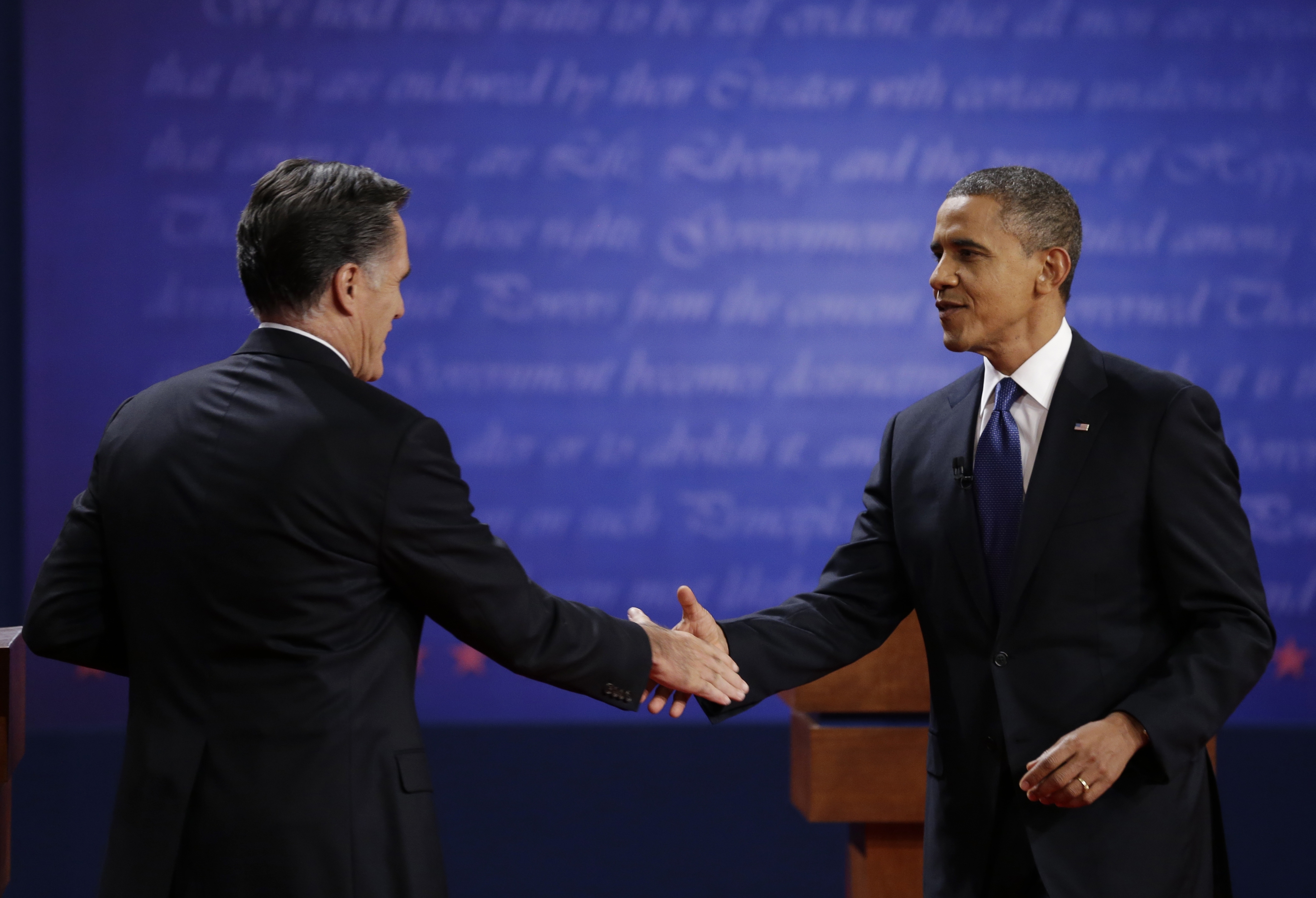 In the first presidential debate of the general election campaign, President Obama and Mitt Romney went head-to-head over issues ranging from health care, to job creation, to tax cuts. Below, CBSNews.com looks into the facts behind those charges.

ROMNEY: "We've got 23 million people out of work or stopped looking for work in this country."

According to the Bureau of Labor Statistics, there were 12.8 million unemployed Americans as of July.

However, if you add up the number of Americans looking for more work, one gets to Romney's figure. The Bureau of Labor Statistics reports that there were 8.2 million Americans in July who were working part-time "because their hours had been cut back or because they were unable to find a full-time job."

Additionally, there were 2.5 million people who were "marginally attached to the labor force." The Bureau explains, "These individuals were not in the labor force, wanted and were available for work, and had looked for a job sometime in the prior 12 months. They were not counted as unemployed because they had not searched for work in the 4 weeks preceding the survey."

This adds up to more than 23 million, figure the Romney campaign has highlighted repeatedly.

The Bureau of Labor Statistics recently announced that private sector job growth likely grew by 453,000 more jobs than previously announced between March 2011 to March 2012 time period - which puts total private sector job growth over the last 30 months at 5.1 million, verifying Mr. Obama's charge. That figure does not take into account the approximately 676,000 public sector job losses that have occurred during the president's term, however, and doesn't include the massive private sector job losses at the beginning of his term. Still, many argue that the president can't be held responsible for those early losses, which were not a result of policies he had implemented.

According to a May study by Sentier Research, an Annapolis-based research firm, real median American income in March was down by $4,300 since January 2009, when President Obama took office. But his statement that gas prices "have doubled under the president" is misleading. The average current gas price is $3.78, slightly more than twice the average gas price the week that the president took office in January. But that figure - an average of $1.85 on January 19, 2009, according to Consumer Reports -- was exceptionally low due to the economic crisis, when prices fell as a result of low demand. According to the American Automobile Association, the average national gas price was just 16 cents lower than it is now -- $3.62 -- on October 1, 2008.

According to a Consumer Price Index report from August, the food index rose 2 percent in a twelve month period, which can likely be attributed in part to the cost of living. Some have also pointed to the recent drought -- which according to the New York Times affected 88 percent of the corn crop -- as part of the reason for rising costs. As for electric prices, according to the U.S. Energy Information Administration, the average U.S. residential electricity cost is up 48 cents per kilowatt per hour since 2010.

On Romney's charge that "Health care costs have gone up by $2,500 a family," according to a 2012 survey from the Kaiser Family Foundation analyzing employee health benefits, Romney is approximately correct: Since Obama took office, the average annual premium for family coverage through an employer has risen from $13,375 in 2009 to $15,745 in 2012, an increase of $2,370 over the past four years.

OBAMA: "When Obamacare is fully implemented, we're going to be in a position to show that costs are going down. And over the last two years, health care premiums have gone up -- it's true -- but they've gone up slower than any time in the last 50 years. So we're already beginning to see progress. In the meantime, folks out there with insurance, you're already getting a rebate."

According to a January 2012 report from "Health Affairs," health spending in 2009 and 2010 grew more slowly than in any other years during a 51-year history measured in National Health Expenditure Accounts, at rates of 3.8 percent and 3.9 percent, respectively. But that doesn't necessarily mean the slow growth is reflective of the president's policies - the report suggests that the slow growth in rates was a reflection of the recession, which led to a reduced overall use in health care goods and services.

ROMNEY: "On Medicare, for current retirees, he's cutting $716 billion from the program. Now, he says by not overpaying hospitals and providers. Actually just going to them and saying, 'We're going to reduce the rates you get paid across the board, everybody's going to get a lower rate.' That's not just going after places where there's abuse. That's saying we're cutting the rates. Some 15 percent of hospitals and nursing homes say they won't take anymore Medicare patients under that scenario."

The Romney campaign has for months accused the Obama administration of cutting $716 billion from Medicare to the detriment of beneficiaries. The Romney campaign points to a CBO report showing that if the health care law was repealed, spending for Medicare would increase by an estimated $716 billion from 2013-2022. The president's health care reform law is indeed paid for in part by reducing Medicare's expected rate of growth between now and 2022. According to data from the Kaiser Foundation, however, the reductions come primarily from cuts to Medicare Advantage plans, as well as in hospital reimbursements and in payments to other providers. The Obama administration casts them as savings that would streamline the system, reduce waste and fraud, reinforce the Medicare trust fund and extend its lifeline. It does not limit access to benefits for Medicare recipients, and actually offers new preventative care benefits, as well as increased prescription drug coverage. Republicans, however, argue it creates disincentives for hospitals and doctors to accept new Medicare patients. It's also worth noting that Ryan's 2012 budget would have included the same Medicare reductions as are outlined in the president's health care plan, although Romney has said that he would not follow his running mate's lead on that issue.

Mr. Obama was referring to an analysis by the non-partisan Tax Policy Center of Romney's economic plan and was suggesting that his tax proposal would cost $5 trillion over a 10-year period.

The study, oft cited by Democrats and denounced by Romney, looks at Romney's promise to cut income tax rates across the board by 20 percent, which he has said would be paid for by reducing tax deductions and credits. But any offsets to the $5 trillion figure are unknown since Romney has yet to indicate which deductions and credits he would cut.