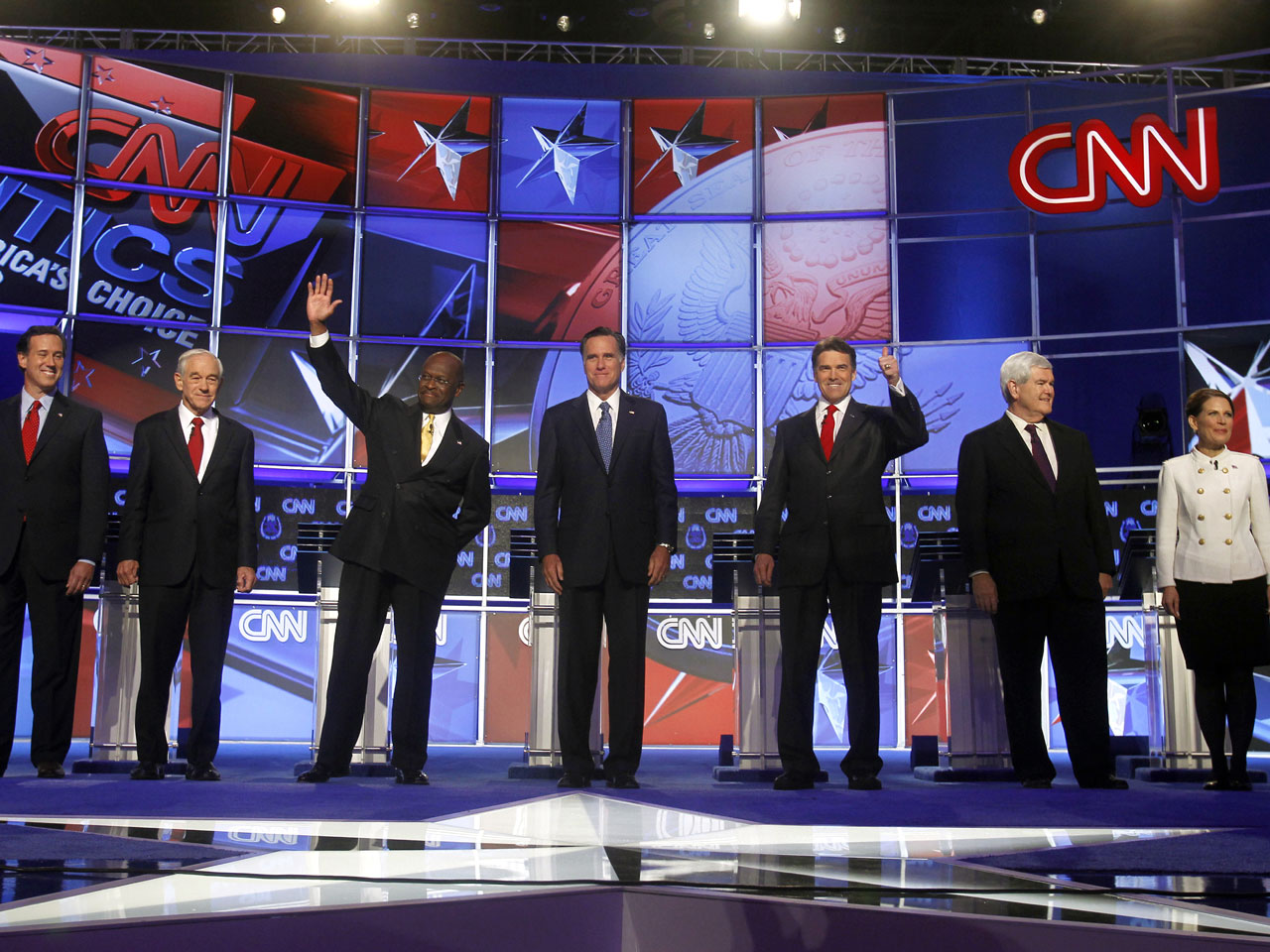 WASHINGTON - Herman Cain's 9-9-9 tax plan ignited plenty of sparks in the Republican presidential debate Tuesday night and President Barack Obama's health care law came in for its usual thumping. In both cases, the facts took a bit of a beating as well.

A look at the accuracy of some of the claims in the Las Vegas debate:

HERMAN CAIN: "It does not raise taxes on those that are making the least."

The rich, however, would get big tax cuts, the analysis said.

Cain's plan would scrap current taxes on income, payroll, capital gains and corporate profits. He would replace them with a 9 percent tax on income, a 9 percent business tax and a 9 percent national sales tax.

The study is in line with economic theorists — whether on the left or right — who note that sales taxes tend to hit low-income families the hardest because they spend more of their income than wealthier families do.

Unlike most states, Cain's plan would not exempt food or medicine from sales taxes. Used items, however, would be exempt.

Cain said his plan would create zones where people and businesses could get additional tax deductions, which would reduce taxes for low-income people. The Tax Policy Center said it did not take the zones into account because the Cain campaign did not provide any details on how they would work.

RICK PERRY: "Mitt, you lose all of your standing, from my perspective, because you hired illegals in your home and you knew about it for a year. And the idea that you stand here before us and talk about that you're strong on immigration is on its face the height of hypocrisy."

MITT ROMNEY: "I don't think I've ever hired an illegal in my life."

THE FACTS: The truth is that Romney never directly hired an illegal immigrant. But he hired a landscaping company that employed them.

In bringing up the matter, Perry resurrected a charge that has dogged Romney since his last presidential bid. In 2006, Romney learned that the landscaper of his suburban Boston home had employed illegal immigrants. He gave the company a second chance under the condition that it would no longer employ undocumented workers.

But in 2007, during the height of his first Republican presidential campaign, the same company was caught employing illegal immigrants at Romney's home. Romney then fired the landscaper.

At the time, and again Tuesday night, Romney said there's only so much an individual can do when hiring a legitimate company.

ROMNEY to PERRY: "You were the chairman of Al Gore's campaign."

THE FACTS: Romney's claim was misleading, at best. He neglected to mention that Perry's role in Gore's failed 1988 campaign for the Democratic nomination was limited to Texas. It was also marginal.

Perry was a Democrat serving in the state legislature at the time and had no significant leadership role in Gore's third-place finish in Texas. He was one of 28 Democratic Texas lawmakers who endorsed Gore. In any event, he was far from being "the chairman" of Gore's campaign. Perry switched parties in 1989 and successfully ran for state agriculture commissioner as a Republican.

Unlike the central provisions of the health care law, the long-term insurance plan, called CLASS, was voluntary. From an accounting viewpoint, that was its fatal weakness.

Without some reason for large numbers of healthy people to sign up, experts warned all along that CLASS would attract too many people in frail health. Rising benefit costs would send premiums spiraling upward. Healthier people would drop out, and eventually taxpayers would have to bail CLASS out.

Obama's health insurance mandate, requiring nearly everyone to have insurance, protects his overhaul from a similar fate.

"You have to have a broad risk pool," said Robert Bixby, executive director of the Concord Coalition, a nonpartisan group that advocates cutting the federal deficit. "By mandating coverage, (the health care law) creates a broad risk pool and that makes the system much more sustainable."

BACHMANN: "The biggest problem with this administration and foreign policy is that President Obama is the first president since Israel declared her sovereignty (to) put daylight between the United States and Israel."

THE FACTS: Israel and the U.S. have had their disagreements and have showed them — often in far starker contrast than today. And the consequences have been far greater, too.

While the Obama administration has criticized Israeli settlement construction on disputed lands, President George H.W. Bush actually punished the Jewish state for the policy by docking housing loan guarantees. President Jimmy Carter experienced tensions with the Israeli government over his public support for a Palestinian homeland, and President Ronald Reagan harshly criticized Israel for a military attack on an Iraqi nuclear plant in the 1980s.

Even in times of war, the U.S. and Israel have differed publicly. The worst disagreement came in 1956 when the United States demanded that Israel, Britain and France end their joint war against Egypt, with President Dwight Eisenhower pressing Israel at home and at the United Nations.