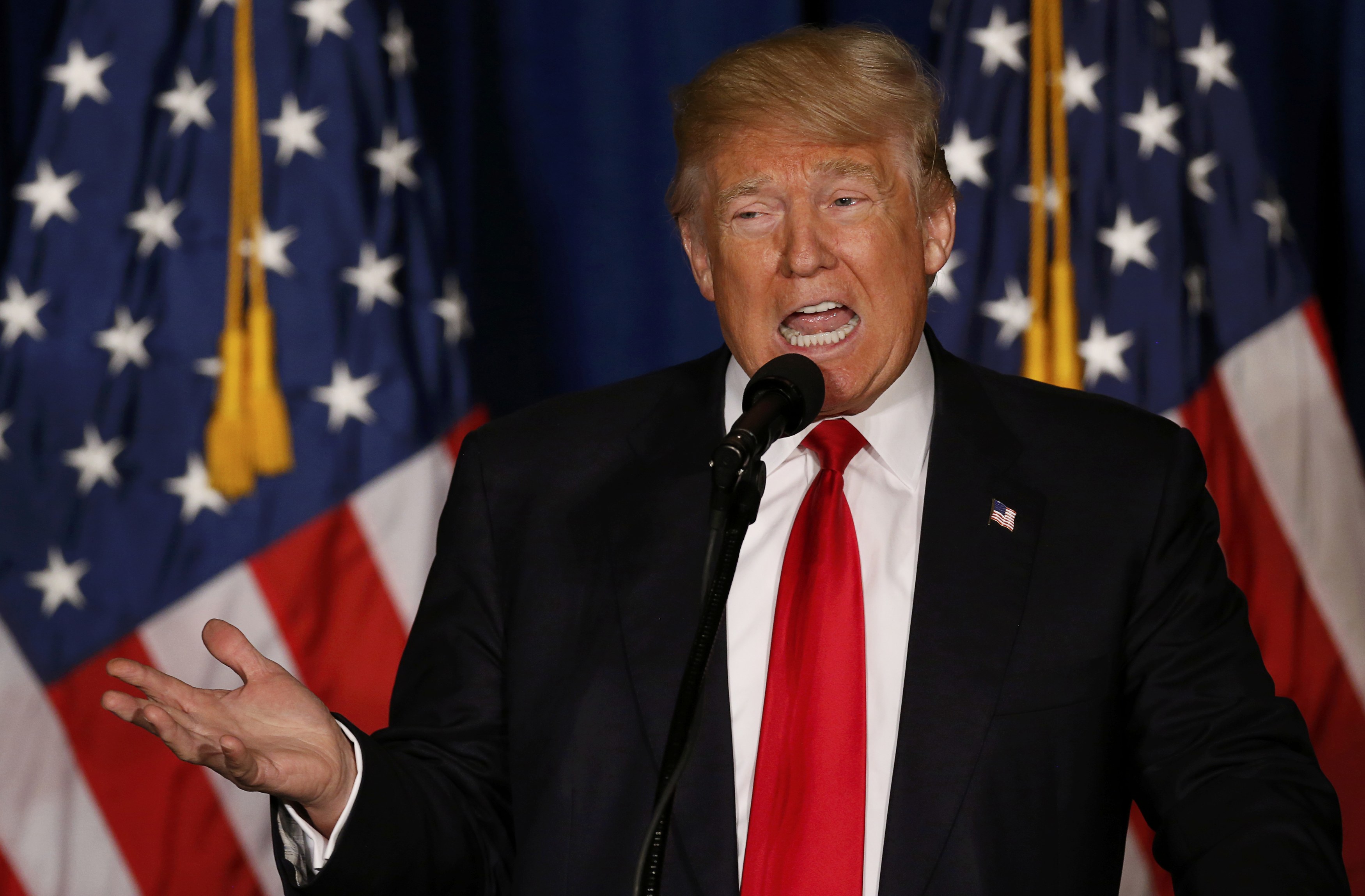 WASHINGTON -- By his own admission years ago, Donald Trump likes to speak with "truthful hyperbole" at times. Here's what that mix of reality and exaggeration looked like in the Republican presidential contender's foreign policy pronouncements on Wednesday.

TRUMP: Islamic State and Iraq and Syria (ISIS) militants are "making millions and millions of dollars a week selling Libya oil. And you know what? We don't blockade. We don't bomb. We don't do anything about it. It's almost as if our country doesn't even know what's happening, which could be a fact and could be true."

THE HYPERBOLE: The prospect of ISIS controlling and profiting from Libyan oil is a concern, not today's reality.

While ISIS affiliates in Libya have taken swaths of territory and attacked petroleum facilities, they have not yet been able to export oil in any significant quantity. Last month, a panel of U.N. experts reported that while ISIS "does not currently generate direct revenue from the exploitation of oil in Libya, its attacks against oil installations seriously compromise the country's economic stability."

On Wednesday, Martin Kobler, the U.N. envoy to Libya, said in Cairo that he is concerned by recent ISIS incursions into Libya's oil region, calling them a "grave assault" on the economy. To date there is no evidence that the militants are operating oilfields they have attacked.

TRUMP: The Obama administration "helped bring the Muslim Brotherhood to power" in Egypt.

THE HYPERBOLE: Yes and no.

The Obama administration did abandon longtime U.S. ally Hosni Mubarak, a move that led to his ouster and the political rise of the Muslim Brotherhood, which was the most well-organized of Egypt's opposition groups. But the administration did not directly help the Brotherhood come to power. It sought to work with the country's first democratically elected president, the Brotherhood's Mohammed Morsi, but eventually became frustrated with his erratic rule and pointedly decided not to call his removal by the military a "coup."

TRUMP: On reaching the nuclear deal with the Iranians, "We watched them ignore its terms even before the ink was dry."

THE HYPERBOLE: Iran has met all of its obligations under the deal to sideline its nuclear program in exchange for relief from sanctions. But that's not the whole story.

TRUMP: "Our manufacturing trade deficit with the world is now approaching $1 trillion a year."

THE HYPERBOLE: Even "approaching" $1 trillion is a stretch.

The trade deficit in goods was $759 billion in 2015, according to the Census Bureau. It's basically been flat for five years and remains below its prerecession peak of $837 billion in 2006. The deficit in goods tends to grow in more prosperous times, as U.S. consumers buy more things, including imports. In this shakier period, a trajectory reaching $1 trillion any time soon seems improbable at best.