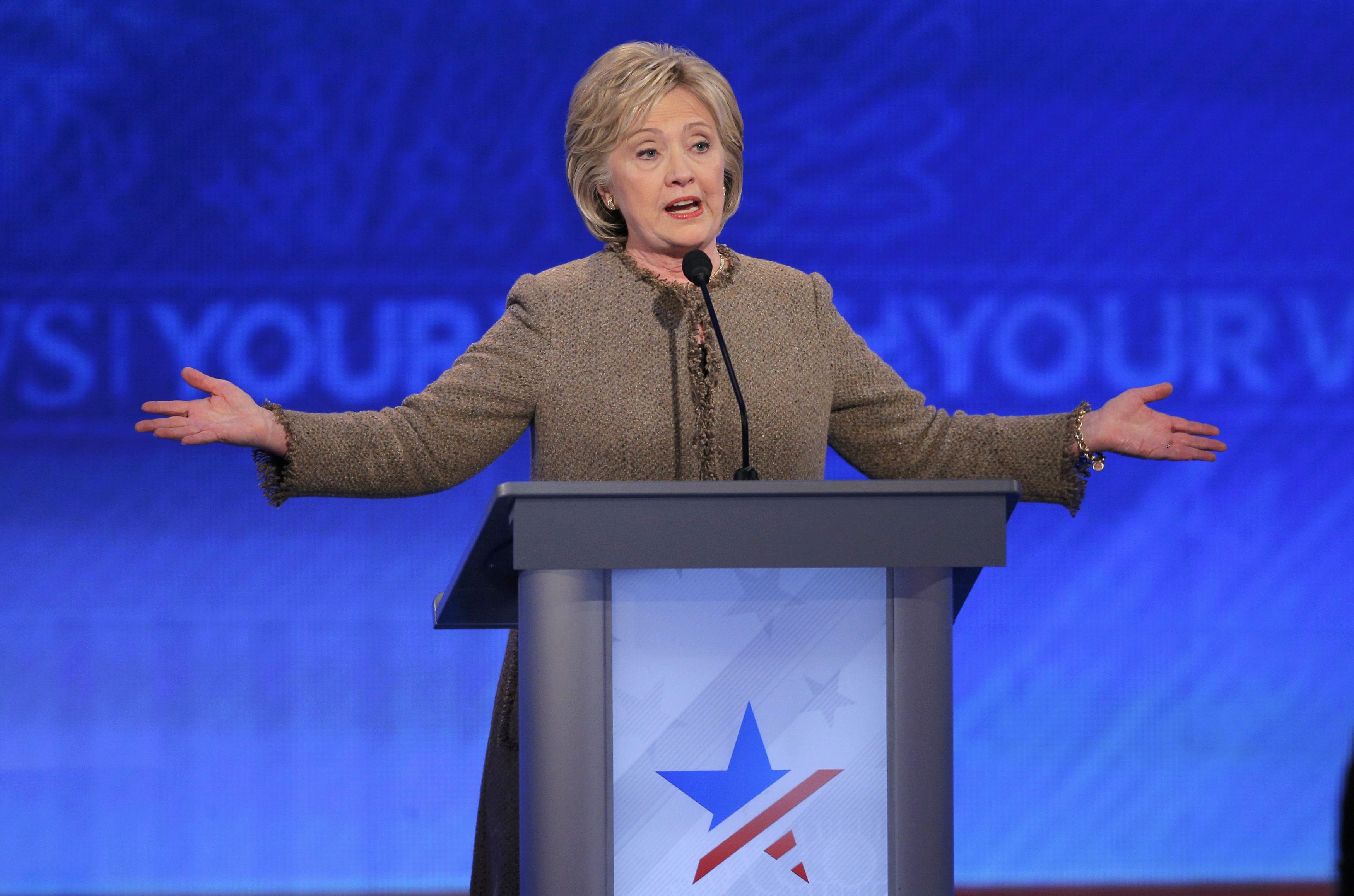 All three Democratic presidential candidates went after Republican Donald Trump during Saturday night's Democratic debate, but one of the starkest claims came from frontrunner Hillary Clinton.

Because of his proposal to temporarily ban Muslims from entering the U.S., Clinton said Trump "is becoming ISIS' best recruiter," referring to the Islamic State of Iraq and Syria.

"They are going to people showing them videos of Donald Trump insulting Islam and Muslims in order to recruit more radical jihadists," she said.

The claim angered Trump, who called it "just another Hillary lie" on NBC's "Meet the Press" Sunday morning.

Asked about the claim, a Clinton spokesperson pointed to quotes from Rita Katz of the SITE Intelligence group, which tracks and analyzes terrorists.

"They love him from the sense that he is supporting their rhetoric," the gorup's executive director, Rita Katz told NBC News earlier this month. "When he says, 'No Muslims should be allowed in America,' they tell people, 'We told you America hates Muslims and here is proof.''"

Politifact when looking for the purported videos after her claim Saturday night but found nothing.

"We were unable to find any evidence to support this. The Clinton campaign did not provide any evidence that this is already happening -- only that it could be happening, or that it may in the future. If ISIS was using Trump for recruitment videos, we would expect a frenzy of media coverage over it. We rate this claim False," they wrote.

There were mixed messages from Clinton campaign officials on the Sunday shows the following morning. Asked whether Clinton stood by the comments, Clinton campaign chairman John Podesta said, "she does."

"I think if you go back and look at social media, if you look at what's going on, they are definitely pointing to Mr. Trump," he said on "Meet the Press."

Over on ABC's "This Week," however, Clinton's communications director, Jennifer Palmieri, said "she doesn't have a particular video in mind, but he is being used in social media."