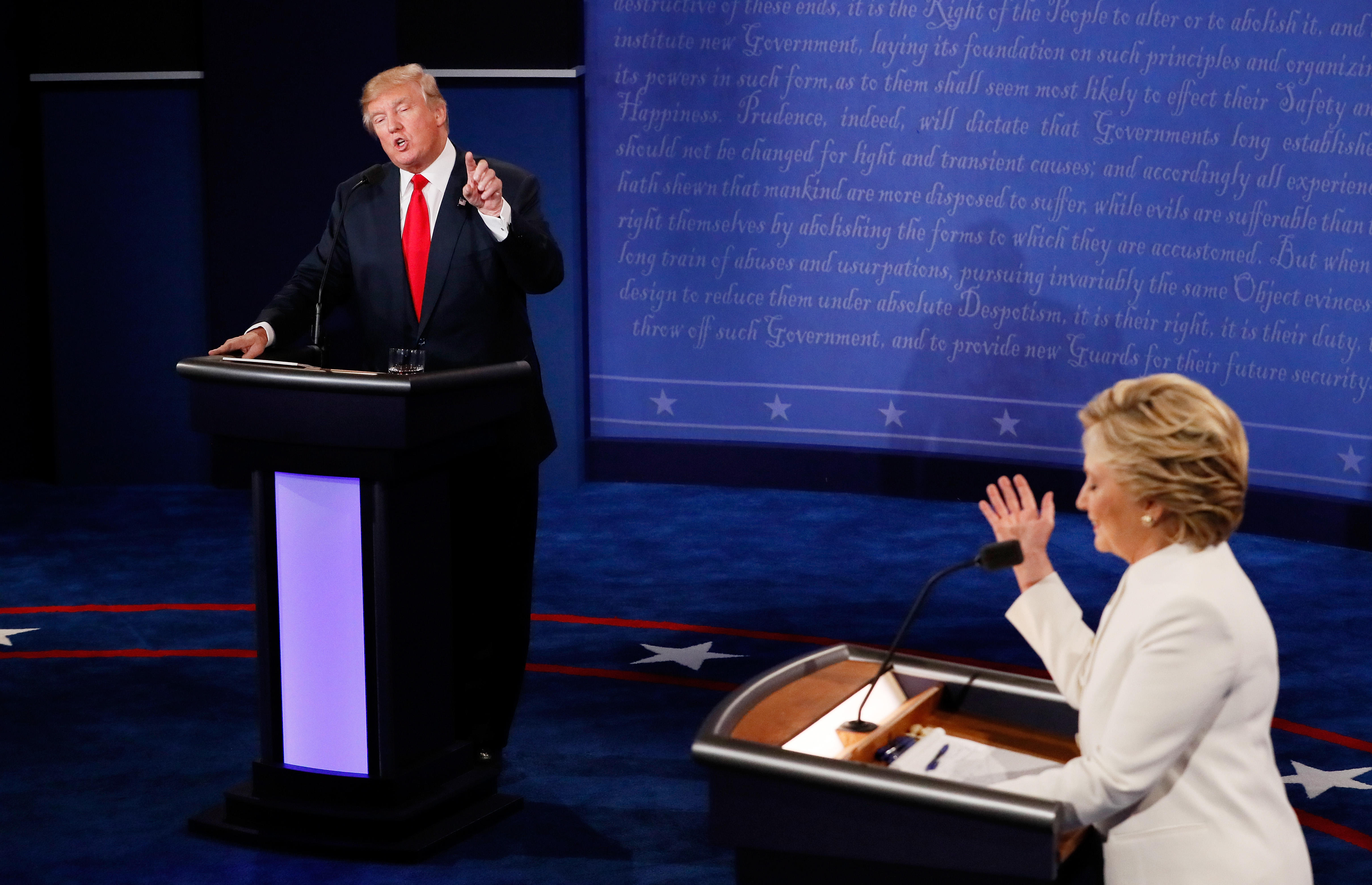 At the final presidential debate, Donald Trump said abortions could happen “on the final day” of a pregnancy if Hillary Clinton becomes president, but experts say this is very unlikely and does not accurately reflect the reality of abortions in the United States.

During the debate, Trump said Clinton’s position on late-term abortions would mean “you can take the baby and rip the baby out of the womb in the ninth month, on the final day.”

However, an abortion so late in pregnancy is “incredibly unlikely,” said Elizabeth Nash, the senior state issues manager at the Guttmacher Institute, a reproductive health research organization. “That just isn’t the experience around abortion that women have” in the United States, Nash said. [5 Myths About Women’s Bodies]

In fact, the vast majority of U.S. abortions occur early in pregnancy. In 2012, 91 percent of abortions in the U.S. took place in the first 13 weeks of pregnancy, while just 1.3 percent occurred at 21 weeks or later, according to the Guttmacher Institute.

After the specified time point, the only way for a woman to obtain an abortion in many states is if the pregnancy threatens her health or life.

There are “very limited circumstances where a woman would be able to obtain an abortion” after the time point specified by state laws, Nash said.

Because abortions after 21 weeks are not common, there is little data on the reasons behind these abortions, Nash said. But women may seek late-term abortions for a variety of reasons, including that they had difficulty accessing abortion services, which created a delay, Nash said. For example, a woman may have difficulty making an appointment or traveling to an appointment if there are no abortion services in her town, she said.

Women may also need to delay an abortion in order to save up the money to pay for the procedure, which can cost around $500 for early abortions and $1,500 for late-term abortions, according to Planned Parenthood. Some states also impose waiting periods before a woman can have an abortion, or require parental consent for an abortion if the woman is a minor, which creates further delays, Planned Parenthood says.

A woman may also require a late-term abortion if her health or life is threatened by continuing her pregnancy, according to Planned Parenthood. Conditions that could lead to a late-term abortion include infections, heart failure, uncontrolled diabetes, serious kidney disease and severe depression, according to Planned Parenthood.

Problems with the health of the fetus, including severe birth defects, can also lead to late-term abortions. “After 24 weeks, birth defects that lead to abortion are very severe and typically considered incompatible with life,” Dr. Jen Gunter, an obstetrician and gynecologist based in San Francisco, wrote on her blog after the debate. (“Incompatible with life” means the baby would not survive after birth.)

In these circumstances, practitioners can either induce labor (which means the baby is delivered, and may die from the birth defects shortly afterward) or perform a modified abortion. Oftentimes, when a late-term abortion is performed for serious birth defects, it is because inducing labor would be hazardous for the woman, Gunter wrote.

But at 38 to 39 weeks of pregnancy, if it’s clear that the fetus will not survive long after birth, a modified abortion is no longer an option. A health care provider induces labor, and this “is simply called a delivery,” Gunter said.