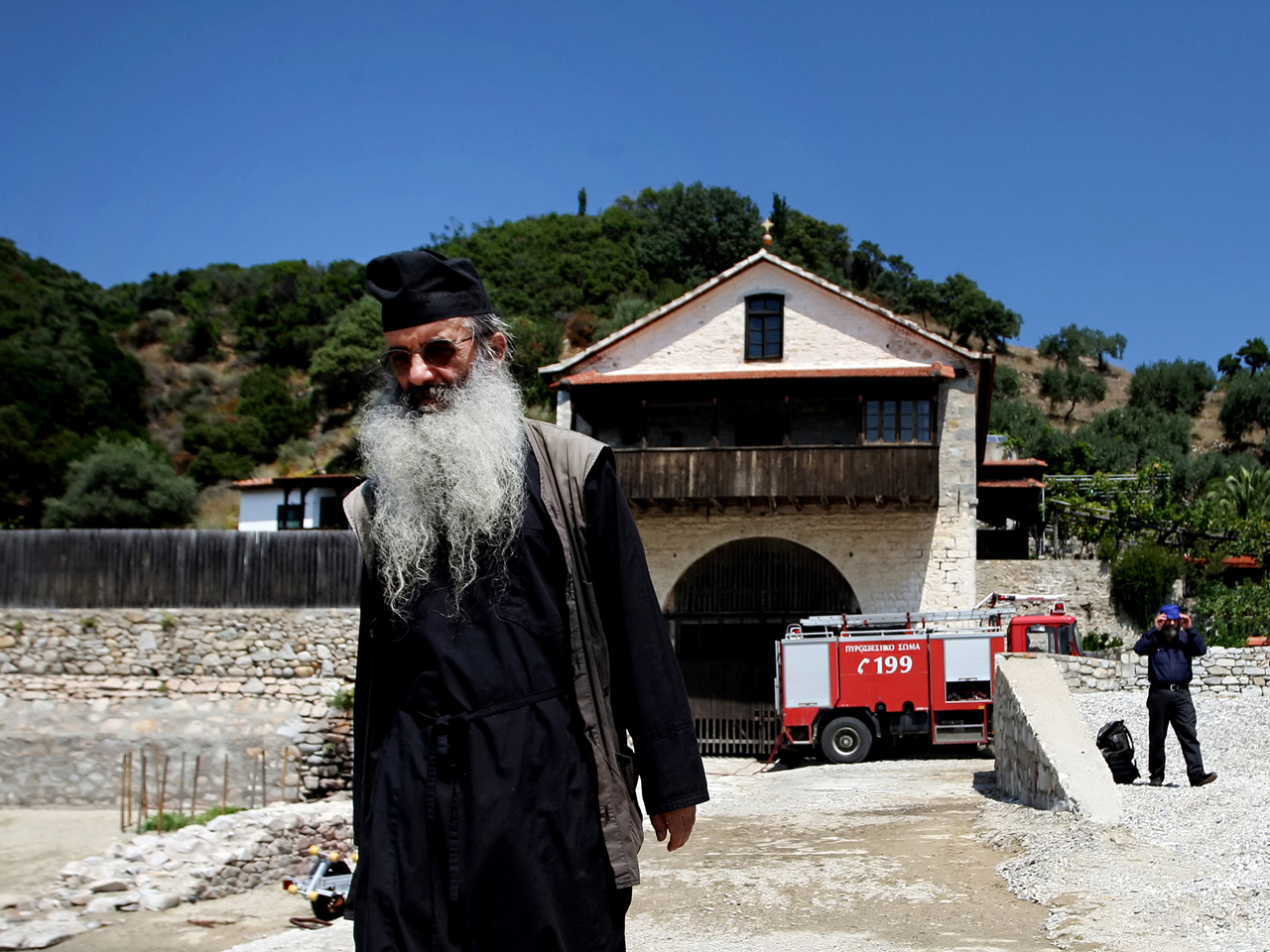 THESSALONIKI, Greece A group of monks on Greece's monastic sanctuary of Mount Athos who are facing eviction attacked court bailiffs with rocks and petrol bombs Monday, according to civilian authorities on the peninsula in northern Greece

No one was injured in the incident early Monday outside the administrative offices of Esphigmenou Monastery, and no arrests were reported. The bailiffs retreated from the site.

Cell phone video of part of the incident, taken by the rebel monks and seen by the Associated Press, showed the court-appointed bailiffs using a small earth-moving machine in an unsuccessful attempt to force their way into the grounds of the office at Karyes, the capital of the all-male sanctuary from where its 20 monasteries are run.

About 100 monks in the 1,000-year-old Esphigmenou monastery have been involved in a years-old dispute with the spiritual leader of the world's Orthodox Christians, Ecumenical Patriarch Bartholomew I, over his efforts to improve relations with the Vatican.

The monks have defied court orders to leave the monastery and allow church-appointed replacements to take over the site and the Karyes offices about 15 miles to the south.

"According to the information we have received from the police, explosive materials were thrown at the bailiffs," Aristos Kasmiroglou, civilian governor of Mount Athos, told the AP.

"The law must apply to everyone. And all sides must safeguard the pious nature of the site."

The Esphigmenou monks — who argue that they are safeguarding centuries-old Orthodox traditions — have refused to leave the complex, and receive food and other assistance from supporters in other parts of Greece.

"They came in the morning and started banging on the doors," Esphigmenou monk Elder Savvas, who said he witnessed the incident, told the AP.

"We had warned them that if they provoked us, we would respond."

Mount Athos was set aside by ancient emperors to be the spiritual capitol of Orthodox Christianity and has probably changed less over the centuries than any other inhabited place on the planet. The monks come here from all over and do everything they can to keep what they call "the world" far away.

Not surprisingly, journalists are not exactly welcome. For more than two years, "60 Minutes" producers corresponded, negotiated and, frankly, pleaded for an invitation but ran into one monastic wall after another. Then, much to the producers' surprise, and delight, the monks finally said, "Okay, come see who we are," in early 2011.

Father Iakovos is one of a few Americans on the mountain.

Nothing has changed in orthodoxy since then - it's the only branch of Christianity that can make that claim.