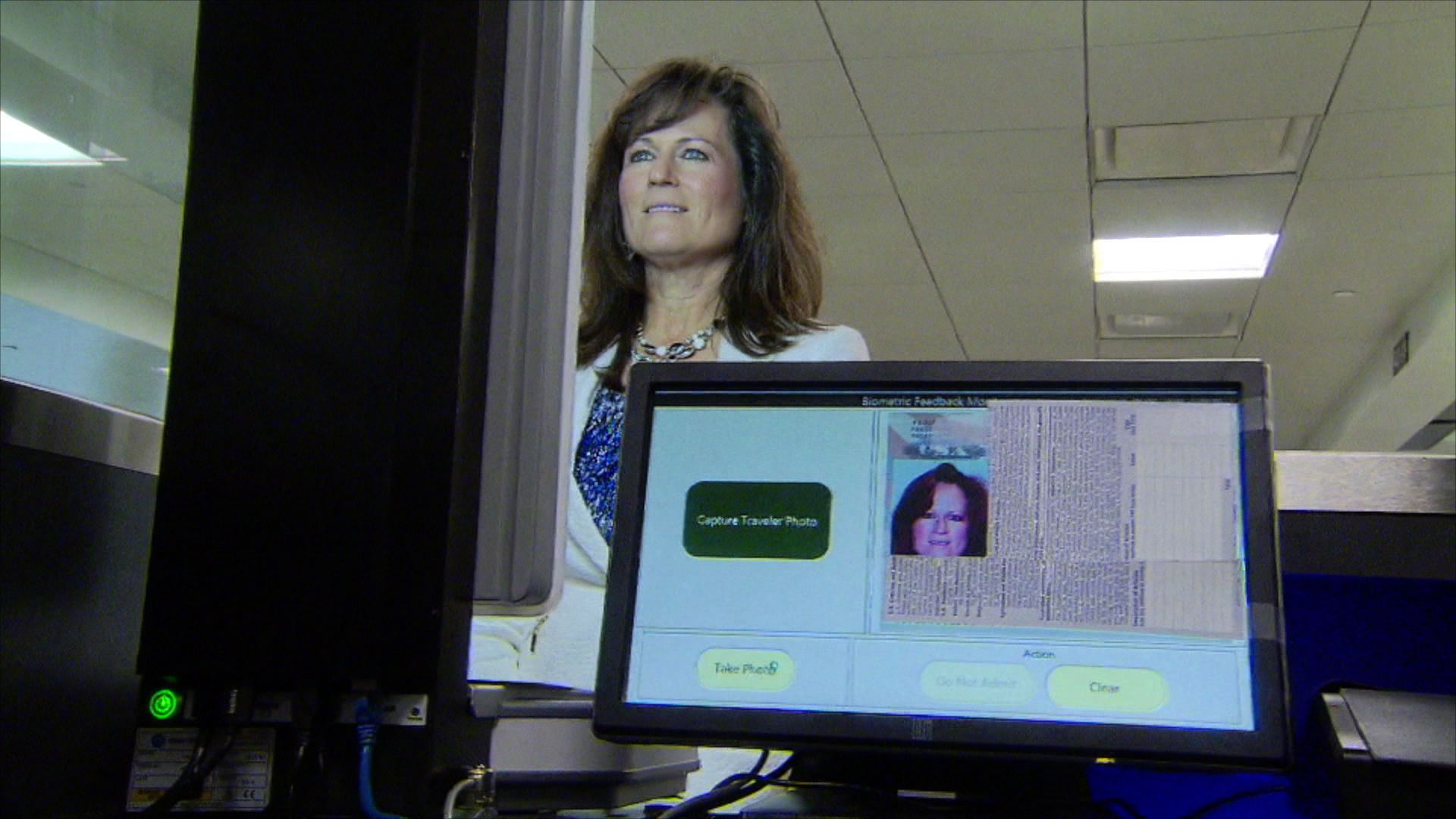 WASHINGTON -- The Department of Homeland Security is making a new push to find immigration violators.

For the next three months, U.S. Customs and Border Protection agents will test facial recognition technology, but CBS News correspondent Kris Van Cleave says the trial has some people worried that anonymity could become a thing of the past.

The new technology is being used to help identify foreigners who stay in the United States too long.

"We do see people trying to use the legitimate document, but it belonging to someone else, to conceal their identity," Customs and Border Protection Deputy Assistant Commissioner John Wagner said, "and we are vulnerable to that."

"CBS This Morning" was given rare access to a demonstration of the technology at Washington Dulles International Airport. The technology compares photos in passports with the faces of the people presenting them and rates how likely they are to be a real match.

If another person's passport is presented, the computer catches it in seconds, alerting the officer to investigate further.

The three-month pilot project at Dulles is part of larger testing of biometric technology. This fall, customs agents will begin collecting face and iris scans of people entering and returning from Mexico on foot from a San Diego border crossing.

"Looking at things like iris or facial recognition helps us compare that person to the document and confirm their identity" to check against watch lists, Wagner said.

But privacy rights advocates are concerned these test projects could lead to a slippery slope with law enforcement agencies eventually trying to using biometrics to track law abiding citizens.

"This is really just the beginning," warned Harley Geiger, Senior Counsel at the Center for Democracy and Technology.

The customs agency says about 250 people per day have their pictures compared using the technology at Dulles, including Jeffrey Fazio, who was returning from the Dominican Republic.

"Makes travel a little more cumbersome, but if it's keeping us safe then it's worthwhile," Fazio said.

Customs says it's taken close to 4,000 pictures of travelers at Dulles. Those images are being saved in a secure database that is not shared.

When the pilot project is complete, they will be deleted. A new privacy policy would need to be developed if the technology is put into widespread use. But, officials say you are already require to present proof of your identity when you enter the country, the technology is simply helping to confirm that information.