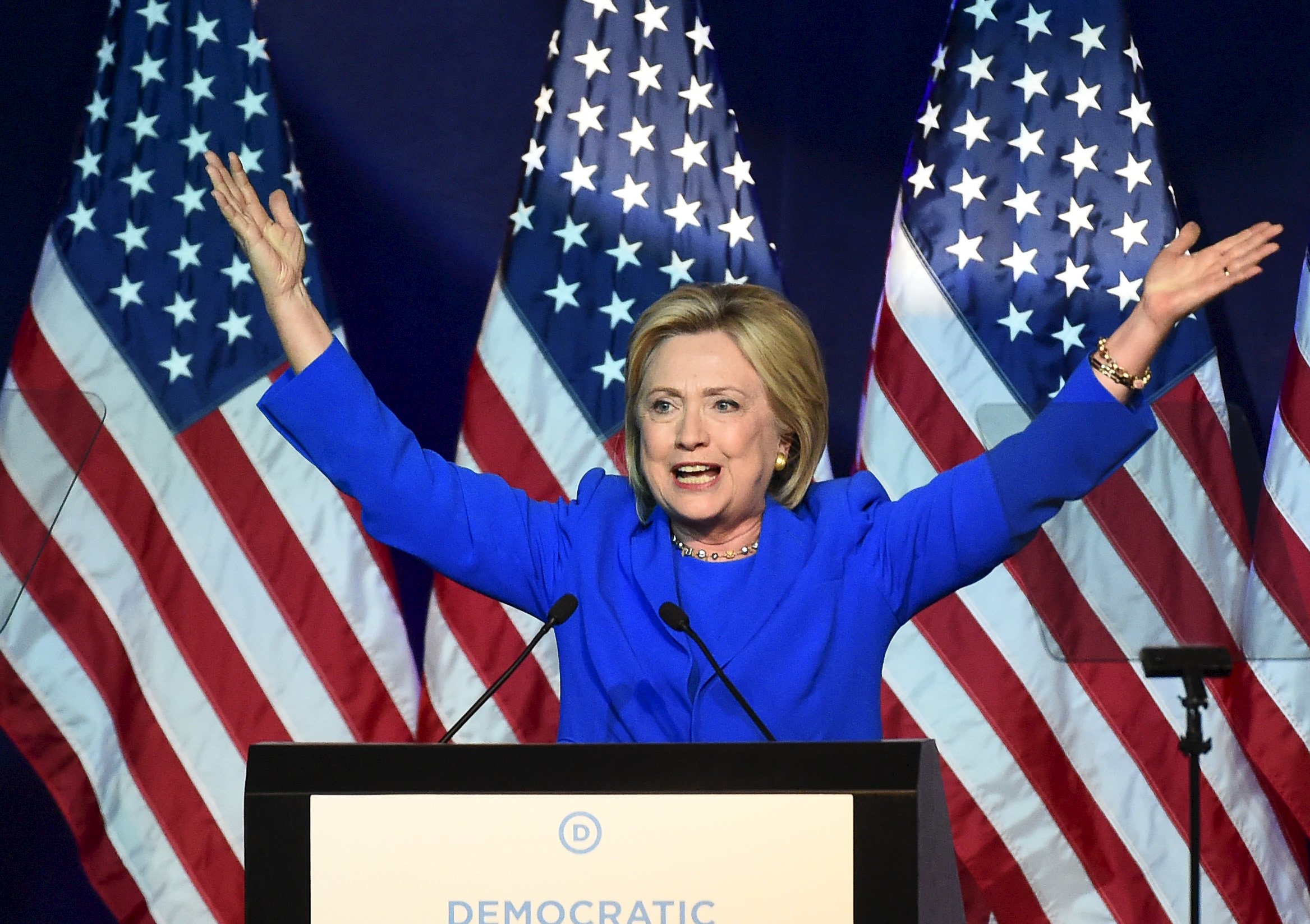 Even with rumors churning that Vice President Joe Biden could enter a bid for the White House as soon as next month, current Democratic front-runner Hillary Clinton says she's not worried about losing support from the delegates charged with choosing the party's nominee.

When asked at a press conference in Minneapolis if the buzz around Biden's possible candidacy has led Democrats to withhold pledging their support, Clinton responded: "I haven't seen any evidence of that."

"We picked up additional supporters yesterday and even today," the presidential hopeful told reporters after a speech at the Democratic National Committee's summer meeting. But, she added, "I cannot speak for other potential candidates or current candidates."

Clinton declared that she had "the greatest affection and admiration" for the vice president, though she held off on commenting on what a Biden campaign would bring to the 2016 race.

"This is a difficult decision for him to make," Clinton said. "I want him to have the space and time to do it."

Amid the increasing Biden speculation, Clinton has ramped up efforts in recent days to assure Democrats of the strength of her ground operations. The campaign issued memos Thursday boasting of its presence in key early-voting states, and Clinton said Friday that she had the chance to meet with super delegates and other DNC officials.

"There have been a lot of public endorsements," she told reporters. "More will follow. This is really about how you put the numbers together to secure the nomination."

Clinton's campaign has faced bumps in the road in recent weeks, with growing congressional scrutiny of her private email server and the potentially classified information she received from her staff while serving as secretary of state.

Clinton sought to ease concerns about the emails and her campaign's handling of the controversy, saying that she was "trying to do a better job of explaining to people what's going on."

"I'm not frustrated," Clinton said. "I'm just trying to explain for people who have never had to follow this before that it is complicated and there is nothing unique about the process that is being conducted about my emails."

Clinton's talk with reporters came after delivering a nearly half-hour speech to the DNC meeting, where she launched several attacks at the Republican field of candidates and specifically targeted Donald Trump.

"You hear Mr. Trump say hateful things about immigrants, even about their babies. But how many others disagree with him? Or support a real path to citizenship? Or draw the line at repealing the 14th Amendment?" Clinton said, questioning the Minneapolis crowd.

"If you look at everyone else's policies, they're pretty much the same," Clinton added. "They're Trump without the pizzazz or the hair."

Clinton, the only female running in the Democratic field, also fired back at Trump over his stance on women's health issues: "Trump actually says he would do a much better job for women than I would. Now that's a general election debate that's going to be a lot of fun."

And after a gunman killed two journalists in Roanoke, Virginia on Wednesday. the Democratic candidate reiterated her strong stance on gun control.

"I don't know how anyone could not come to the conclusion that something is deeply wrong," Clinton said. "I believe we can have common-sense gun reforms that keep weapons out of the hands that should not have them."