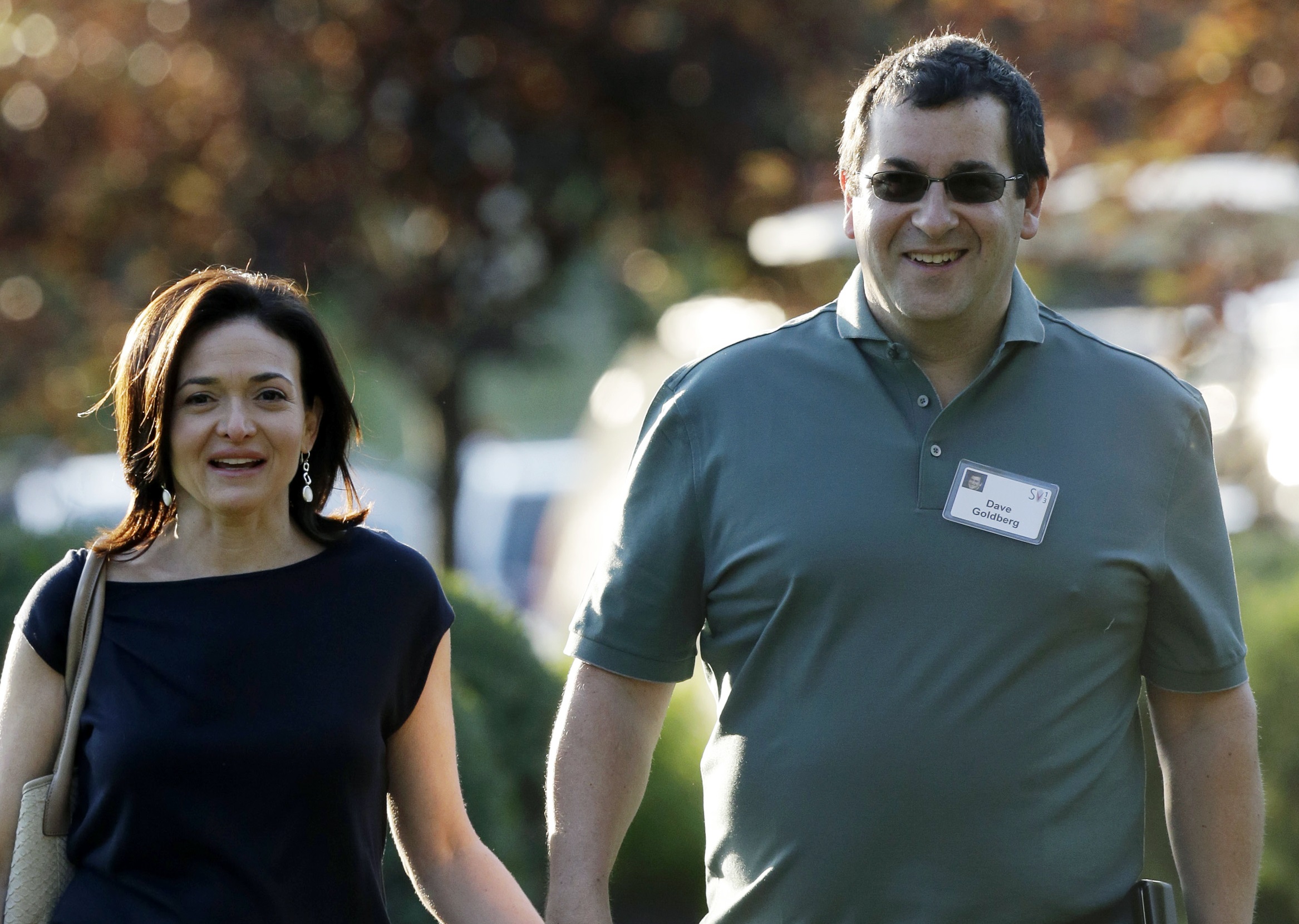 MENLO PARK, Calif. - Facebook's No. 2 executive Sheryl Sandberg says she never realized how hard it is to be a single parent until her husband died a year ago.

In a touching Mother's Day weekend post on Facebook, Sandberg says the odds are stacked against single moms. Many live in poverty, work two jobs or don't get paid leave to care for themselves or children if they get sick, she says.

"I did not really get how hard it is to succeed at work when you are overwhelmed at home," Sandberg wrote.

She called on leaders to rethink public and corporate policies to better support single mothers. She didn't say whether anything will change at Facebook, where she is chief operating officer.

Sandberg's husband, Dave, died in a treadmill accident a year ago while on vacation in Mexico.

Here are other thoughts she shared on single parenting, leave policies and her book:

BEING A SINGLE MOM:

Sandberg says she never realized how often situations come up where she's unable to stop her son or daughter from crying. "What would Dave do if he were here?" she asks herself. Sandberg writes that she never realized how many events such as father-daughter dances there are at schools and how hard they are for children without dads.

The U.S., Sandberg says, is the only developed economy in the world that does not provide workers paid maternity leave. She says we need to rethink policies to better support single mothers. The post doesn't address Facebook's own policies. Facebook does offer U.S. employees up to four months of paid parental leave. It's among several high-tech companies that offer benefits around childbirth.

Sandberg concedes she's fortunate not to have the financial worries that many single moms face. She admits that in her 2013 book "Lean In: Women, Work, and the Will to Lead," she should have written more about women raising children without a partner. "I will never experience and understand all of the challenges most single moms face, but I understand a lot more than I did a year ago."MENLO PARK, Calif. - Facebook's No. 2 executive Sheryl Sandberg says she never realized how hard it is to be a single parent until her husband died a year ago.