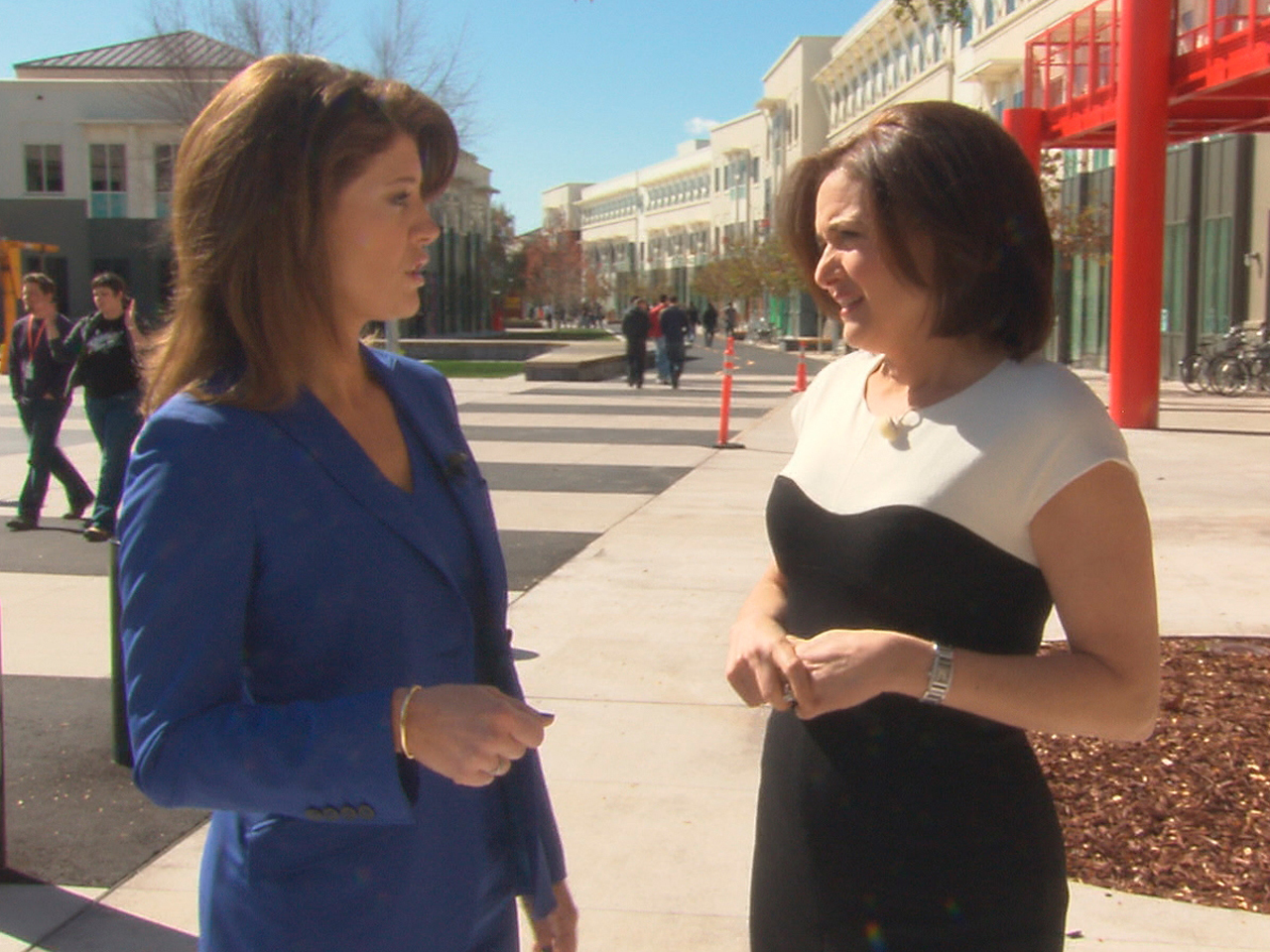 Correspondent Norah O'Donnell landed a big interview for her first 60 Minutes story: Facebook COO Sheryl Sandberg, one of the most successful women in the world. But the interview wasn't what anyone expected. Sandberg opened up about her insecurities and a feeling she describes as the "imposter syndrome" -- feeling like a fraud, that you'll be "found out" at any moment.

Sandberg's 60 Minutes interview is full of revealing moments and stories from the trenches that weren't seen on the broadcast. In this 60 Minutes Overtime feature, Norah O'Donnell walks us through some of the most striking moments in the interview, such as: Sandberg's reaction when her son called her daughter "bossy," why wanting to be "liked" holds women back in the workplace, and the difficulty women have in finding a good mentor.

"A man and a man at a bar at a hotel during a work trip, that looks like mentoring," says Sandberg. "A man and a woman at a bar at a hotel on a work trip, that doesn't look like mentoring to anyone." Sandberg once found herself in just that sort of predicament with her mentor, then-Treasury Secretary Larry Summers. Hear Sandberg tell that story in the video above.

COMMENT:
What do you think of Sheryl Sandberg? Do you find her advice for women in the workplace helpful?