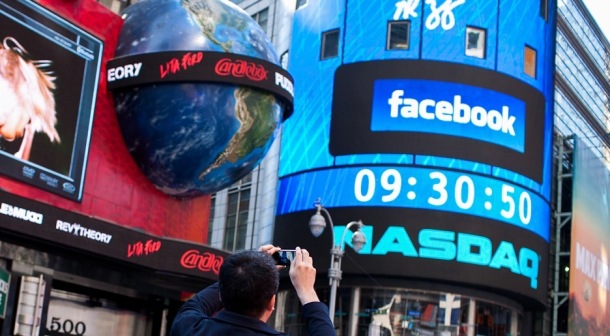 The social network's shares have gained 53 percent since July 24, when it reported strong growth in mobile ad revenue and a solid profit during its second quarter.

On Wednesday Facebook announced a technology partnership that aims to expand Internet access to the 5 billion people not currently connected. That could create more potential Facebook users.

Facebook Inc. went public in May 2012 at $38 per share. There were lofty expectations, but the initial public stock offering was marred by trading glitches. Worries about growth prospects then weighed on shares. They bottomed at $17.55 in September.

Those fears appear to have eased. The stock closed up 5.2 percent at $40.55 Friday, touching the highest price since its IPO.