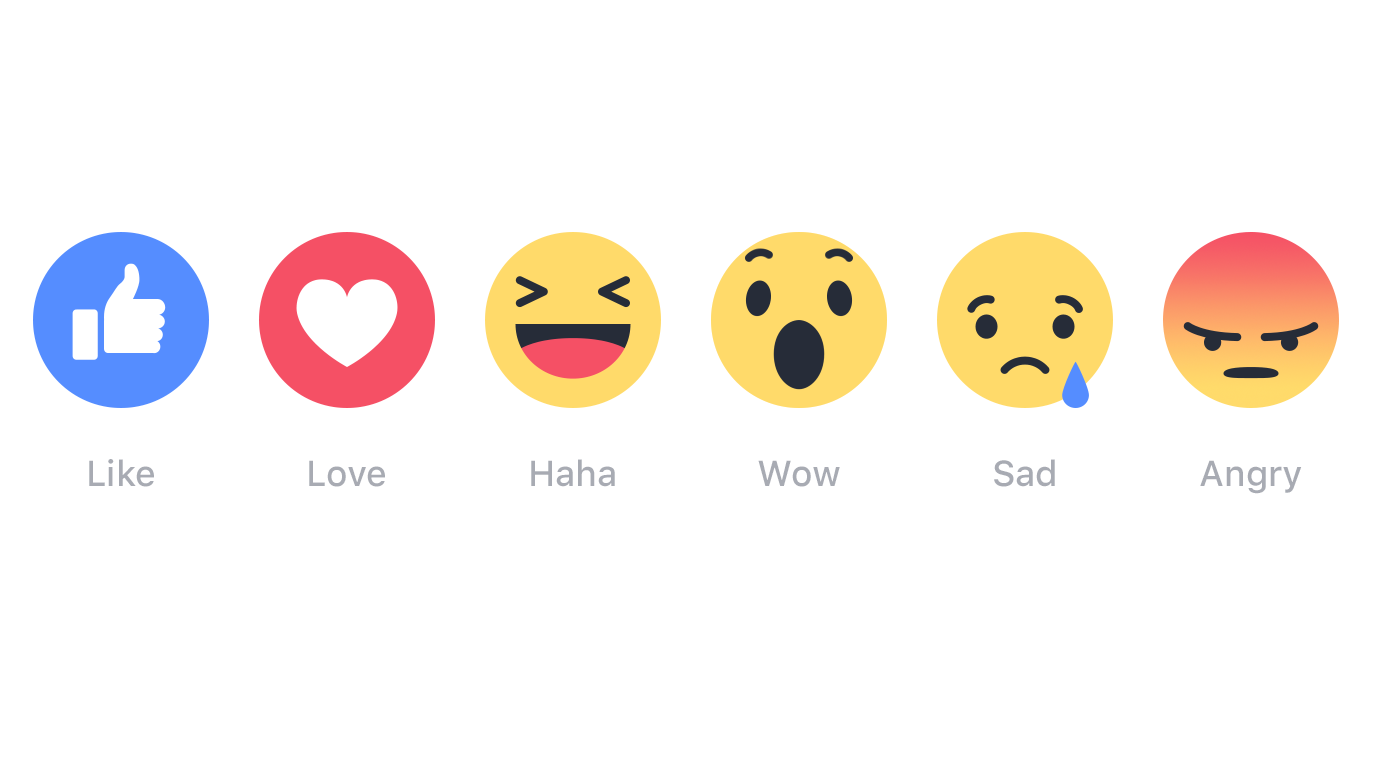 Are you tired of just clicking "Like" in response to your friends' updates on Facebook? What if something they posted makes you sad or upset, leaves you stunned, or makes you laugh uproariously? "Like" just doesn't cover it.

Well, after months of anticipation, Facebook is finally giving users the option of using one of six "Reactions" -- animated emoji responses to updates posted by friends and pages you follow. The Reactions feature begins rolling out Wednesday, and it will take a few days before it shows up for every user around the world.

The feature will work for desktop users as well as those who have the most up-to-date version of the Facebook app on iOS and Android devices.

So, what are the new reactions? Beyond the original thumbs-up "Like," users can select from options that include "Love," "Haha," "Wow," "Sad," and "Angry" -- each with a corresponding emoji.

For Facebook, which tested out a trial of the feature last fall in Spain and Ireland, the need for a wider range of reactions was made clear by users who wanted more appropriate ways to respond to various kinds of updates that show up on their News Feeds.

"We wanted to explore the idea that there are other emotions and feelings other than 'liking' something that people wanted to use for updates on their News Feeds," Tom Alison, engineering director of Facebook News Feed, told CBS News. "Mark [Zuckerberg] said 'hey, let's go ahead and figure this out this year.' We put a team together to explore ways to add to our product, to find innovations on the 'Like' button. It was a fun and interesting challenge."

Alison said that the team assembled to reinvent the simple "Like" button consisted of engineers, designers, user researchers, and data analysts -- a cross-functional group that could tackle the challenge of reinterpreting such a recognizable facet of Facebook. The first thing the team did was create a prototype of the new feature. They began testing out 30 different reactions, looking at what they called "short comments" to see patterns in user pattern in how people responded to different updates.

"We would analyze the data and organized the short comments into categories. We tried to narrow down a core set of reactions that we tried to create, and we talked to various Facebook users to get their feedback. It was really important for us that the Reactions were universally recognizable. As we rolled it out internationally, we saw what was universally used and that kind of got us where we are today," he said.

Part of the need for the Reactions feature was the fact that users would report they'd "feel a little bit awkward" about "liking" posts about sick relatives or a lost pet, Alison said.

"People would say 'it doesn't feel quite right to "like" this.' It would be much more natural to be able to express sympathy or sadness. So we took that feedback and determined this was something people were looking for for awhile," he said. "It is also good for happy moments . I mean if someone gets engaged or there is a happy moment, now we are giving people the option to love something and laugh at something. This represents how people are using Facebook."

Alison did say that, as with pretty much every aspect of Facebook, Reactions will be fine-tuned and studied as it gets adopted by users. There could be more options added to the feature down the line.

"We're going to watch and see how people use it," he stressed. "Internally, we explored a number of different reactions, and we wanted to be sure that the reactions we put out there to people were understandable. We're keeping the product simple and we'll see how people use this."