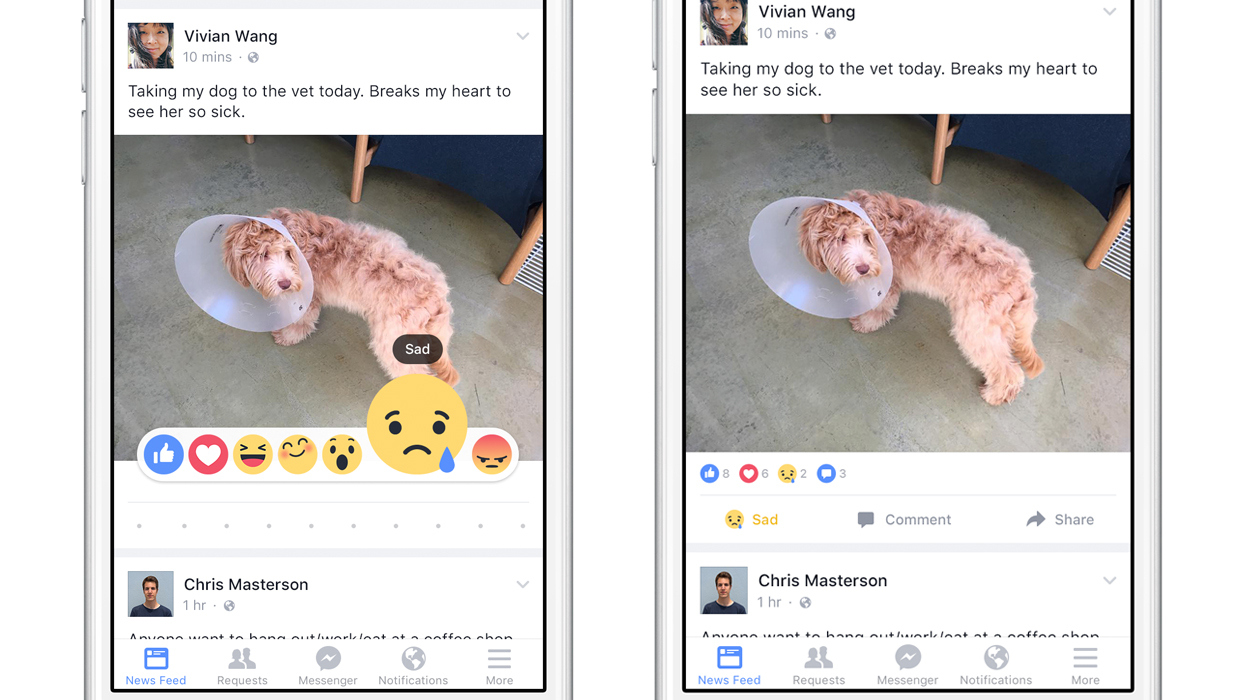 Launched Thursday in Spain and Ireland, the new "Reactions" button offers seven options for quickly responding to a post, illustrated by emoji: "Like" (thumb's up), "Love" (heart), "Haha" (laughing face), "Yay" (smiley), "Wow" (shocked face), "Sad" (crying face) and "Angry" (angry face). They can be chosen by hovering or long-pressing the Like button.

Responding to sweaty anticipation for and misleading rumors about an upcoming "dislike" button, chief product officer Chris Cox said in a Facebook post, "As you can see, it's not a 'dislike' button, though we hope it addresses the spirit of this request more broadly."

Talk about a new way to express emotional responses to posts heated up in September after CEO Mark Zuckerberg said the company was readying to test a new button that would allow for a broader range of one-tap empathy.

"We studied which comments and reactions are most commonly and universally expressed across Facebook, then worked to design an experience around them that was elegant and fun," Cox explained Thursday.

He said his team will use feedback from the pilot launch to improve the feature and that he hopes to roll it out to all users soon.