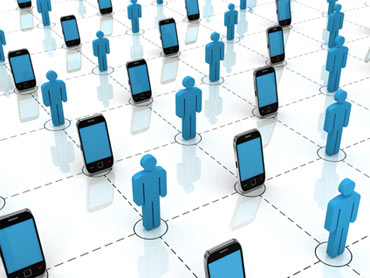 Facebook has pulled down a handful of user pages linked to a pro-pedophilia advocacy group. The move followed a news report claiming to have turned up "hundreds of links" to the North American Man/Boy Love Association (NAMBLA) on the social networking site.

Although Facebook prohibits posting of content advocating child exploitation, the report on Foxnews.com said that a search it conducted on Sept. 23, found "dozens of pages" devoted to NAMBLA. "Many of those pages featured numerous photos of unnamed boys, some of whom appeared to be too young for kindergarten," according to the article.

But Facebook didn't find the dispatch particularly fair or balanced. Hemanshu Nigam, co-chairman of President Obama's Online Safety Technology Working Group and a member of the board of the National Center for Missing and Exploited Children, provided the money quote for the article: "This is just the downright filthiest of society setting up on Facebook in a public way, and the question is, 'Why is Facebook allowing this?'" he said.

Nigam used to work as chief security officer for MySpace, Facebook's biggest competitor, a fact the article does mention.

Facebook also maintains that the extent of the problem was more modest than suggested by the the headline blaring an "exclusive" about pedophiles finding a home on the service. Foxnews.com provided links to four groups, none of which had more than 15 to 25 members each, according to Facebook. A spokesman said the company immediately disabled the links as well as the accounts of the people who were behind them.

But this is part of a broader challenge presented to social networking sites, which find themselves in something of a game of cat-and-mouse with unsavory groups or sexual predators intent on setting up shop in cyberspace. On Facebook, for instance, the company has implemented automated systems to work behind the scenes surface behavior that's problematic. It also relies on user feedback to flag to abuses.

"I will say that Facebook is very aggressive about booting sex offenders off their site," offered Steve Rambam, director of the investigative agency Pallorium.

"This is something we need to be prepared for - content put up again after we have it taken down," said a spokesman for Facebook. "It's a constant effort."

The same applies to MySpace, which has been challenged by politicians to better scour sexual predators from its site. In 2007 the service removed 29,000 sex offenders from the membership rolls. More recently, it secured a deal a group of state attorneys general to work more closely with law enforcement agencies and come up with technology to identify a user's age and identity.