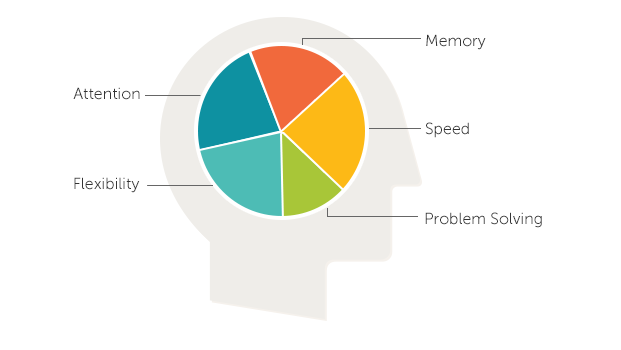 It feels like you can never be smart enough, but studies have shown that brain-training games can help sharpen your memory, reasoning and speed. And they are fun. We've rounded up some apps that will feed your mind.

Lumosity is one of the most popular brain training apps. You choose what skills you want to improve -- from attention, speed, flexibility, problem solving. The app suggests games for you to play. A recent study publishing in the journal PLOS One found that older adults were less distracted and more alert as a result of using Lumosity.

Lumosity is free on the Web and for iOS devices, but a paid subscription will give you access to more games and progress tracking. The company says an Android version of the app is in the works.

Wish you had a better memory? An iOS app called Eidetic uses a learning technique called spaced repetition. Think of it like using flashcards on your phone. Enter words, numbers, facts, quotes or notes that you want to remember. The app quizzes you throughout the day. A series of 10 tests can be spread out over a day, week or month. You get one test at a time for free, but if you want more, it'll cost $1.99.

Fit Brains is another great app that features games. You can either play the game suggested, or choose what area you'd like to exercise. The app has several categories, like problem solving, speed and focus. The app is free for iOS and Android devices, but a paid subscription will unlock more games.

Independent studies have found that brain training games really can improve your performance on specific tasks if you practice, but they won't make you smarter overall.

Hiking mobile apps for treks in the great outdoors

They say beauty is in the eye of the beholder, but that doesn't mean we can't have a little fun with hair and makeup
More
Chenda Ngak