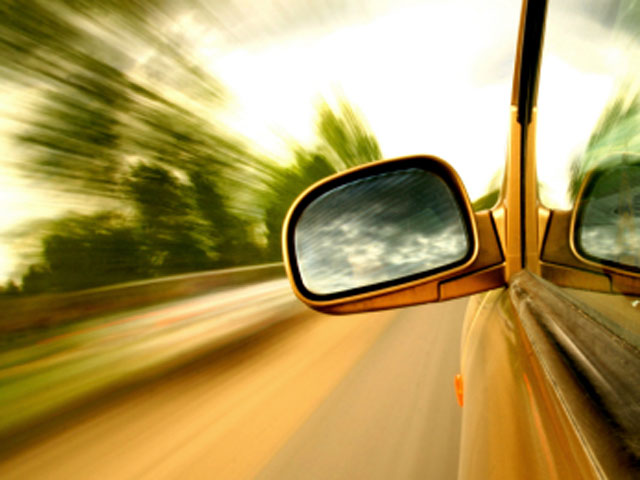 (CBS News) Drivers who speed cause mayhem on the nation's highways, but you don't usually expect the guy behind the wheel to be a police officer.

A new investigation finds that's been the case hundreds of times in Florida over the last eight years. In one year, a South Florida Sun-Sentinel newspaper investigation found nearly 800 cops from 12 Florida agencies drove between 90 and 130 miles per hour on state highways.

Sally Kestin, investigative reporter for newspaper, said, "We knew we'd find speeding. We had no idea we'd find as much of it or the speeds that we did. We had police officers here traveling well over 100 miles (per) hour and oftentimes just back and forth to work."

Erskin Bell Jr. and his family are paying the price for one cop's reckless driving. Bell is bed-bound, paralyzed and brain dead after a horrific car accident. In 2008 near Orlando, Fla., he was riding in a Honda Civic stopped at a red light. A police officer suddenly lost control of his cruiser, and rear-ended the Honda so hard the vehicle pitched forward 250 feet. The officer had been driving more than one-hundred miles per hour. Bell is 23 years old and will always need round-the-clock care.

Erskin Bell, Sr., said, "For the longest (time), I was just hoping it was a bad dream or one day that my son would just wake up out of it. But it had gone on so long now that it has really turned into a nightmare for the family."

Mark Maupin, the speeding police officer, wasn't responding to an emergency call. He didn't have on his lights or siren. He did have a record of on-the-job accidents, at least one of them involving speeding according to Fort Lauderdale's Sun-Sentinel.

Bell, Sr., said, "In the case of Mark Maupin...I think the only consequence that has happened to him was that he quit his job and he has a right to go be a police officer anywhere else now. And I think that somehow that is just not right."

Maupin was cited for lack of due care and not wearing his seatbelt. He paid court costs and lost his license for 90 days.

Doctors say Bell will never fully recover. The Bells received a $2 million settlement from the State of Florida. They told "CBS This Morning" that figure will only help cover about four years of home care for their son. It has been three years since the accident.

Occasionally, police do get caught speeding. In October, a Florida state trooper pulled over a Miami police officer going 120 miles per hour on his way to a moonlighting job. In December 2009, a Palm Beach sheriff's deputy led police on an 18-mile high speed chase in an unmarked car.

Between 2004 and 2010, 230 accidents in Florida were caused by officers' speeding. In those crashes, 21 people were killed or maimed -- seven of them were police officers.

There is no national data on police speeding. But a 2011 Department of Transportation report shows nothing kills police more than car crashes, with a 44 percent increase in police crash deaths since 2000.

In Florida, police who caused high speed crashes seemed to get special treatment. Only 12 percent of them were ticketed, compared to 55 percent of other motorists involved in similar wrecks.

For more on this story, watch Mark Strassmann's full report in the video above.