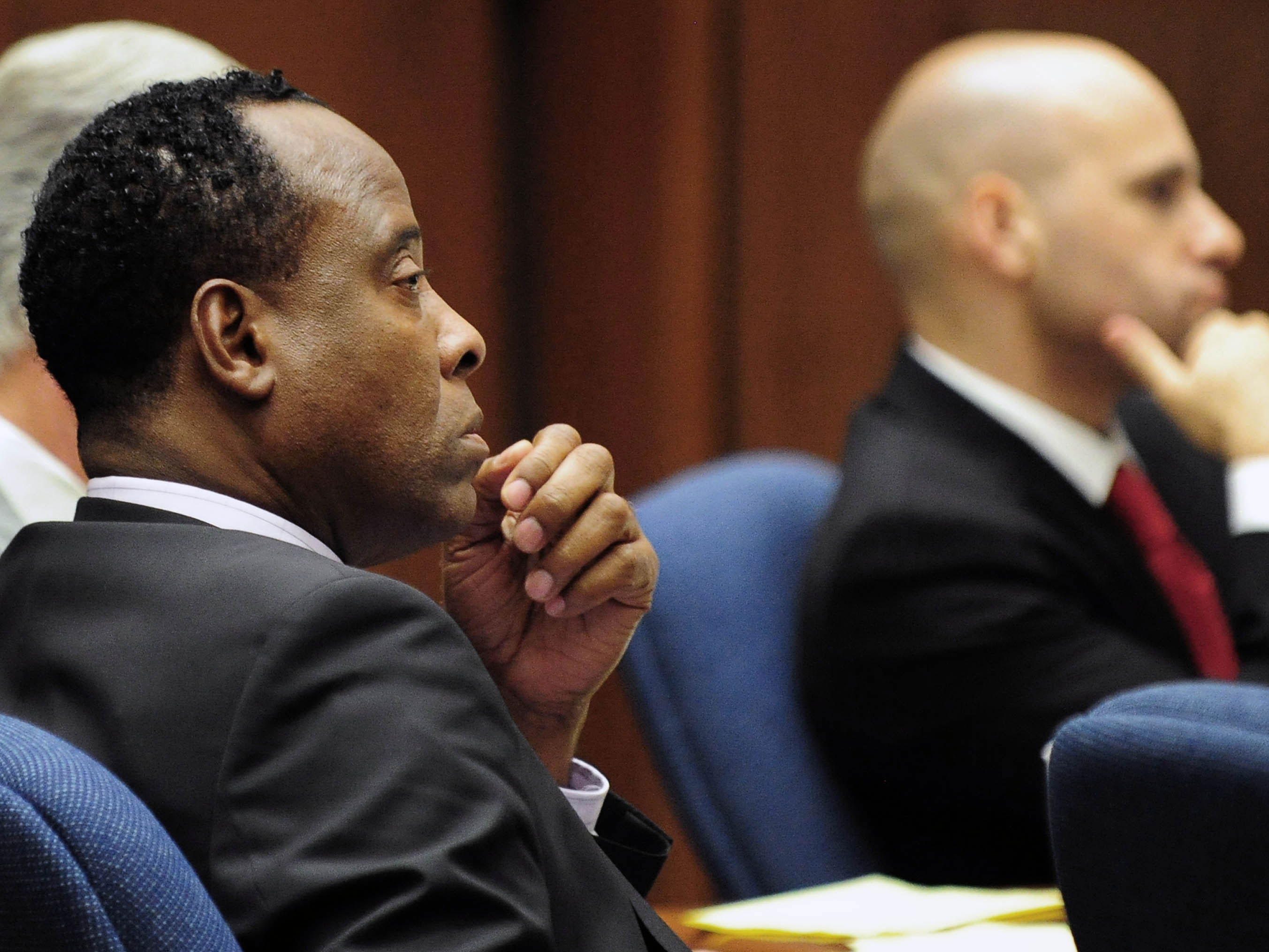 (CBS/AP) LOS ANGELES - Experts repeatedly told jurors that Michael Jackson's doctor acted with "gross negligence" throughout his treatment of the pop superstar. It is a theme that will likely be repeated as prosecutors near the end of their involuntary manslaughter case against the physician.

The conclusion of the prosecution's case, which may come on Thursday but more likely will extend into next week, brings defense attorneys a step closer to revealing how they will counter damaging evidence presented through more than 30 witnesses so far. The defense case also shifted Wednesday when an attorney for Dr. Conrad Murray revealed he was abandoning the theory that Jackson swallowed the fatal dose of the anesthetic propofol.

The Houston-based cardiologist has pleaded not guilty. His attorneys have repeatedly told jurors they will show Jackson self-administered either the anesthetic or the sedative lorazepam without Murray's knowledge. They had invested months before the trial on the theory that Jackson somehow drank propofol and caused his own death.

Defense Attorney J. Michael Flanagan on Wednesday dropped the defense claim that the singer swallowed a fatal dose of the anesthetic propofol while the physician wasn't looking. Flanagan told a judge and prosecutors that the results of a study he commissioned confirmed that if Jackson swallowed the anesthetic, its effects would be "trivial" and the issue wouldn't be raised with jurors.

Murray's attorneys may still argue that Jackson gave himself the fatal dose of the drugs, but a pair of experts told jurors that even if that happened, it didn't change that Murray went far astray from medical norms.

The experts, a cardiologist and a sleep expert who both practice emergency medicine, said Murray should have never been giving Jackson propofol as a sleep aid.

"It's beyond a departure from the standard of care into something unfathomable," said, Dr. Nader Kamanger, a UCLA sleep expert.

Kamanger said that even if Jackson did somehow give himself the fatal dose of a drug, Murray would still be at fault.

Jackson's death, he said, was "a foreseeable complication."

Both Kamanger and Dr. Alon Steinberg, a cardiologist, said Murray's admission that he didn't call 911 for at least 20 minutes and his ineffectual resuscitation efforts left Jackson with little chance for survival.

"Every minute counts," Steinberg said, adding that even a five-minute delay in calling could be the difference between life and death. He called Murray's behavior "strange" and along with Kamanger criticized the cardiologist for trying to perform CPR on Jackson's bed rather than a hard surface.

Kamanger and Steinberg each listed multiple reasons for why they felt Murray acted with "gross negligence" while acting as Jackson's personal physician as the singer prepared for a series of comeback concerts in 2009. Steinberg also noted that Murray lacked sophisticated medical equipment that is present in hospital settings where propofol is supposed to be administered.

Kamanger said there was no evidence that Murray attempted to diagnose the underlying reasons why Jackson couldn't sleep and was giving the singer sedatives that were addictive.

Kamanger will undergo cross-examination when court resumes on Thursday. Prosecutors are expected to conclude their portion of the case by calling anesthesiology professor and researcher Dr. Steven Shafer, who is a leading expert on propofol.

Defense attorneys will likely call several witnesses and are relying on another anesthesiologist, Dr. Paul White, to try to counter the prosecution experts. White sat in the courtroom Wednesday, occasionally conferring with Flanagan and Murray's other defense attorneys.

The cardiologist faces up to four years behind bars and the loss of his medical license if convicted.