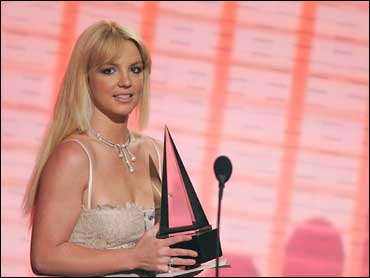 As strange as it may seem to check in and out of rehab before completing a full day — twice in a week — an ex-addict and rehab therapist says pop singer Britney Spear's behavior is common in people struggling with addiction.

Spears, 25, left Promises Malibu Treatment Center on Wednesday less than a day after arriving at the facility that specializes in treating drug and alcohol abuse. Last week she reportedly sought treatment at Eric Clapton's Crossroad Rehab center in the Caribbean but also checked out after a day.

Dr. Howard Samuels, the executive director of Wonderland Center where Lindsay Lohan received treatment, told co-anchor Julie Chen on The Early Show Thursday that people often enter rehab intoxicated and after meeting with doctors, they sleep it off. When they wake up, they are sober and must face the reality that their time drinking and drugging is over.

"Then they're hit with intense feelings — intense emotions of shame, guilt, the things that they've done," he said. "And they either deal with those feelings, or they run. And I think that that's what's happening in this case; is that she's running."

2At the Wonderland Center, Dr. Samuels said patients' lives are highly organized. They wake up at 7:30 a.m. and clean their rooms. They go to group therapy, individual therapy and 12-step meetings. The schedule is jam-packed.

"The most important issue is the first 72 hours," he said. "That's where it's most important. Because it's in that time frame where the person's either going to stay and make a commitment and deal with their emotions and the shame and guilt that they've gone through, or they're going to run."

Dr. Samuels said the longer the stay the better. If a patient stays for a long period like 90 days, it shows a commitment to getting better and a willingness to change his or her life.

"You see, that's the most important issue, is not so much the treatment, which is very important, but it's the willingness that the individual has to have in order to change their life," Dr. Samuels said.

Jim Stillwell, who runs the Impact center where Robert Downey Jr. was treated, said that to get sober, celebrities have to stop thinking of themselves as stars.

"I could give you a laundry list of bigger names than Britney Spears that have been clean for years and no one ever heard about it because they had the burning desire to remain private about it," he said.

Meanwhile, Spears' estranged husband and father of her two sons, Kevin Federline, has called an emergency hearing in family court and Spears' custody battle may have been severely damaged by her hard partying and what some people say was a nervous breakdown when she shaved her head over the weekend.

But perhaps the threat of losing her sons will push Spears to recover. Stillwell said that Spears will be ready to change when her life becomes too painful.

"There's very few people who can live that way that flamboyant out-front sort of lifestyle and survive," he said. "I'll give you one: Anna Nicole"

Wednesday, Spears was seen leaving the office of a Hollywood lawyer, Blair Burke, who has represented other celebrities in law suits against the paparazzi. Photographers captured shots of Spears at the rehab center.

"It must be really hard for Britney to be photographed while in rehab," said Jill Dobson, Star magazine editor. "That's one of the lowest points of her life."