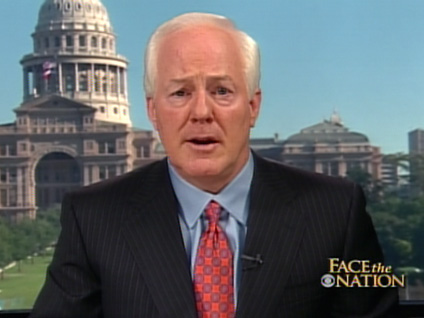 Secretary of State Colin Powell "made as strong a case as one could make that Iraq was concealing weapons-related activities," says former U.N. weapons inspector and CBS News consultant Steven Black.

Black called Powell's address to the U.N. Security Council Wednesday an "incredible presentation of a web of evidence, not just a theory, woven together in an easy-to-understand, comprehensive way."

Specific pieces of evidence Powell cited "are almost all new, and all are analogous to evidence we had in the 1990s of Iraqi concealment activities."

Black said the evidence – drawn from photographs, intercepted communications, and human sources – was as compelling as it's likely to get in a situation where a smoking gun may be something as small as a vial of anthrax.

"What does anthrax look like from 200 miles from space? You can't have a smoking gun picture" of chemical or biological weapons, said Black. "The strength of the case comes not from a smoking gun, but from a sales receipt for the gun and a box of bullets."

Black said it should be clear now that the inspections are failing in their current form and that a new solution is needed.

"The inspection mechanism in place now isn't working. You could beef up inspectors, have inspectors with guns, but I don't think those ideas will be seriously considered."

Referring to 18 trucks Powell said Iraq uses as mobile biological weapons labs, Black said, "Inspectors are never going to put their hands on those trucks" as long as Iraq keeps moving them.

He suggested Powell's address had also weakened the argument that the presence of the inspectors in Iraq was serving as a safeguard against Saddam Hussein using or expanding his weapons programs.

"They're still developing weapons even while inspectors are on the ground," said Black. "The notion that as long as inspectors are there the problem won't get worse has been disproven now."

Although initial reactions from key U.N. Security Council members suggest they're still unconvinced that the use of force is justified, Black says opponents have few arguments left.

"The only real opposition is that war is never an acceptable solution." But "barring a major policy shift or major event in Baghdad," Black says war now appears inevitable.

"If someone can come up with that solution, they're worthy of a Nobel Peace Prize."