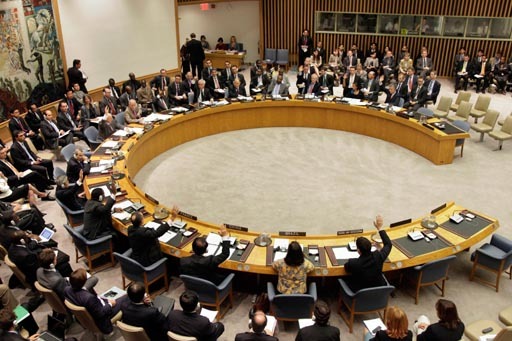 Even as the White House trumpets the U.N. vote imposing the toughest sanctions to date against Iran, a former U.S. official and expert on sanctions say they "almost never succeed."

In a CBS News interview, economist C. Fred Bergsten says the chances the new sanctions will get Iran to capitulate on its nuclear program are "virtually zero."

"It's sad but true," said Bergsten, a former Assistant Secretary of the Treasury in the Carter Administration and currently director of the Peterson Institute for International Economics.

Then why bother to impose sanctions? Bergsten says nations don't want to go to war, but putting sanctions in place makes them feel "they're doing something against the bad guys."

President Obama seemed to concede that point in his remarks today on the new sanctions against Iran.

"We know that the Iranian government will not change its behavior overnight," he said, "but today's (U.N.) vote demonstrates the growing costs that will come with Iranian intransigence."

When CBS News asked the White House to name an example or two of nations that changed major policies as a result of sanctions, an official cited South Africa, which ended apartheid, and Libya, which abandoned its program to produce weapons of mass destruction.

Bergsten says the changes in those two nations were more the result of internal politics and other factors than international sanctions.

And he believes no country illustrates the failure of sanctions to bring about change more than Cuba, against which a U.S. embargo has been in effect since 1960.

"Our conclusion is that the Cuban sanctions have been a total failure," said Bergsten in a debate on the subject of sanctions in 1998. He said he stills stands by that assessment.

Bergsten says sanctions can occasionally get a country to give in on a minor policy matter. But he says the historical record shows it's rare that sanctions will ever compel a strong nation to alter a high-priority program.