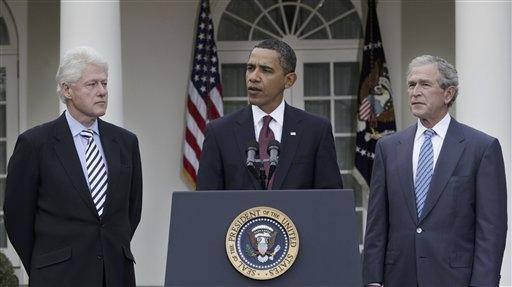 The New York International Auto Show begins at the Jacob K. Javits Convention Center in Manhattan this weekend. But The Early Show correspondent Melinda Murphy got a sneak preview of some of the world's most expensive cars.

She showed one of the newest of these exotic cars to hit the market: the Spyker Spyder T.

Spyker is small Dutch company, reviving a name associated with autos since 1898, and dedicated to improving the sports car. Their latest model sells for about $270,000.

In the auto business, the industry's latest fashions make their debut every spring at the New York International Auto Show, which runs this year from April 9 to 18.

But don't expect to see the most expensive car in the world there. Bugatti Veyron or Veyron 16.4 will be out later this year by Volkswagen. It's expected to sell for about $1.1 million dollars.

Founded by Italian industrialist Ettore Bugatti, the French automaker produced just 6,000 vehicles between 1909 and 1956, and today, those that survive are among the most valuable collectibles on the market. Volkswagen bought the rights to the Bugatti name.

Veyron 16.4 is a two-door, two-passenger super coupe. Supposedly, it's capable of putting out 1001 horsepower. The makers are boasting of a top speed of about 254 miles per hour. O-60? How about 0-to-188 miles-per-hour in 14 seconds? Total production will be limited to 300. The first of which should be out in Europe this spring. All 300 are sold.

Of course, it's not all about the car. The automaker has assigned a select few luxury partners the right to produce matching accessories to complement the new car. These include diamond jewelry, a $70,000 watch, and a collection of eyewear. Those glasses feature a microchip that contains data about the wearer's vision. Break a pair or need a new look? No problem. The chip will help your local optometrist grind the precise prescription

Last year, the most expensive car was the Enzo Ferrari. It looks and feels like a race car, but it's street-legal. All 399 were sold, so it's not available any longer. It had sold for about $670,000.

The Enzo Ferrari and the Bugatti are said to "compete" in the exotic car market with the brand new Mercedes-Benz SLR McLaren. This car made its North American debut in January at Detroit's car show. And 120 cars were pre-sold in the $450,000 range. It's a two-door, two-passenger coupe, which can go from 0-to-60 miles per hour in 3.7 seconds and reach a top speed of more than 200 miles per hour. The gull-wing-esque doors can be raised to reveal an aluminum, carbon-fiber, and leather-trimmed cabin described by Automobile Magazine as both livable and exotic. The magazine said this car has, "Heart-stopping technology. Heart-stopping power. Heart-stopping price."

In the same price range (this is one goes for about $440,765) and just about as hard to find, is the Porsche Carrera GT. Also a two-passenger, two-door, and also hitting speeds of more than 200 miles per hour.

And since the SLR has sold out, perhaps you should "step down" to the car designed by Californian Steve Saleen, the Saleen S7 for about $395,000. Carbon fiber body surfaces were shaped in a wind tunnel to keep the ultra-wide tires in contact with the ground at a top speed of more than 200 miles per hour. Safety and convenience features are "minimal" (it doesn't like curbs or potholes) according to Automobile Magazine, "but who cares when you're having this much fun." This is the car Jim Carrey drove in the movie, "Bruce Almighty."

Need a sedan? How about the Mercedes Maybach 57, and its longer, more expensive sibling, the Maybach 62? Automobile Magazine said, "Webster's dictionary doesn't contain enough superlatives to describe (the 57 and the 62)." In the 1930s the Maybach was one of Germany's premiere luxury cars. Today, the name guarantees exclusivity. There are fewer than 80 dealers in the United States, and fewer than 50 cars were sold here in it's debut year, 2003.

Each car is built to spec and almost every desire can be accommodated. Standard features include TV and DVD players for rear-seat passengers, two cordless phones and a refrigerator compartment with two silver champagne flutes and room for a bottle of bubbly. All of that, and it can go from 0-to-60 in 5.2 seconds. It even handles well. They can be had for between $308,000 and $359,000.

The Maybach competes for market share with Bentley's Arnage R, which looks like a traditional Rolls Royce. (The Bentley was a division of Rolls Royce, but is now owned by Volkswagen) It sells in the $200-$260,000 range.

It also competes with the Rolls Royce Phantom. Automobile Magazine calls this one, "excessive size; excessive styling; excessive price; once again, the definition of luxury." New Rolls Royce owner BMW has developed its replacement for the Silver Seraph, which never became popular. The Phantom is larger than previous Rolls models but retains the traditional style. It is not as powerful as the Maybach. The oversize trademark grill, rear-hinged doors and cab-rearward look give it an imposing presence. The price is $320, 000.

The Lamborghini Murcielago is another two door, two-passenger coupe, which can hit speeds more than 200 miles per hour. Designed to sell for a mere $281, 000.

Bottom line, you can buy a home for less than these cars sell for. And the Volkswagen name doesn't always stand for a less costly mode of transportation.