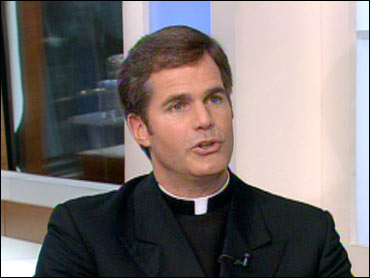 The Catholic Church has always believed in the idea of demonic possession -- of the fight, within the individual, between good and evil, says CBS News correspondent Mark Phillips.

The ancient ritual of trying to drive evil spirits formtortured souls was dramatically portrayed by Hollywood in "The Exorcist."

The Church, Phillips points out, would rather such graphic religious experiences took place privately.

There is evidence, though, that the practice of exorcism is experiencing a revival, according to the Washington Post.

Particularly, says Phillips, among the faithful in Poland, so many of whom came to Rome to mourn the death of Pope John Paul II. Demand for exorcism has apparently risen so high, 70 priests now perform the rite there, double the number of five years ago. And the Church is planning a dedicated exorcism center.

Some blame the demand on the residue of the communist years. Father Jerome Hall, of the Washington Theological Union, says, "Once the oppressive regime falls, there's still a residue of pain, of betrayal, of anxiety, of evil. ... Some people who grew up in Eastern Europe would say, 'That's no wonder.' "

But numbers are said to be up elsewhere, as well, reports Phillips. In Italy, 350 trained exorcists are now working. There were only 20 ten years ago.

Italian exorcist Father Gabriele Nanni says, "For the sinners, who want to conquer entities or the devil himself, for them, the situation is very dangerous."

Even in the United States, Phillips notes, one-in-ten Catholics, according to a recent survey, now says they've either submitted to or witnessed an exorcism.

For many, it seems, the ancient battle between good and evil continues today, Phillips concludes.

What's behind the apparent rise in exorcisms?

Father Thomas Williams, Dean of Theology at the Regina Apostolorum Pontifical University in Rome and a CBS News religion consultant, told co-anchor Maggie Rodriguez on The Early Show Tuesday, "There may be two reasons. One is that there's increased interest in the occult, even in Satanism. Where I live in Italy, Satanic worship is actually on the rise. And this is true in a lot of places in Europe. And the second reason I think is because people are less careful. Honestly, they maybe pray less. They play around with things they shouldn't play with, and then they get into trouble. ... Anyone can be possessed, but I think you really have to open yourself up to it. You have to be un-careful. And I think the spiritual demons, or bad angels, do exist, and I think it's an extreme thing, but it happens sometimes.

How do you know that the person is possessed, and you're not just dealing with a psychological problem?

"Well," Williams responded, "that's the biggest challenge we have. Because obviously, many things that in the past that were considered demonic possession or demonic influence were really just diseases or psychological problems. So, priests work closely with psychologists to try to ascertain the real nature of the pathology or of the problem before performing an exorcism. But prayer never hurts. So if you're just praying for a person, you're not gonna do them any damage."

There are specific signs that a person is possessed, Williams continued; "Three typical signs are speaking strange languages, a language a person's never had any access to whatsoever, and they just become fluent in it. And often accompanied by a change of voice that doesn't even sound like the person. Another is knowledge of secret things. For example, saying things that the person has no way of knowing. And a third is superhuman strength, the ability to lift objects and move things."

What's the process of exorcism like? Is it similar to what the movie portrayed?

"Well, it's similar," Williams replied. "It's mostly based on prayer and reading of sacred scripture, but there are other things used like holy water, a crucifix, etc. It's a long process. It begins with simply praying over the person and asking the person to pray with you. Often, they won't; if there really is some sort of demonic presence there, they will not do that. It's a lot of prayer until there's some sort of manifestation on the part of the demon, if there is one.