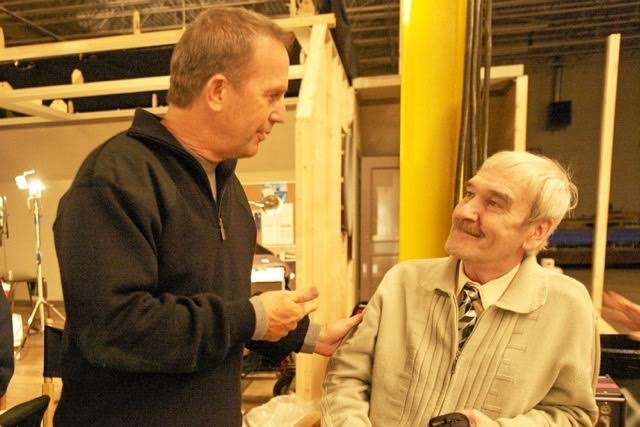 Kevin Costner is among the stars who have appearances in the upcoming documentary "The Man Who Saved the World" about the little-known story of how one Russian Lt. Col. helped save the world from nuclear war.

The film, directed by Peter Anthony, tells the events surrounding Sept. 26, 1983 when Soviet satellite warning systems indicated that the United States was launching a full-scale nuclear attack on the Soviet Union. It centers on Russian Lt. Colonel Stanislav Petrov, who defied military protocol, ignoring the incoming attack that was confirmed by all warning systems. He declared it a false alarm.

Years later, in 2006, Petrov came to the United States to accept an award from the United Nations for his decision to avert a nuclear war in 1983. During his visit he met with CBS News journalist Walter Cronkite and stopped by the New York film set of "The Good Shepherd" to meet Robert De Niro and Matt Damon. He then continued his cross-country trip with his translator to meet Kevin Costner in Louisiana on the set of "The Guardian." Petrov is a big Costner fan.

"The Man Who Saved the World" opens in select theaters Friday, but we have an exclusive clip ahead of its premiere.

Check it out above.