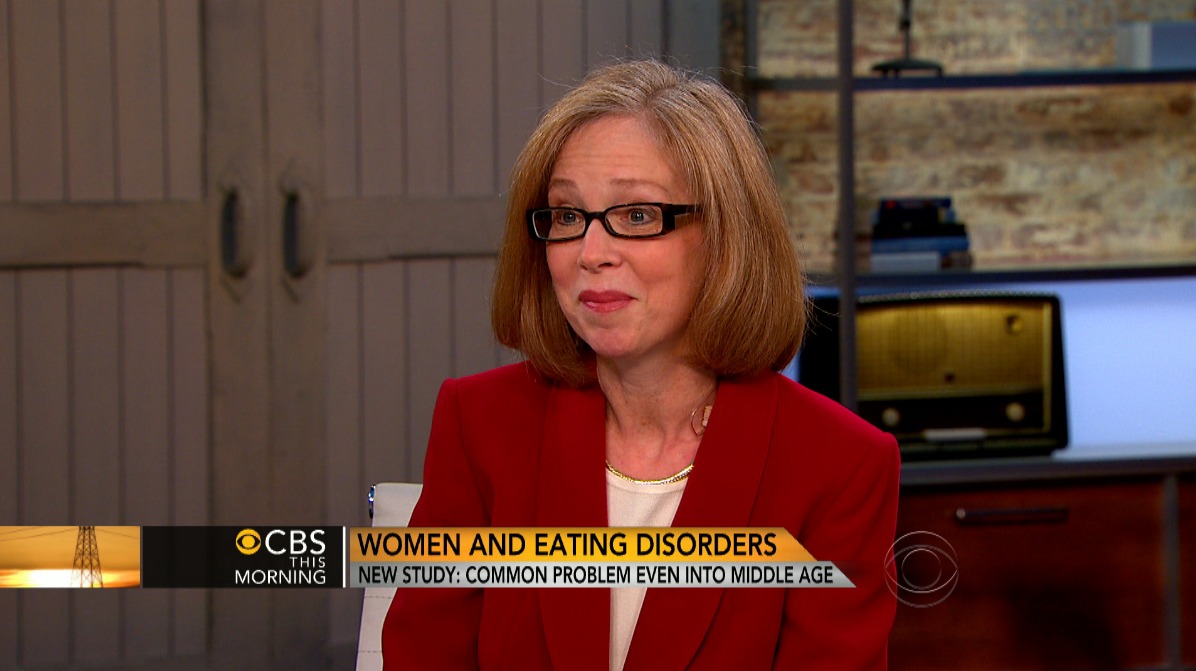 (CBS News) A new study reveals young women are not the only ones who suffer from eating disorders.

The survey of 1,900 women, aged 50 or over, found 13 percent of them admitted having an eating disorder; 8 percent reported purging; and 62 percent said their weight or shape has a negative effect on their lives.

Dr. Cynthia Bulik led the study. She is the Director of the University of North Carolina's Eating Disorders Program and the author of "The Woman in the Mirror."

Bulik said she was not surprised by the study's findings but expects the world will be because of the stereotype that eating disorders affect mainly adolescent and young adult women.

"I think there is such pressure on older women to not look like they're becoming older," Bulik said. "Everything is about looking younger, trying to stay thin and attractive, whether that means surgery or cosmetics or whatever. The pressure to not age is so strong. That leads them down the path of unhealthy eating and diet behaviors."

"It's really about self-esteem, body esteem and the whole psychology associated with development across the life span," she said.

Emotional triggers can also cause eating disorders later in life. Things like divorce, loss of a spouse, children leaving home, or children coming back when you're not expecting them to.

"Most important thing is, we've got to get ourselves out of this appearance focus," Bulik said. "Instead of looking for flaws and figuring out what's wrong, say something positive about yourself. Not about your appearance but about some other enduring characteristic that will be there long after your looks fade."

To watch the full interview with Dr. Bulik, click on the video above.

How journals left in coffee shops are teaching people about gratitude
Thanks for reading CBS NEWS.
Create your free account or log in
for more features.
View CBS News In
CBS News App Open
Chrome Safari Continue
Be the first to know
Get browser notifications for breaking news, live events, and exclusive reporting.