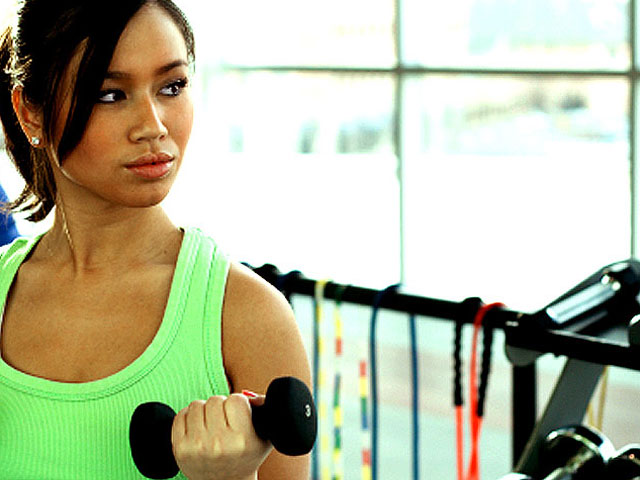 The researchers behind the study, published Nov. 19 in Pediatrics, say the trend is "cause for concern" and of "considerable public health importance."

For the study, researchers surveyed nearly 2,800 adolescents from middle and high schools in urban areas who were an average of 14 years old. They were surveyed on whether they engaged in muscle-enhancing behaviors that included changed eating habits, increased exercise regimens and the use of protein powders, steroids or other muscle enhancers like creatine.

The results surprised researchers. More than two-thirds of boys changed their eating to increase their muscle size or tone, and 90 percent reported exercising to bone or bulk-up.

Behaviors the researchers deem "unhealthy" for teen boys were also common, with nearly 35 percent using protein powders or shakes, more than 10 percent using other muscle-enhancing supplements and almost 6 percent of them used steroids like testosterone.

Boys however weren't the only ones turning to these behaviors. A large majority of surveyed girls said they changed their eating and exercise habits, 21 percent turned to protein powders, 5.5 percent used other muscle enhancers and about 5 percent used steroids.

Body mass index -- a ratio of height and weight used by doctors to measure obesity -- correlated with muscle-enhancing behaviors, so overweight and obese girls (BMI 25 and higher) were significantly more likely to use protein powders and shakes than normal weight girls (BMI 18.5 to 24.9). Grade level and participation on a sports team also correlated to a greater likelihood for these behaviors. Asian adolescents were found to be more likely to engage in the behaviors than other surveyed groups.

The study's authors urge pediatricians to talk to their adolescent patients about healthier ways to bull up.

"Given the adverse health effects of steroids and other muscle-enhancing substances, identifying populations at particular risk and understanding patterns of use hold considerable public health importance," the researchers write.

They say an increase in body images shown in media of leaner, muscular men and women has corresponded with an increase in body dissatisfaction among teens. Further, high-profile steroid cases involving athletes and celebrities also raises awareness among youth for potential muscle-building options.

Study author Dr. Marla Eisenberg, a professor of pediatrics at the University of Minnesota added to MyHealthNewsDaily that teens who engage in compulsive eating behaviors could be at risk for serious disorders down the road.

She also said teens who substitute protein shakes for meals are making an unhealthy choice and may be "missing out on the additional nutrients and other benefits of eating real food."

Steroids can cause prematurely stunted growth in teens that have yet to stop growing by causing the skeleton to mature too fast and accelerating puberty changes, according to the National Institute on Drug Abuse. Other effects include jaundice, fluid retention, high blood pressure, severe acne and sexual side effects for boys and girls that may impact fertility. Annabolic steroids also may cause mood swings, impaired judgment, depression or irritability.

Experts also note the supplement industry is not regulated by the Food and Drug Administration, so products may contain other potentially harmful ingredients.

An "old wives' tale" may suggest teens who lift weights and bulk up may stunt their growth. The American Academy of Pediatrics says that could definitely happen if an adolescent injures the bone's growth plate. Other injuries include herniated disks in the back, muscle strains and tears, bone fractures and cartilage damage.