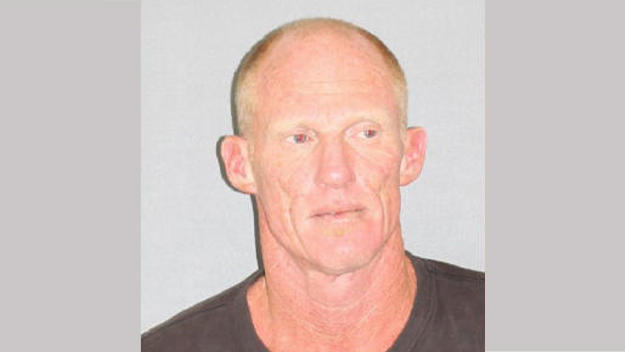 IRVINE, Calif. -- Former USC and Los Angeles Raiders quarterback Todd Marinovich has been arrested after being found naked with marijuana and possibly methamphetamine in a stranger’s backyard in Southern California.

Irvine Police Cmdr. Mike Hallinan said Monday that Marinovich was arrested Friday night after a call saying a naked man was on a hiking trail near homes. The officers found him in a backyard holding a brown bag containing marijuana and a substance that appeared to be meth but police are awaiting lab results.

The 47-year-old Marinovich was a star quarterback at USC and the Raiders’ first-round draft pick in 1991, but drug problems drove him from the NFL after two seasons and he has had repeated run-ins with the law over drugs in the decades since.

He left USC after two years and was drafted in the first round by the then-Los Angeles Raiders in 1991. He was named a starter by the end of his first season and started his next as top quarterback, only to get released before the 1993 season, CBS Los Angeles reported.

Marinovich has previously acknowledged that his drug use contributed to the failure of his NFL career. He had subsequent stints with the Canadian Football League’s Winnipeg Blue Bombers and the British Columbia Lions in the 1990s.

In 1997, he did three months in jail for cultivating marijuana in his home. He was arrested for heroin possession in 2001 and was on probation for that arrest when he was busted again in 2005.

Marinovich pleaded guilty in October 2007 to felony possession of a small amount of methamphetamine and misdemeanor syringe possession and resisting arrest.

Marinovich grew up on the Balboa Peninsula of Newport Beach and set local and national high school passing records while leading his team at Capistrano Valley High School in Mission Viejo.

Contact information for Marinovich or an attorney who could comment for him could not immediately be found.