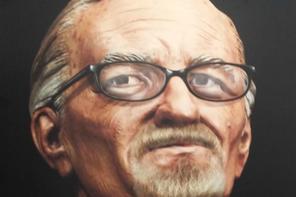 BETHESDA, Md. -- FBI officials announced Thursday that William Bradford Bishop, Jr, . was added to the Bureau's "Ten Most Wanted" list, according to CBS affiliate WUSA. Commonly known as Bradford Bishop, the suspect, who worked for the U.S. State Department, is wanted by the Montgomery County Police Department for the 1976 murder of five of his family members.

Bishop, who was a foreign diplomat for roughly a decade, allegedly bludgeoned his mother, his wife, and three young sons in their Bethesda home and set their bodies on fire thirty-eight years ago. A grand jury indicted him on five counts of murder in the case, which became one of the most high profile and well-known crimes in the region. Police have never been able to find the alleged murderer.

Montgomery County Police Chief Thomas Manger said at a press conference Thursday that adding Bishop to the list is "not our last chance, but it is our most recent opportunity to make progress towards apprehending Bishop." He added that the case has international aspects, saying, "While it is possible that Bishop may still be in the United States, we know that he had the means and the experience to relocate himself to a foreign country. No matter where he is, however, news spreads fast and all we need is just one person to call us with the right tip as to Bishop's whereabouts."

According to Montgomery County Police, on March 1, 1976, Bishop left work early saying he didn't feel well, went to the Montgomery Mall and bought a gas can and small metal mallet at Sears, then filled up the family's maroon 1974 Chevrolet station wagon with gas, as well as the gas can he had just purchased. He then went to the bank and withdrew almost all the money he had: $400, reported WUSA.

Bishop then drove to his Carderock Springs neighborhood in Bethesda and proceeded to kill his entire family with the mallet, police say.

"He went from room to room," said Montgomery County Sheriff Darren Popkin, who has been working the case for twenty years. "And one at a time hit them around the head and killed each one of them."

Popkin says Bishop killed his wife first. Then, he killed his three young sons as they slept in their beds. Bishop's mother entered the house after walking the family dog and she was killed. Authorities say Bishop put their bodies in the back of the station wagon and headed south for a 6-hour drive to North Carolina.

"A park ranger saw fire burning and immediately went to see what was going on. What he found was just absolutely grizzly. The discovery of five bodies in a shallow grave that was burning," said Popkin.

A Montgomery County grand jury indicted Bishop on March 18, 1976 for the murders. Bishop and the family dog, however, have never been found, say police. The fugitive would be in his late 70s now.

WUSA reports that the motive for the killings is unknown, however co -workers at the time say Bishop was passed over for a promotion right before he alllegedly murdered his family, and neighbors mentioned financial problems and Bishop's desire for overseas work and his wife Annette's desire to stay in Maryland.