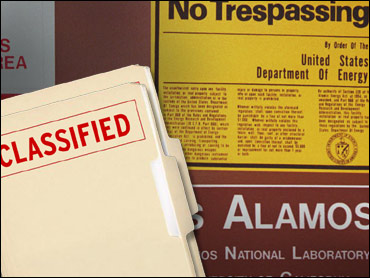 Jessica Quintana, 23, is scheduled to be arraigned May 15 before a federal magistrate in Albuquerque, her attorney Stephen Aarons said.

"She hasn't been charged, but we've reached an agreement as to what she will be charged with," Aarons said in an interview.

Police found the data — on a portable computer storage drive and in about 200 pages of paper documents — last October during a drug bust at her Los Alamos home.

The discovery renewed the furor over security problems at the nuclear weapons lab. The Department of Energy's inspector general found that security was "seriously flawed," and the breach was the subject of congressional hearings.

Aarons said Quintana, who formerly worked for a lab contractor, plans to plead guilty and could face up to a year in prison.

Federal prosecutors would not agree to make any recommendation as to sentencing, he said.

"We're hoping that she gets no jail time, but that's going to be up to the federal judge," the lawyer said.

Quintana was working as an archivist at the lab when she took the data. Aarons has said she was converting documents to an electronic format and took them home to catch up on her work.

Pleading guilty would be "an acceptance of responsibility," Aarons said. "We've always said she made a mistake here."

Lab officials said none of the material was top secret and that it did not contain the most sensitive nuclear weapons information. Most of it was classified at the lowest levels and was 20 to 30 years old, officials said.

The drug bust involved Justin Stone, a self-described meth addict who was renting a room in Quintana's home. He pleaded guilty last month to receiving stolen property and a probation violation, and was sentenced to five years' probation and ordered to a rehabilitation program.