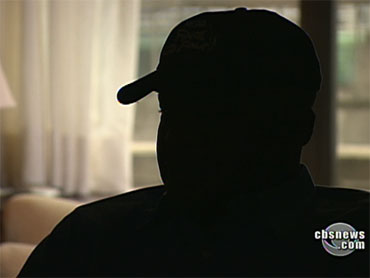 Two Iraqis at the notorious Abu Ghraib prison were bitten by dogs as they were being handled by sergeants who were competing to see who could scare the most detainees, a witness testified Tuesday.

Pvt. Ivan L. "Chip" Frederick II — himself convicted of abusing inmates at the military prison — testified by phone in the Article 32 hearing, the military equivalent of a grand jury proceeding, for Sgts. Santos A. Cardona and Michael J. Smith.

The Army had announced the hearing on Monday.

A dog handled by Cardona bit a detainee on both thighs, severely enough to require stitches, Frederick said. A dog handled by Smith bit an inmate on one of his wrists, but not hard enough to the break the skin, he said.

Frederick also said he heard both defendants say they were competing, using their dogs, to see how many detainees they could frighten into urinating on themselves.

He is serving an eight-year sentence at a military prison at Fort Leavenworth, Kansas, after pleading guilty to conspiracy, dereliction of duty, maltreatment of detainees, assault and committing an indecent act.

Frederick was the first witness at the hearing at Fort Meade, which is about 15 miles south of Baltimore.

If convicted, Cardona faces up to 16 1/2 years in prison, Smith up to 29 1/2 years. They both also could face reduction in rank to private, dishonorable discharge and forfeiture of pay.

The abuses allegedly happened from November 2003 to January 2004, when both soldiers were attached to the 320th Military Police Battalion, one of the units guarding Abu Ghraib prison near Baghdad.

Smith told investigators in February 2004 that he and Cardona used their unmuzzled dogs to help a military intelligence unit, "psychologically breaking (detainees) down" before interrogations.

Investigators said Cardona acknowledged that his dog bit a detainee in December 2003.

Col. Thomas M. Pappas, commander of the 205th Military Intelligence Brigade, which conducted interrogations at Abu Ghraib, was reprimanded and fined in May.

Eight Army reservists have been convicted of abusing detainees at Abu Ghraib. Another, Pfc. Lynndie England, is awaiting trial.