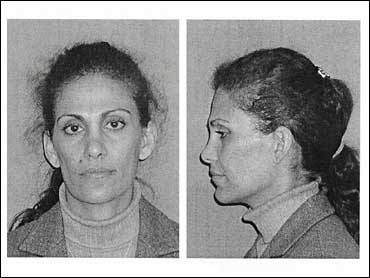 A former agent for the FBI and CIA pleaded guilty Tuesday to faking a marriage to win U.S. citizenship, clearing the way to being hired and given security clearances by the two intelligence agencies.

Nada Nadim Prouty, 37, emigrated to United States from Lebanon in 1989. She was given U.S. citizenship five years later and began working as a special agent at the FBI's field office in Washington in 1999, according to a criminal information sheet filed in U.S. District Court in Detroit.

While working as a special agent, Prouty improperly searched an FBI computer database for information about her relatives and links they might have to the Hezbollah terrorist organization, the criminal sheet showed. She joined the CIA in 2003 and resigned as part of her guilty plea Tuesday, officials said.

There's no evidence that Prouty was working as a spy on Hezbollah's behalf, two government officials said.

However, "This still continues to be an ongoing investigation," said FBI spokesman Stephen Kodak in Washington.

The case raises questions about hiring practices and background checks by two of the nation's most security-sensitive and secretive agencies.

"Clearly, something was broken in the system that allowed her to get in, to maintain that type of access for an extended period of time," said CBS security analyst John Brennan.

"This case highlights the importance of conducting stringent and thorough background investigations," Stephen J. Murphy, the U.S. attorney in Detroit, said in a statement. "It's hard to imagine a greater threat than the situation where a foreign national uses fraud to attain citizenship and then, based on that fraud, insinuates herself into a sensitive position in the U.S. government."

Prouty passed a lie-detector test before she was hired by the FBI, which conducted numerous interviews with her relatives and other associates in Beirut and the United States as part of her security background check, Kodak said. But she was not subjected to the more rigorous security screening that the FBI adopted after its 2001 arrest of turncoat Robert Hanssen, who spied for the Soviet Union and Russia over a 20-year period.

"She had a complete, full investigation," Kodak said, referring to the FBI's background check on Prouty before she was hired.

The CIA largely relied on the FBI's security checks when they hired Prouty, according to a government official familiar with the case who spoke on condition of anonymity because of the ongoing investigation.

"The CIA may have been a little too trusting of the FBI's ability to do a background check, as the bureau's own pre-employment investigation of Prouty would have covered her first years in country," the official said. "That won't happen again."

According to the court documents, released in Washington by the Justice Department, Prouty lived in Taylor, Mich., with her sister when her visa ran out in 1990. That summer, she paid off an unemployed U.S. citizen to marry her in a civil ceremony in Detroit. But the two never lived together and the marriage was never consummated sexually, the documents show.

Over the next four years, Prouty claimed she was legally married and living with her husband as part of her application for U.S. citizenship. She was naturalized in 1994.

In 1999, she was hired as a special agent in the FBI's field office in Washington, where she investigated crimes committed against U.S. residents while overseas. She was not part of investigations into Hezbollah, the Lebanese guerrilla group that the U.S. government has designated a foreign terrorist organization.

Prouty was not authorized to search the FBI database, in 2002, for her name and that of her sister and brother-in law. Her relatives were linked to Hezbollah two years later when they joined a senior Hezbollah official at a fundraiser.

Prouty joined the CIA in 2003. CIA spokesman Mark Mansfield described Prouty as a "midlevel employee" who violated immigration laws long before she was hired by the government.

The CIA is cooperating with the investigation, Mansfield said.