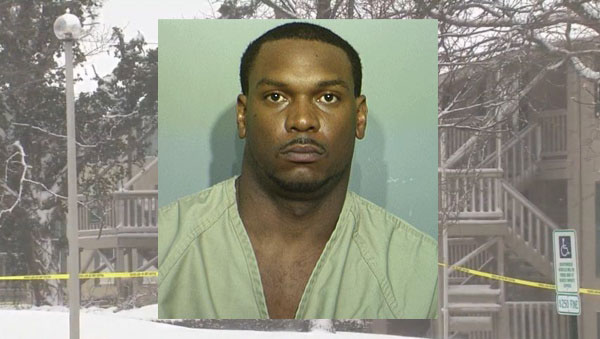 COLUMBUS, Ohio -- Police say a mother and her two young daughters have been stabbed to death by the woman's ex-boyfriend at an apartment in Ohio's capital city.

Columbus police Sgt. Rich Weiner says officers called to the sprawling apartment complex on the north side of Columbus at about 1:30 a.m. Tuesday found the three already dead. They are 32-year-old Erveena Hammonds and her daughters, 10-year-old Anaesia Green and 7-year-old Breya Hammonds.

Weiner says Erveena Hammonds' ex-boyfriend arrived at the apartment, forced his way in and killed her and the children.

The woman's current boyfriend showed up and scuffled with the other man. Both were hospitalized with stab wounds, and the ex-boyfriend was in critical condition.

CBS affiliate WBNS named the suspect as 35-year-old Wendell Callahan. Records obtained by the station show Callahan had previously been accused of violence against Hammonds.

In October 2006 the woman called police saying Callahan "grabbed her by her throat, picked her up off the ground with her feet dangling in the air and threw her on the car," reports the station

She said he then "threw her on the ground where he began kicking, stomping and punching" her.

Hammonds said she got away by flagging down a passing motorist. She told police that she thought he "would have killed her if the Good Samaritan didn't pass by."