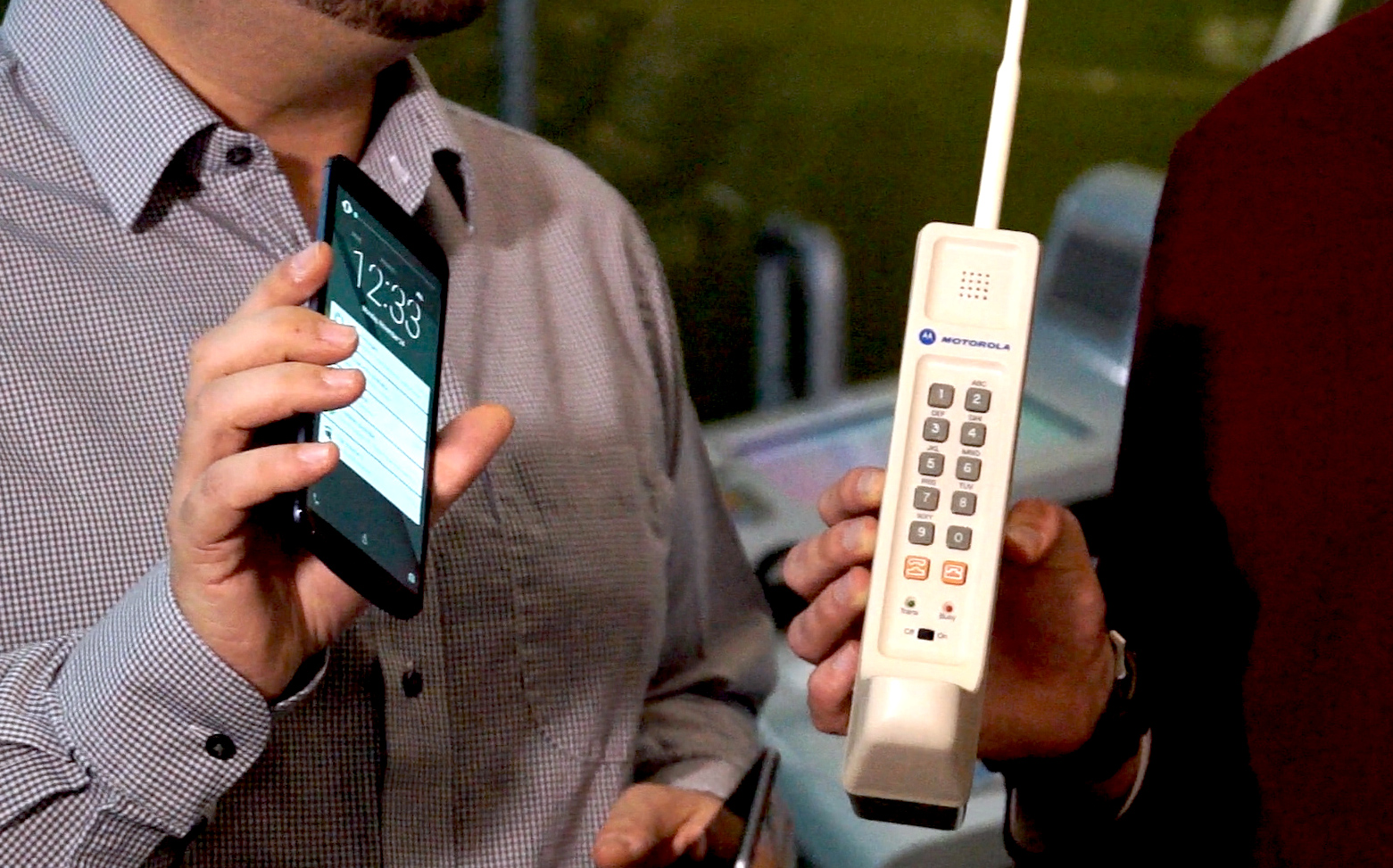 The telephone's essential role in our lives has been growing ever since that day in 1876 when inventor Alexander Graham Bell made the first call, famously telling his assistant: "Mr. Watson, come here. I want you."

Today, phones have become the indispensable technology of our time, our personalized keycards to an increasingly interconnected world -- a trend experts say will continue and even intensify in the future.

"We're going to the idea of a pocket computer and everything that can be, and unleashing it," said Scott Stein, a senior editor at CNET. He enumerated some of the ways smartphones are now going beyond basic communication: "Making payments, being able to unlock doors, being able to check on how your temperature is at home, being able to use it to connect with other entertainment in your home, we're already seeing that now, and I think that's just going to start growing."

Bell's breakthrough involved more than just the creation of a new device. It changed the way we interact with each other and the world around us.

"This beginning of live communication and the expectations of that, that carries over to now," said Stein. "Now you may have Facetime, now you may communicate with text messages. Think about virtual reality -- well, it all begins with a phone call."

Nearly forty years after that initial call, in 1915, Bell and his assistant demonstrated the first transcontinental call from New York to San Francisco, and in 1956, calls went transatlantic; each expansion transforming our notions of time and space.

Rotary phones, which first popped up just before the 1920s, began giving way to touchtone phones in the 1960s. This made dialing faster, and also added another element to our interaction with the devices. That number keypad, and the letters associated with it, would eventually make texting possible.

Another major breakthrough came in 1973 with the first cellphone call, beginning our move away from wires and, as Stein put it, "from being tethered to any home base."

The call was placed by Marty Cooper, then a Motorola employee, who said he rang up a competitor at AT&T to announce the achievement. Cooper later told "60 Minutes" that when he made that first cellphone call in Midtown Manhattan, he walked into the street and narrowly missed getting hit by a cab.

"That was a historical event," he joked. "And I'm sure it's happened many times since."

It took ten years for the first commercial handheld cellular phone to hit the market: the Motorola DynaTAC. A promotional video created by Motorola in 1984 heralded the phone's weight -- "Only 30 ounces!" -- and the beginning of the "cellular revolution."

"Eventually, seeing people use cellular phones may seem as commonplace as someone checking time on an electronic watch," the video proclaimed.

Throughout the nineties, cellphones grew sleeker, smaller and more commonplace. Companies like Motorola and Nokia battled for dominance through design. The first text message came in 1992, reportedly wishing the receiver a "Merry Christmas." Then in 2000, the first commercial camera phone was released in Japan.

"You started to have the beginnings of this type of viral collected information," said Stein. "And that kind of kicked off the YouTube age, people capturing stuff quickly and being able to share it."

In the meantime, the cellular infrastructure grew from 1G to 2G to 3G by the early 2000s. Blackberry and Palm took their turns as industry leaders, then Apple introduced the iPhone in 2007. A year later, Google unveiled Android. Over the next seven years, smartphones became ubiquitous, and more like computers.

"The cameras went from experimental to being as good as point and shoot cameras, the graphics and the processors became as good as laptops," said Stein.

And so here we are, clutching our phones and checking them dozens of times a day, using them to wirelessly communicate with an expanding digital ecosystem that spans from our watches to our televisions to our thermostats. Where do we go now?

"What's next is being able to do that and connect with everything else that's out there. So that your phone is a smart remote and gateway to everything in your life or everything you'd want to connect to in your life," said Stein.

"Right now, we still pull it out of our pocket and we type on it and we tap on it, but we're close to having that work wirelessly with our home or our car or doing things when we're not even looking at it. And I think that's the next step."