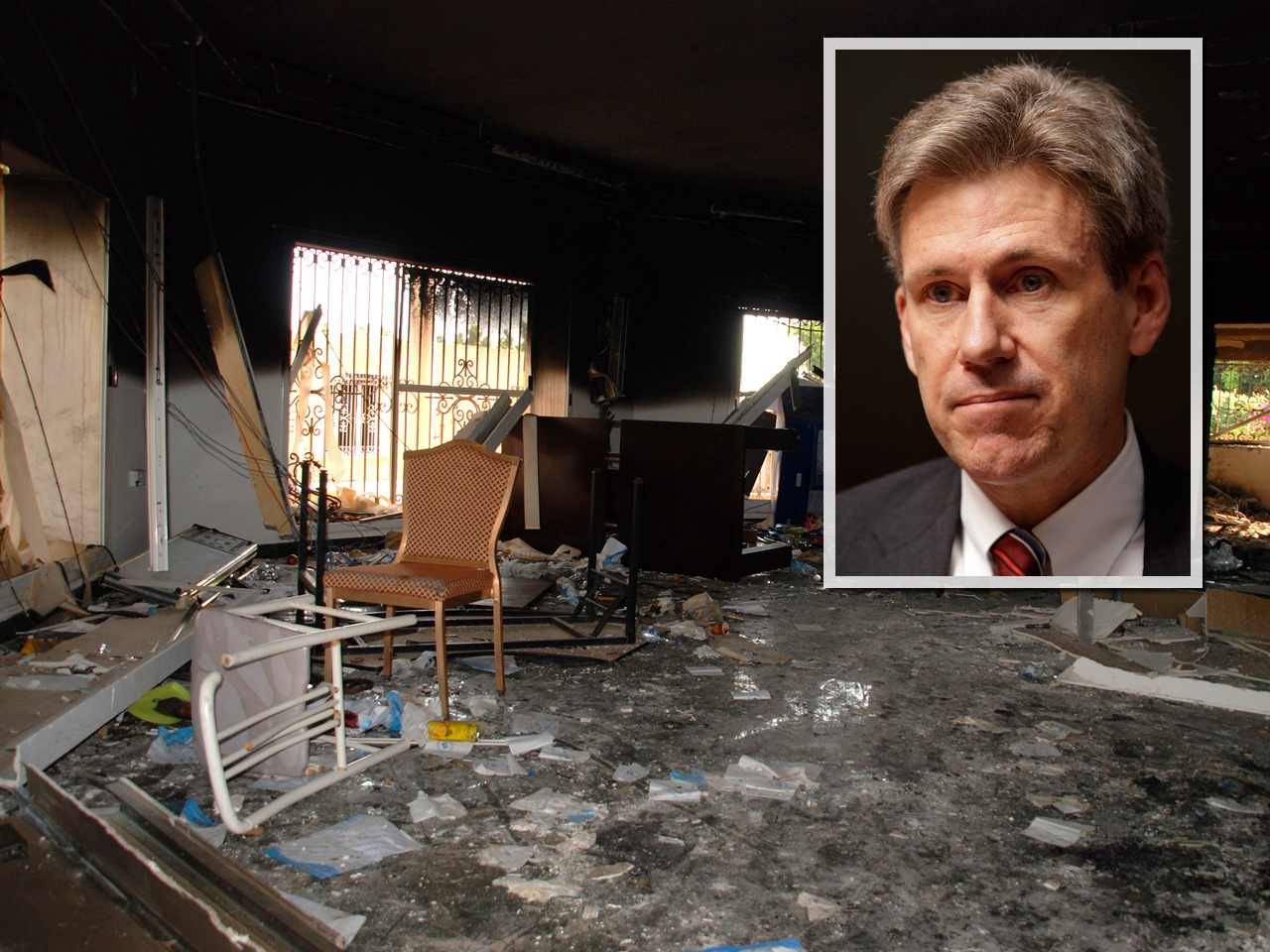 (CBS News) Developing evidence Wednesday night suggests the killing of four American diplomats in Libya may have been a terrorist attack, not mob violence, as first suspected.

U.S. Ambassador Christopher Stevens and three members of his staff were killed overnight in the fiery wreckage of the U.S. consulate in the city of Benghazi.

It happened after hundreds of people converged on the consulate to protest a little known internet film that ridicules Islam. The film was produced in the United States.

It was a year ago that the U.S. helped overthrow Libya's dictator, Muammar Qaddafi.

Christopher Stevens was one of the Americans on the ground then, helping the rebels to victory.

U.S. officials say this was not an out-of-control demonstration, but a well-executed assault by a well-armed band of thugs. Officials suspect the attackers are either associated with or sympathize with al Qaeda and that they took advantage of a demonstration sparked by that anti-Muslim film to launch their assault on the anniversary of 9/11.

American Ambassador Christopher Stevens and Information Manager Sean Smith were in the main building when the attack, which turned into a four-hour gun battle, began. Smith was killed. Smoke and flames drove others from the building. Stevens went missing and his body wasn't found until the battle was over after he was somehow transported to a Libyan hospital.

U.S. officials still don't know whether he was shot to death or suffocated in the smoke. Two other Americans were killed in another building.

Stevens had his own bodyguards and the consulate itself was protected by American and Libyan security forces. But there were no U.S. Marines, who often serve as guards at diplomatic outposts, on duty at the consulate, which is located in a residential neighborhood and was a temporary facility not built to withstand terrorist attacks.

After the attack, an elite anti-terrorist unit of about 40 Marines was flown in to beef up security at the American embassy in the capital of Tripoli. Air Force transport planes flew the bodies of the dead Americans out, along with at least three who were injured and the rest of the approximately 25 diplomats assigned to the consulate. At the same time, the U.S. State Department urged all non-essential personnel to leave on commercial flights.

The FBI has opened an investigation into the deaths and agents will be sent to sift through the wreckage for evidence. As part of the hunt for the attackers, officials say the U.S. will increase its surveillance over Libya, including the use of unmanned drones. In addition, the U.S. Navy is positioning two destroyers armed with cruise missiles off the coast of Libya. Bottom line, this is a terrorist hunt.