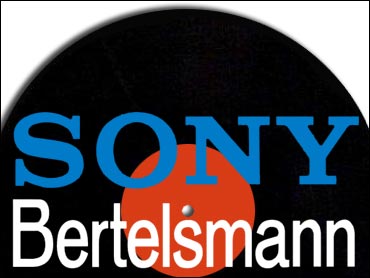 The European Union has approved the merger of Sony Music and Bertelsmann AG's BMG unit in a deal that gives the four "majors" control of about 80 percent of the world music market, a Bertelsmann spokesman said Monday.

"The merger was approved without conditions," said spokesman Oliver Herrgesell, in a telephone interview.

The EU's executive body, the European Commission, had been widely expected to endorse antitrust chief Mario Monti's decision to approve the merger.

Monti, the EU's competition commissioner, reversed his merger team's initial objections to the deal after two days of closed-door hearings in June with the companies and third parties, including independent labels and companies involved in the emerging legal market for online music downloading.

The EU initially said the deal could lead to higher CD prices, fewer choices for consumers, and stifle the development of legal online music downloading. But it concluded after internal review that it did not have "sufficient evidence" of collusion or future harm to consumers.

Herrgesell would not provide any further details of the EU approval.

Independent music companies have lobbied against approval of the deal, and threatened legal action to overturn the decision.

Impala, an umbrella group for more than 2,000 independent labels, said the merger would further reduce small companies' ability to give artists sufficient exposure.

The 50-50 joint venture is still undergoing antitrust review in the United States.