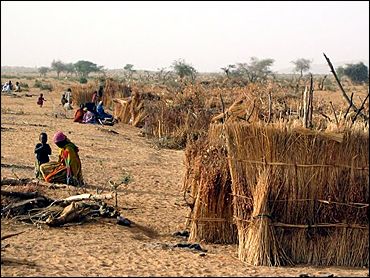 60 Minutes has shot some of the only video documenting an unfolding catastrophe in East Africa, where an estimated 30,000 civilians have been massacred in an ethnic cleansing campaign unleashed by the Arab government on the black African majority.

Rape has been a major tool of terror for the Arab militias, known as Janjaweed, in order to create lighter-skinned babies.

Entire villages have been torched, producing over one million refugees. Disease and a lack of food and water in the camps could push the death toll significantly higher.

Despite pressure from the U.S. and U.N. to end the violence, the government denies its involvement, and a fresh attack was launched just last week.

John Prendergast, an adviser for the International Crisis group and former Clinton administration official has just come back from Sudan and he visits The Early Show on Tuesday to offer an update and explain the dangerous situation in East Africa.

This week, international observers said, it was far too violent in the western region of Darfur for the refugees to return home from camps in neighboring Chad. The refugee camps are in hideous condition, and are being policed in many cases by Janjaweed.

Tune in Tuesday morning to find out more.