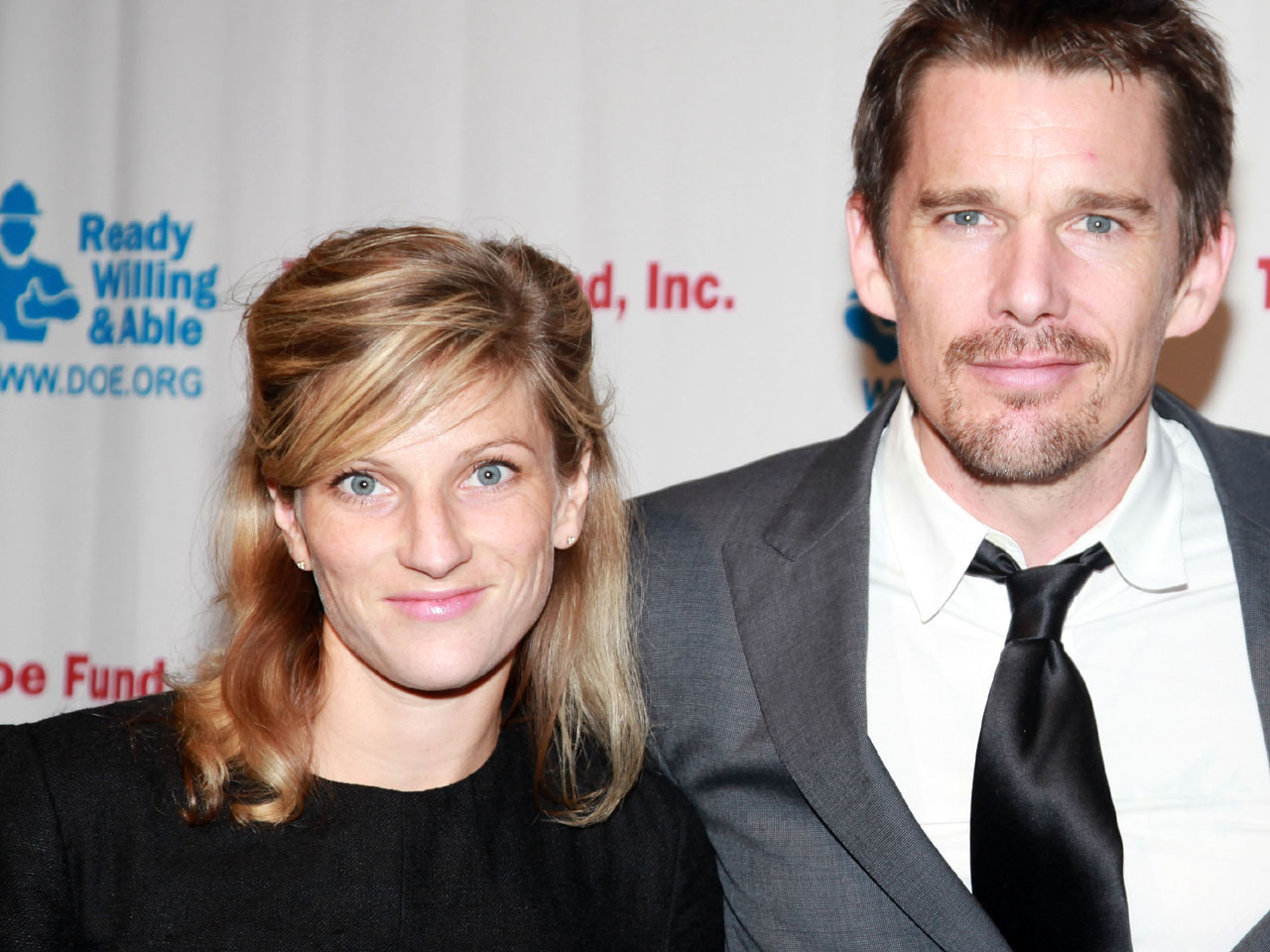 The couple married in June 2008, and welcomed daughter Clementine Jane a month later.

Shawhughes is "five months along, totally showing," a source told Us magazine. "They don't know the gender, but...Clementine really wants a little brother!"

Shawhughes once worked as a nanny to the Hawke's children with Thurman.