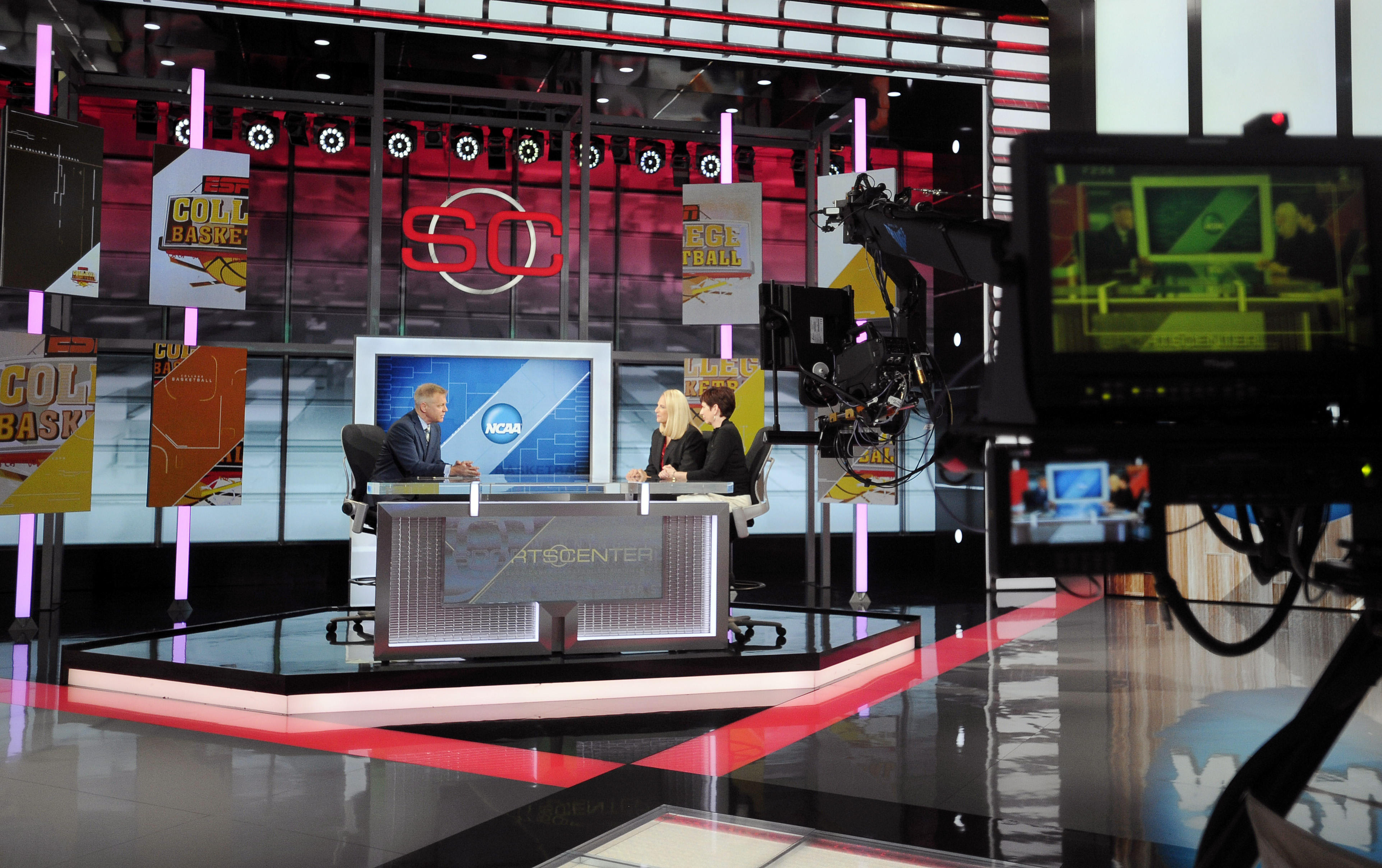 In recent months, ESPN has come under fire from liberals and conservatives. Some progressives are urging fans to boycott the network's NFL broadcasts due to the league's tolerance of off-field violence and its hesitancy to deal with brain injuries. Meanwhile, conservatives have been claiming that viewers are turning away from the channel due to its coverage of social issues and its "liberal bias." Most recently, ESPN host Jemele Hill's controversial comments about President Trump sparked a conservative backlash.

ESPN's subscribers and revenue are, in fact, in decline. But this trend started six years ago, well before any of the incidents those who blame politics cite.

Instead, there's plenty of evidence that ESPN's subscriber drops are part of a broader readjustment taking place in the U.S. television industry.

My recent book, "Portals: A Treatise on Internet-Distributed Television," explores how new ways to access television are disrupting the television industry. ESPN's loss of viewers has drawn so much attention because many thought the network was invincible. But internet competition has challenged many sectors of the industry – ESPN included – while providing unexpected opportunities for others.

It's worth noting that ESPN is unique among cable channels.

Most cable channels earn revenue from both subscriber fees and advertising. But ESPN receives far more from fees than most.

Every month, cable and satellite providers pay ESPN between US$6 and $7 per household to offer the channel – a cost that's part of the monthly bills subscribers pay. As a comparison, most channels receive less than 50 cents per household; many get less than a quarter. According to analysis by Variety, the second highest subscriber fee after ESPN is for TNT at $1.58 per household.

ESPN is able to negotiate such a high fee from cable providers because it has purchased exclusive licenses to many major sports events.

Live sports draw the largest U.S. television audiences: Sports programs delivered nine of the top 10 U.S. television audiences in 2016. Even in an era of DVRs and video on demand, live sporting events remain "must-see" viewing. Realizing the importance of ESPN's programming to many viewers, cable and satellite providers paid steady increases to maintain ESPN. The thinking goes that if they can't offer ESPN, they'll lose subscribers to competitors that do.

ESPN also earns considerable revenue from advertising, with opportunities for in-game sponsorships, in addition to the usual commercial breaks.

So over the past decade, while much of the rest of the television industry has grappled with losing viewers, advertisers, and revenue to disruptive new ways to watch shows on demand, ESPN seemed immune to the changes.

ESPN had 94.4 million subscribers in 2015 who paid an estimated average of $6.61 per month. Multiplied by 12 months, that produced yearly subscriber revenue of more than $7.48 billion. ESPN banked on that revenue when it established multi-year licenses with professional sports leagues, including a $15.2 billion deal for rights to NFL games through 2021, an eight-year, $5.6 billion agreement with the MLB and a $12.6 billion deal for NBA games that runs through 2025.

ESPN made these deals thinking that subscriber revenue would never decrease. But it has.

The television industry has been undergoing considerable changes for over a decade, but the pace and scale of these changes have escalated since 2015.

Cable channels are feeling the pain of this change in two ways. First, internet-distributed portals such as Netflix and YouTube now offer programming and new ways to watch TV. They've siphoned viewers (and advertising revenue) from cable and broadcast networks.

Second, cable channels now reach fewer homes. Some homes have canceled their cable service entirely. Others have moved to more affordable, somewhat more customizable packages – "skinny bundles" that offer fewer channels but more choice. As one of the most widely available – and most expensive – channels, ESPN was particularly vulnerable. It reached 7.4 percent fewer homes in 2017 than in 2015, resulting in a massive loss of subscriber revenue.

Other channels, from A&E to USA, also confront these struggles. But these channels aren't committed to multi-year, billion-dollar deals with professional sports leagues. Until the deals can be renegotiated, ESPN is slashing costs where it can: its personnel.

The crisis at ESPN developed because of the lack of competition. ESPN's monthly fee grew so high because cable providers had no choice but to pay it; there was no alternative channel that also provided these games. Subscribers had no way to vent frustration because ESPN prevented cable systems from offering the channel on a separate "sports tier." Subscribing to cable required receiving ESPN and the substantial monthly cost it added. This has been the case for some time, but the disruption introduced by streaming services has created competition and at last triggered an adjustment.

Flush with subscriber revenue, ESPN allowed the escalation of what could be called the "sports-industrial complex," enabling rich profits for sports leagues and teams and escalating player and coach salaries. The profitability of sports depends on these television deals.

Just as the rest of the television industry struggles with new competitors and new norms, there is no way for ESPN to go back to its previous position of demanding high subscriber fees and forcing all cable subscribers to subsidize its programming.

Some sports leagues are using internet distribution to cut out broadcast and cable middlemen entirely and now sell directly to their viewers. WWE wrestling switched to this model in 2014. The major sports leagues currently benefit from channels' willingness to pay high license fees and bear the risk of a changing market. When those fees diminish, they may follow WWE and sell access to their games directly to fans.

Once the leagues identify that there is more revenue in selling directly to fans and selling advertising themselves, sports television could experience a seismic disruption.

This is an updated version of an article first published on May 1, 2017. This article was originally published on The Conversation.