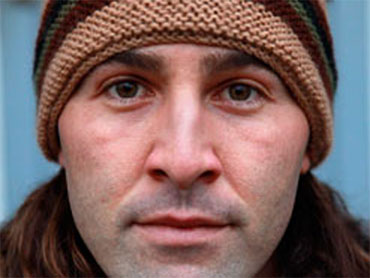 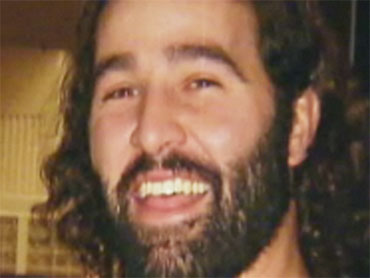 (Personal Photo)
FAIRFAX, Va. (CBS/AP) In the privacy of his own home, Erick Williamson likes to drink his morning coffee in the buff, a fact that got several of his suburban Virginia neighbors steamed.

Now, a jury of his fully-clothed peers has convicted Williamson of indecent exposure because two women said they saw him naked while walking by the windows of his house in October. He received neither jail time nor a fine, but is appealing anyway, saying a larger principle is at stake.

"I think that being tried and found guilty of something like this is outrageous," said the single father after he was convicted and sentenced. "I feel like I'm living in a fishbowl."

Williamson testified that he never intended to expose himself and was simply exercising "personal freedom" as he spent several hours naked in his Springfield home packing up belongings.

Police, prosecutors and two witnesses, though, said Williamson's actions were designed to draw attention to himself.

The first woman, school librarian Joyce Giuliani, said she heard some loud singing as she left her home and drove to work. As she drove by Williamson's home, she saw him naked, standing directly behind a large picture window.

A few hours later, Yvette Dean was walking her 7-year-old son to school along a trail that runs by Williamson's home.

She heard a loud rattle, looked to her left and saw Williamson standing naked, full frontal, in a side doorway.

"He gave me eye contact," Dean said, but otherwise made no gestures toward her or her son.

As she turned the corner, she looked back at the home, in disbelief at what she had just seen. Again, she saw Williamson, naked in the same picture window.

One of Williamson's housemates testified that Williamson had been nude well before dawn. Timothy Baclit said that he woke up around 5 a.m. to go to work and saw Williamson walking around "naked ... with a hard hat."

He said he warned Williamson that he would be visible to passersby, but that Williamson did not respond.

Williamson, 29, said the conversation with Baclit never occurred and that he never noticed that two women had seen him. He said "it did not occur to me" that people outside the home might see him naked.

Regardless of whether he was seen, Williamson's conduct does not constitute indecent exposure, said his attorney, Dickson Young.

Under Virginia law, the charge requires "an obscene display or exposure" and must occur in "a public place or a place where others are present."

Young argued that neither condition had been met.

"Mere nudity is insufficient to declare conduct obscene," Young said, noting that none of the women testified that Williamson was aroused or that he made any sort of obscene gesture. "Nudity in one's own home is not a crime."

Fairfax County Prosecutor Marc Birnbaum said the witness testimony shows that he intended to expose himself to the women by making himself visible for extended periods of time and drawing attention to himself by making rattling noises and singing.

"No one deserves to see it, certainly not a young child," Birnbaum said.

Birnbaum sought jail time for Williamson, but General District Judge Ian M. O'Flaherty imposed only a suspended sentence, meaning that Williamson will serve no jail time if he keeps out of trouble.

If Williamson follows through on his plans to appeal, though, a circuit court judge could impose a tougher punishment, technically up to a year in jail.

Kent Willis, director of the Virginia chapter of the American Civil Liberties Union, said there is no line that defines what is acceptable in these types of cases.

"How you define public and private space depends on the behavior that's taking place," Willis said. He said that if the case is pursued through appellate courts, it could potentially provide more clarity on what constitutes indecent exposure in Virginia.

Williamson, a commercial diver who has since moved out of Fairfax County, said he was shocked by the verdict. He suggested after the hearing that he was the victim of a double standard.

"If I was looking in her window, I think we'd be having a whole different conversation," he said.

WHAT DO YOU THINK: Was this indecent exposure or an obscene abuse of the law?

MORE ON CRIMESIDER
October 23, 2009 - Brewed Awakening: Man Busted for Drinking Coffee Naked in His Own House