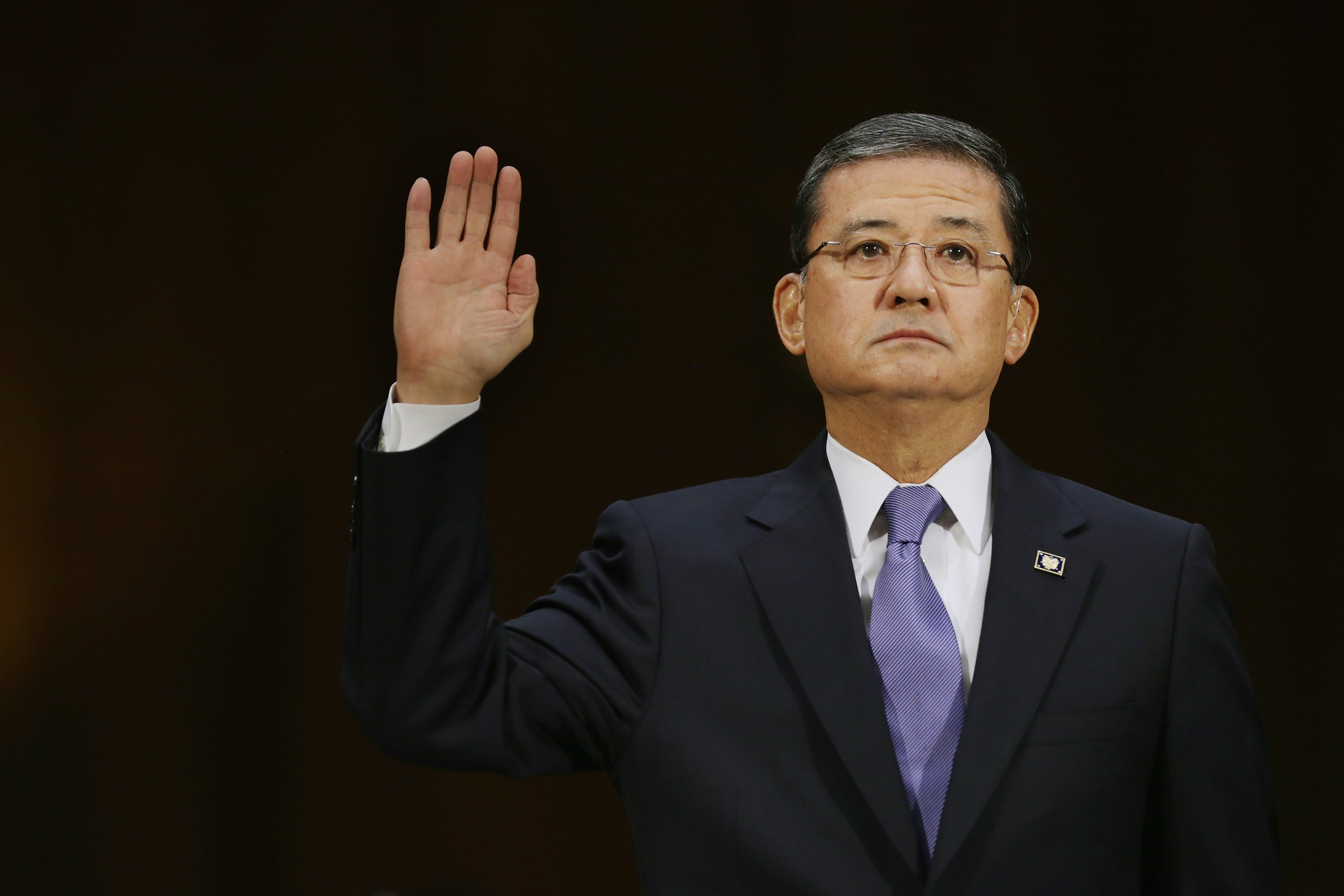 Veterans Affairs Secretary Eric Shinseki on Thursday responded to the serious allegations of misconduct at VA health care facilities in personal terms, telling Congress that it is a privilege to care for his fellow veterans.

"Any allegation, any adverse incident like this makes me mad as hell," Shinseki told the Senate Veterans' Affairs Committee in response to reports that at least 40 veterans died while waiting for care at the Phoenix VA Health Care system. The Phoenix facility reportedly worked to cover up patients' long wait times by creating a secret waiting list and later destroying the evidence. Reports suggest the same practice of using secret waiting lists may be happening elsewhere across the country.

"At the same time, it also saddens me," the secretary said. "I understand out of these adverse events, a veteran and a veterans' family is dealing with the aftermath, and I try to put myself in their shoes."

Shinseki, a retired four-star Army general who has led the VA since 2009, said he is "committed to taking all actions necessary" to rectify the problems. He said, however, that the VA Office of Inspector General (OIG) needs time to conduct its review of the reports of misconduct. Shinseki has also ordered a "face-to-face audit" at all VA clinics that he said could be wrapped up potentially within three weeks.

Lawmakers said the preponderance of evidence of wrongdoing -- gathered over more than a decade -- is enough expect action from the VA now, before the OIG investigation is finished.

"We have more than allegations at this point, we have evidence, solid evidence, of wrongdoing within the VA system," Sen. Richard Blumenthal, D-Conn., said. "It 's more than an isolated incident -- it's a pattern, apparently, of manipulating lists, gaming the system... which is not just an impropriety or misconduct, it is potentially a criminal act."

Blumenthal said that Shinseki should consider requesting assistance in the investigations from the FBI or another federal agency, particularly since the OIG's resources are limited. There is "more than sufficient" evidence of criminality, given that false statements were potentially given to the federal government, Blumenthal said.

Sen. Patty Murray, D-Wash., pointed out that the nonpartisan Government Accountability Office reported on evidence of VA "wait time failures" as far back as 2000. The OIG, meanwhile, looked at this problem in 2005, 2007, and again in 2012.

"Each time...schedulers across the country were not following VA policy," Murray said. While Shinseki may have good intentions, she said, "We've come to the point where we need more than good intentions."

Sen. Dean Heller, R-Nev., asked Shinseki why he shouldn't resign in the wake of the last month's revelations.

"I came here to make things better for veterans," he said. "Every day I start out with the intent to in fact provide as much care and benefits for the people I went to war with... This is not a job. I'm here to accomplish a mission I think they critically deserve and need, and I can tell you over the past five years we've done a lot to make things better."

Shinseki added, "We're not done yet," asserting that he won't step down "until I'm satisfied [the job is done]... or I'm told by the commander in chief that my term is served."

Some lawmakers have made the point that serious, systemic problems existed at the VA well before Shinseki took the helm. The White House has likewise defended Shinseki's leadership. President Obama is sending one of his most trusted advisers, deputy chief of staff Rob Nabors, to work with Shinseki and the VA on its review of patient access to care.

Shinseki called Nabors a "proven performer" who would bring a "fresh set of eyes" to the problem, while Murray said Nabors' involvement will "make this review more credible and more effective."

The secretary said he's not aware of any systemic practice of "cooking the books" when it comes to scheduling patient care. However, he said the several isolated cases where this has allegedly occurred "behooves us to take a thorough look." That's why, he said, the audit he ordered will take a comprehensive look at all VA clinics.

Shinseki also pointed to the efforts the VA has made to root out bad actors. In 2012, he said, the VA "involuntarily removed" 3,000 employees for either poor performance or misconduct. In 2012, another 3,000 employees -- some of them senior officials -- were removed.

In an interview with CBS News' Margaret Brennan, Defense Secretary Chuck Hagel said that Shinseki is "committed to fixing this."

He added, "These men and women who give their lives, and commit their lives and themselves to their country, and then to have something like this happen to them, is just wrong, and we do fail our veterans when this happens."

Sen. Bernie Sanders, I-Vt., the chairman of the Veterans' Affairs Committee, stressed in Thursday's hearing that it's still unclear exactly what happened in the Phoenix facility. "But we're going to find out," he said.

In the meantime, Sanders said, it's important to keep the scandal "in context."

"We must understand when we talk about VA health care, we are talking about the largest integrated health care system in America," he said. The system treats about 6.5 million veterans a year and serves more than 200,000 veterans each day.

"When I see [my health care provider], they offer me top-notch care," said Ryan Gallucci of the Veterans of Foreign Wars of the United States.

Sanders promised more hearings on the misconduct after the OIG completes its independent investigation in Phoenix.