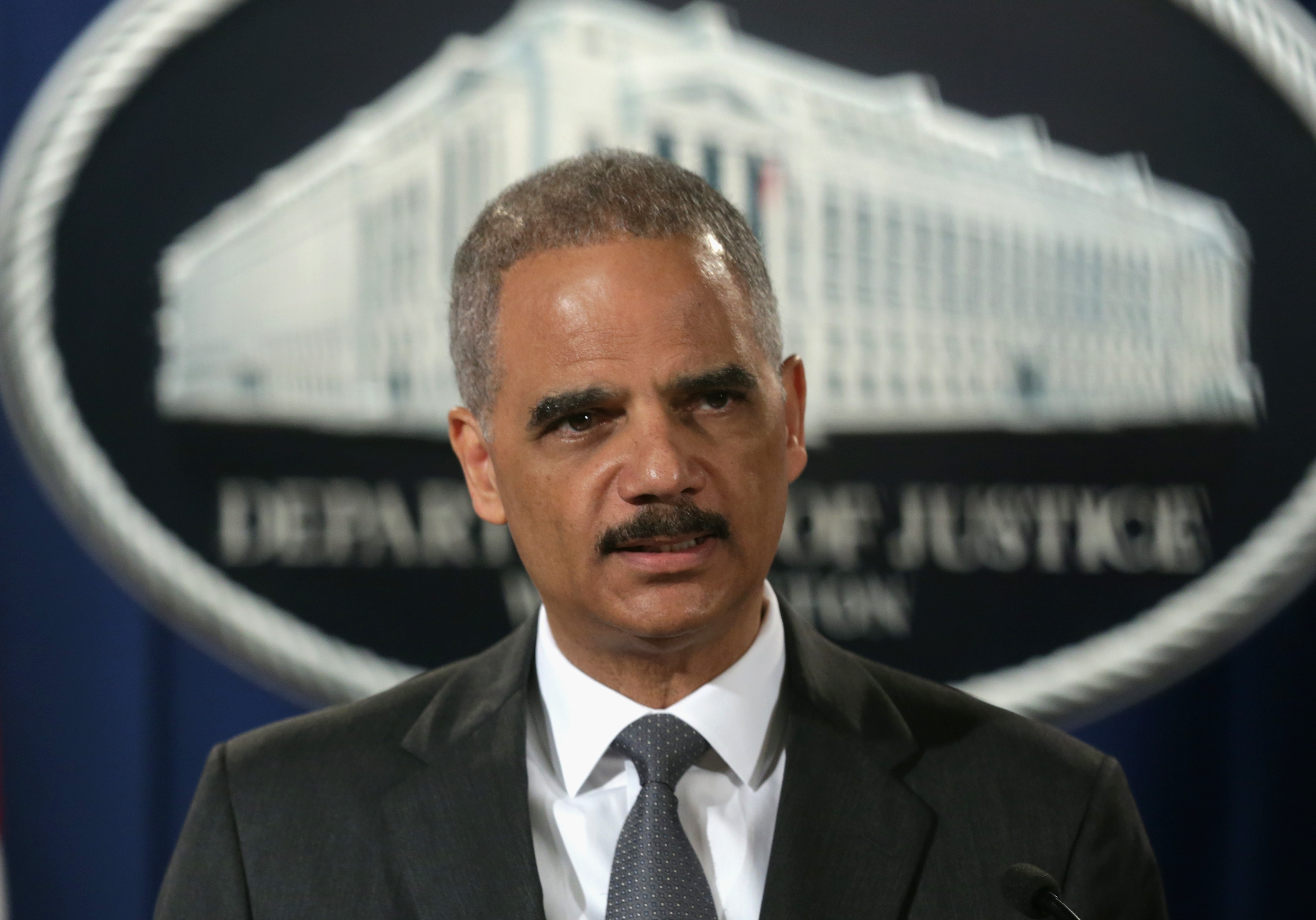 In an op-ed to the community of Ferguson, Missouri, Attorney General Eric Holder pledged that the Justice Department's investigation into the death of Michael Brown will be full and fair but said that acts of violence committed there must stop.

"We understand the need for an independent investigation, and we hope that the independence and thoroughness of our investigation will bring some measure of calm to the tensions in Ferguson. In order to begin the healing process, however, we must first see an end to the acts of violence in the streets of Ferguson," Holder wrote in the St. Louis Post-Dispatch. "Although these acts have been committed by a very small minority -- and, in many cases, by individuals from outside Ferguson -- they seriously undermine, rather than advance, the cause of justice. And they interrupt the deeper conversation that the legitimate demonstrators are trying to advance."

Holder also said that law enforcement can play a role in reducing the tensions. He noted that as the brother of a retired law enforcement officer, he understands the danger and personal risk that police officers face each day. At the same time, he said, it requires "forging bonds of trust between the police and the public."

"This trust is all-important, but it is also fragile. It requires that force be used in appropriate ways. Enforcement priorities and arrest patterns must not lead to disparate treatment under the law, even if such treatment is unintended. And police forces should reflect the diversity of the communities they serve," he wrote.

He said it is "painfully clear" more progress, dialogue and action is needed on this issue in cities across the country.

Holder is traveling to Ferguson Wednesday at the request of President Obama, making him the first high-level U.S. official to visit the St. Louis suburb since 18-year-old Michael Brown was shot there last week. Clashes between police and protesters have been a daily occurrence since then.

Holder will meet with FBI agents and Justice Department personnel conducting the federal criminal investigation into the shooting, as well as other community leaders. Over the weekend he ordered the Justice Department -- which is looking into possible civil rights violations in the case -- to arrange for an additional autopsy on Brown's body to be performed by a federal medical examiner, which was performed Monday. The results will not be made public, but a Justice Department official tells CBS News Holder discussed the results with the federal medical examiner on Tuesday.

As for the visit to Ferguson, Holder laid out tall aims and a promise to stand with the community.

"This is my pledge to the people of Ferguson: Our investigation into this matter will be full, it will be fair, and it will be independent. And beyond the investigation itself, we will work with the police, civil rights leaders, and members of the public to ensure that this tragedy can give rise to new understanding -- and robust action -- aimed at bridging persistent gaps between law enforcement officials and the communities we serve," he wrote.