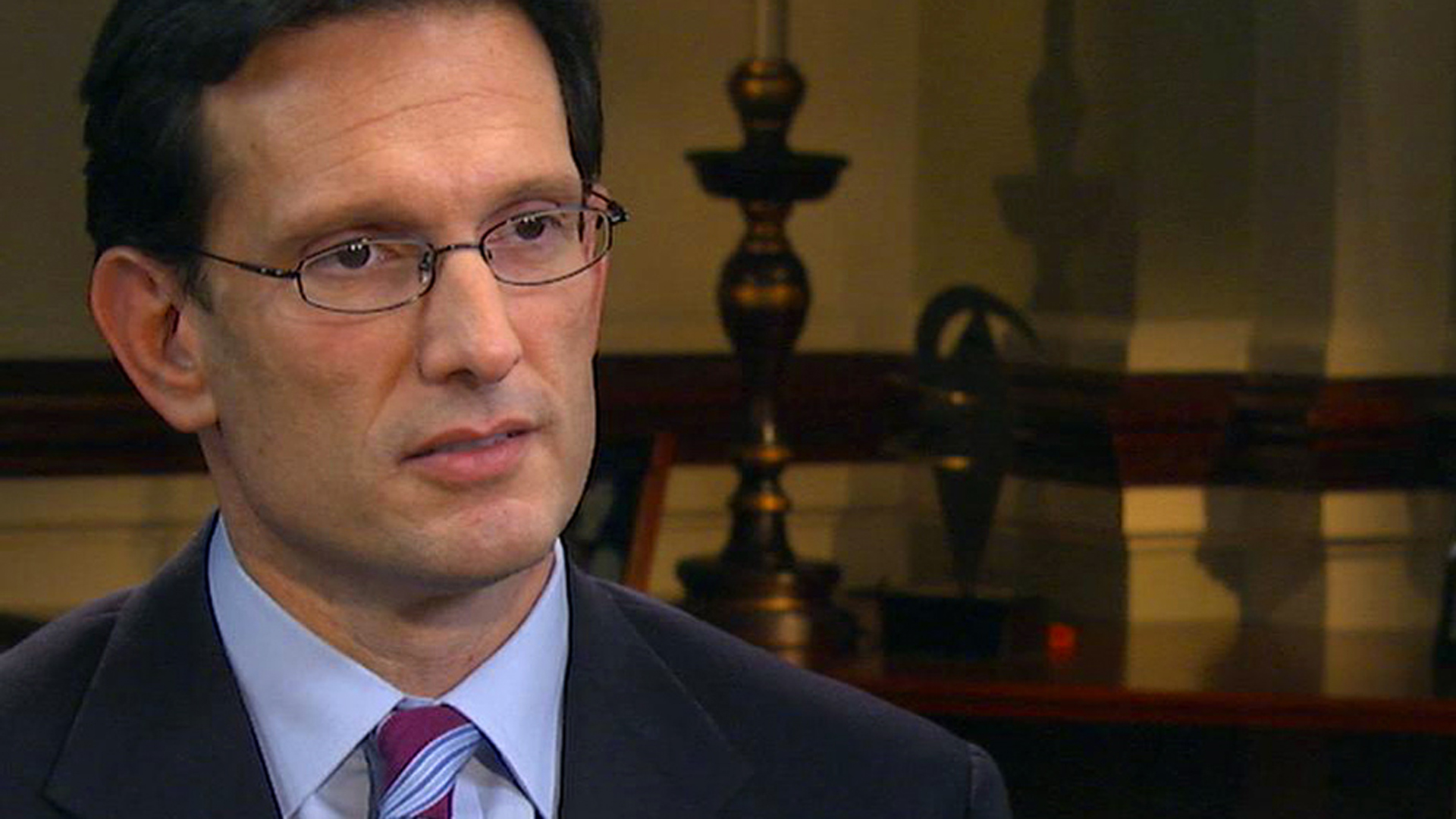 When Cantor spoke with Lesley Stahl on 60 Minutes in 2012, he was falling in national opinion polls and President Obama labeled him the poster child of all-things-wrong with the Republican Party.

The White House blamed Cantor more than anyone for disrupting President Obama's first term, especially for scuttling one set of deficit reduction talks after another.

Cantor became known as "Dr. No" and an instigator of congressional gridlock. At the time, he had used his authority as majority leader to prevent a vote on President Obama's jobs bill.

In the interview, Stahl asked Cantor to respond to critics who charged his stalling strategy was meant to deprive Obama of any victories:

STAHL: Why go through this brinksmanship, gamesmanship, one-upmanship? Explain it. Maybe there's a real good answer.

CANTOR: Well, ultimately, this is part of the legislative process...I know it's frustrating. I live it.

At the time, Cantor was worried about his hard-line image, so he invited Stahl and the 60 Minutes team back to his home to see his "other side."

He introduced the crew to his wife and children, including his youngest son, who told Stahl, "No one would ever know it, but he's cool."

Cantor also discussed growing up in a Jewish family in the Christian South. He was one of the only Jewish students at a private Christian school, where he attended chapel every morning. At home, Cantor said he kept kosher and studied Hebrew. In Congress, he was the only Jewish Republican.

Cantor told Stahl he knew how to get along, contrary to popular belief, but when asked if he was willing to compromise with Democrats, Cantor said he'd prefer to "cooperate." His strategy didn't work in his district. On Tuesday, Republican voters in his district chose a more conservative candidate in David Brat.

The full 60 Minutes interview with Eric Cantor, which aired Jan. 1, 2012, is posted in the video player above.

Bill Gates says he is determined as ever to drive innovation