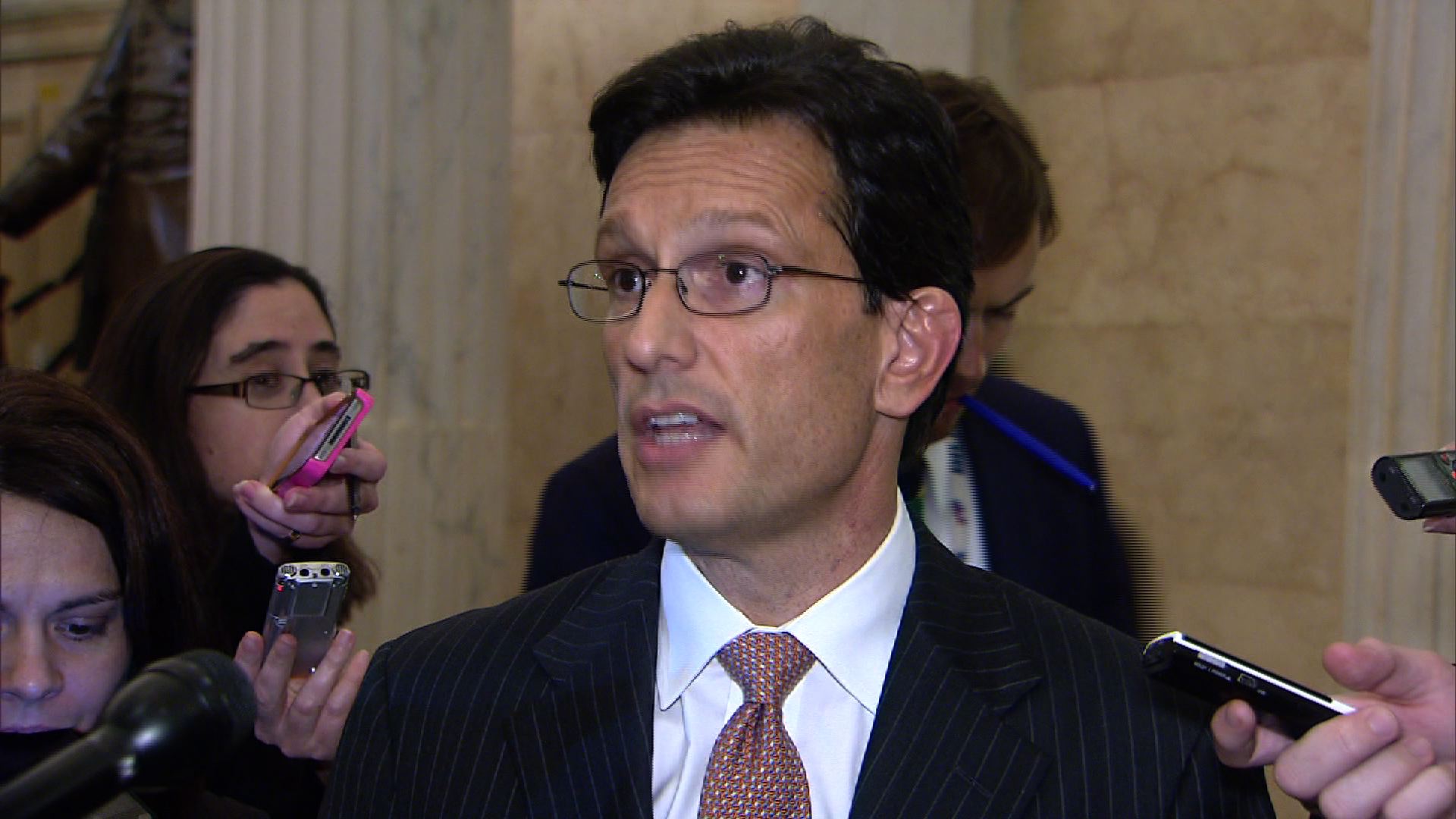 Declaring that “hope is not a strategy” when it comes to foreign policy, House Majority Leader Eric Cantor, R-Va., on Monday criticized President Obama’s strategy in regions of the world, calling for more assertive and decisive actions in places like Iran and Syria.

“American foreign policy should not be guided by hollow rhetoric, unwise or moveable timelines, and unenforced red lines,” Cantor said at the Virginia Military Institute, in Lexington, Va. “Instead, it should be driven by clear principles: protect the homeland, defend our allies, and advance freedom, democracy and human rights abroad, while maintaining a military superiority that cannot be matched.”

Many Americans and politicians from both parties “want to believe the tide of war has receded,” Cantor said, when in fact “the tide of war is not receding, it is flowing.”

Cantor decried the current interim agreement between the U.S. and Iran for allowing Iran to continue enriching uranium.

“Like all Americans, I hope to see Iran abandon its nuclear aspirations through peaceful negotiations, but hope is not a strategy,” he said. “The United States must remain firm. Already, the limited sanctions relief provided by the interim deal has undermined the perception of international pressure so critical to convincing the Iranians to change course.”

The Republican leader said the U.S. should “lay the groundwork now for additional sanctions” in the event that Iran violates the terms of the interim agreement -- a move the White House opposes.

In Syria, the U.S. should do more to coordinate an international effort to support the moderate opposition, Cantor said, criticizing the president for using threatening language against the Assad regime without following through on it.

“Syria is a big reason our allies do not trust us, and our adversaries do not fear us,” he said. “Having led our allies and adversaries in the Middle East to believe we would strike, America backed down, and leapt at Russian President Vladimir Putin’s concrete life preserver of a plan to have the United Nations get rid of Assad’s chemical weapons.”

Cantor also slammed Mr. Obama for failing to shape a Middle East strategy in the wake of the Arab Spring, allowing for the “Talibanization of the Middle East.” The lack of U.S. leadership in Libya has had similar consequences, he said.

“Just as we failed to capitalize on the promise of the Arab Spring, we failed to combat the dangerous growth of instability and extremism in Libya before it was too late,” Cantor said, referring to the Sept. 11, 2012 attack in Benghazi. “Since that deadly day no one has paid a price for this outrageous attack, no one has been brought to justice. What message does it send to the terrorists that an American Ambassador can be killed with apparent impunity?”

Cantor called for a more skeptical relationship with Russia while also calling for “aggressive action against terrorist leaders.”

To maintain its position of global leadership, he said, the U.S. “cannot continue to blindly reduce defense spending.”

Cantor did commend the president for seeking new free trade agreements in Asia. “Free markets and free trade have helped not only to generate economic growth on both sides of the Pacific but also to give nations an incentive to play by the rules of international trade,” he said.