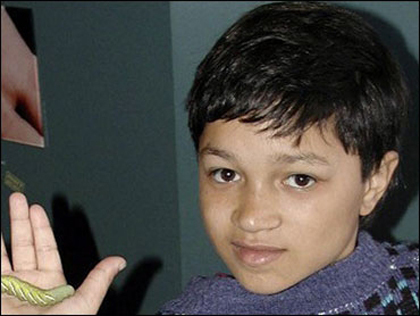 The 17-year-old pleaded guilty to the murder charge Monday, as well as to one count each of voluntary manslaughter and use of a firearm, said Ventura County Chief Deputy District Attorney Mike Frawley.

The case drew wide attention because of its shocking premise: McInerney, in a fit of homophobic rage, shot Larry twice in the back of the head during a computer class because he was offended by the 15-year-old's dress and how the victim interacted with him.

"I don't think that 21-year sentence is justice for my son, but I understand the reality that was facing the DA of trying to convict a defendant who was 14 ... when he committed the murder," Greg King said.

McInerney was only 14-years-old at the time of the February 2008 shooting.

According to CBS Los Angeles, authorities maintained the shooting was premeditated and deserving of a murder conviction. During the trial, prosecutors noted at least six people heard McInerney make threats against King in the days before the shooting.

After serving nearly four years since King's slaying, McInerney will be released just shy of his 39th birthday. Prosecutors had previously offered a plea deal that would have sent McInerney to prison for 25 years to life but his attorneys passed.

McInerney is scheduled to be sentenced Dec. 19.